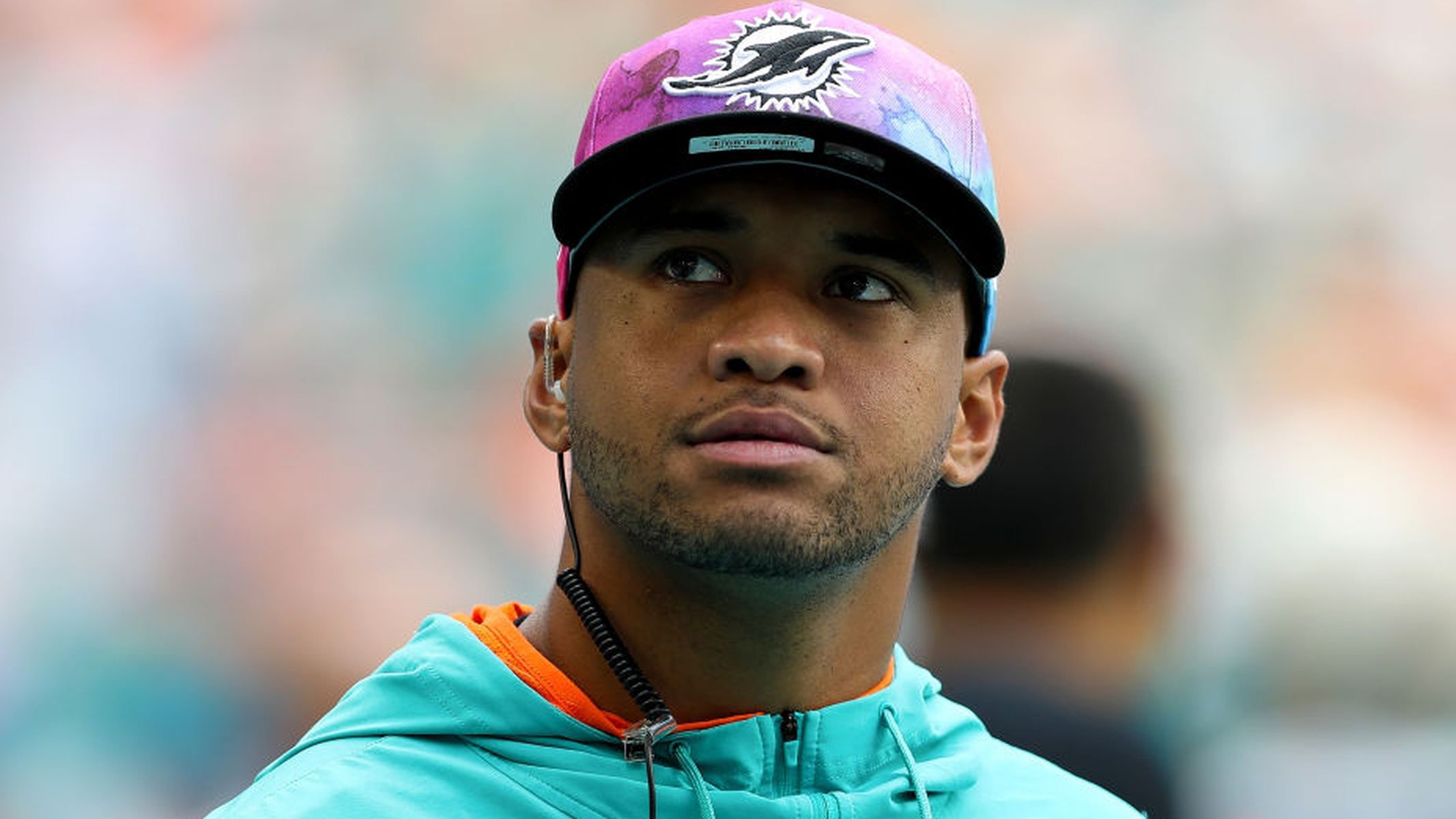 After Miami Dolphins quarterback Tua Tagovailoa’s head hit the turf during a sack in an NFL game against the Cincinnati Bengals on Sept. 29, a frightening scene played out for the next few minutes before the players, coaches and fans at Paycor Stadium and the millions watching the Thursday night contest on Prime Video.

Down on the turf, his hands and arms momentarily rigid in front of his face, the former Alabama All-American was moved onto a backboard, lifted onto a stretcher and taken off the field. From the locker room, Tagovailoa was taken to University of Cincinnati Medical Center.

But it wasn’t frightening for Tagovailoa.

“I wouldn’t say it was scary for me at the time because there was a point where I was unconscious,” Tagovailoa said on Wednesday in his first interview since the injury, “so I couldn’t really tell what was going on. When I did come to and kind of realized what was going on, what was happening, I didn’t think of anything long-term or short-term, I was just wondering what happened. …

Diagnosed with a concussion, Tagovailoa has missed two games while moving through the NFL’s return-to-play program for concussed players.

“I would say it was pretty cool with the support that was shown – a lot of love and support,” Tagovailoa said. “I would say shoutout to my neighbors that live in the community that I live in. They were very, very respectful, very kind to have made some things. They brought over notes from their kids. Their kids would bring over candies, things that they would bake, things that they would color, so I thought that was super-cool. I could feel the support, and my family could feel that. And then just guys from across the league reaching out.”

Tagovailoa practiced on a limited basis for the first time since his injury one week ago. He returned to full participation in practice on Friday, and he cleared the concussion protocol on Saturday. But the Dolphins held him out of Sunday’s game against the New York Jets.

Miami plans to have Tagovailoa back at quarterback when they face the Pittsburgh Steelers on Sunday night.

“I went into last week prepping as if I were going to play still,” Tagovailoa said. “Just being able to get back into football, getting to do team activities, throwing routes to the guys, but I would say no different than this week. I’m just really excited that I can prepare and play this Sunday, and I think everyone’s excited to go out there and compete against a really good Steelers team.”

Tagovailoa said the most difficult part of his injury was “watching my team go out to battle and I can’t do anything to help them on the field.”

Miami coach Mike McDaniel said Tagovailoa’s “love for the game” was evident while the quarterback was sidelined.

“In a simple but not simple form, I’ve seen how much he loves his teammates and how he loves the game of football,” McDaniel said. “I can see that he understands his responsibility as a leader, which he has fully embraced and resonates with all the guys, so he knows that he has to be in the moment for the players that are playing and contribute the way he can. And so he’s been very positive.

“But I can also tell that he thirsts for the brotherhood, for the camaraderie, for the competition. There’s a saying that you never know what you had until (it’s gone), and I think it wasn’t that he didn’t exude that, it was just blatantly obvious to everyone around him that he was missing out on something that he truly loves. It’s a cool thing to find out in an adverse situation about a player that you coach.”

In his final game at Alabama, Tagovailoa also sustained an injury that sent him to the hospital. In an SEC game against Mississippi State on Nov. 16, 2019, Tagovailoa suffered a dislocated hip and posterior wall fracture.

On Wednesday, Tagovailoa said the memories of his injuries won’t keep him out of the competition.

“Those kind of things weigh more on my parents than they do for me, just with me being their son,” Tagovailoa said. “I just want to go out there and do good for our team, do right for the organization, do right for the guys inside the building I see every day that work really hard.” Tennessee vs. Georgia by the numbers: Poll leaders square off Latest News New technology coming to Birmingham’s Real Time Crime Center: ‘We have to be one step ahead’ of criminals, chief says Latest News