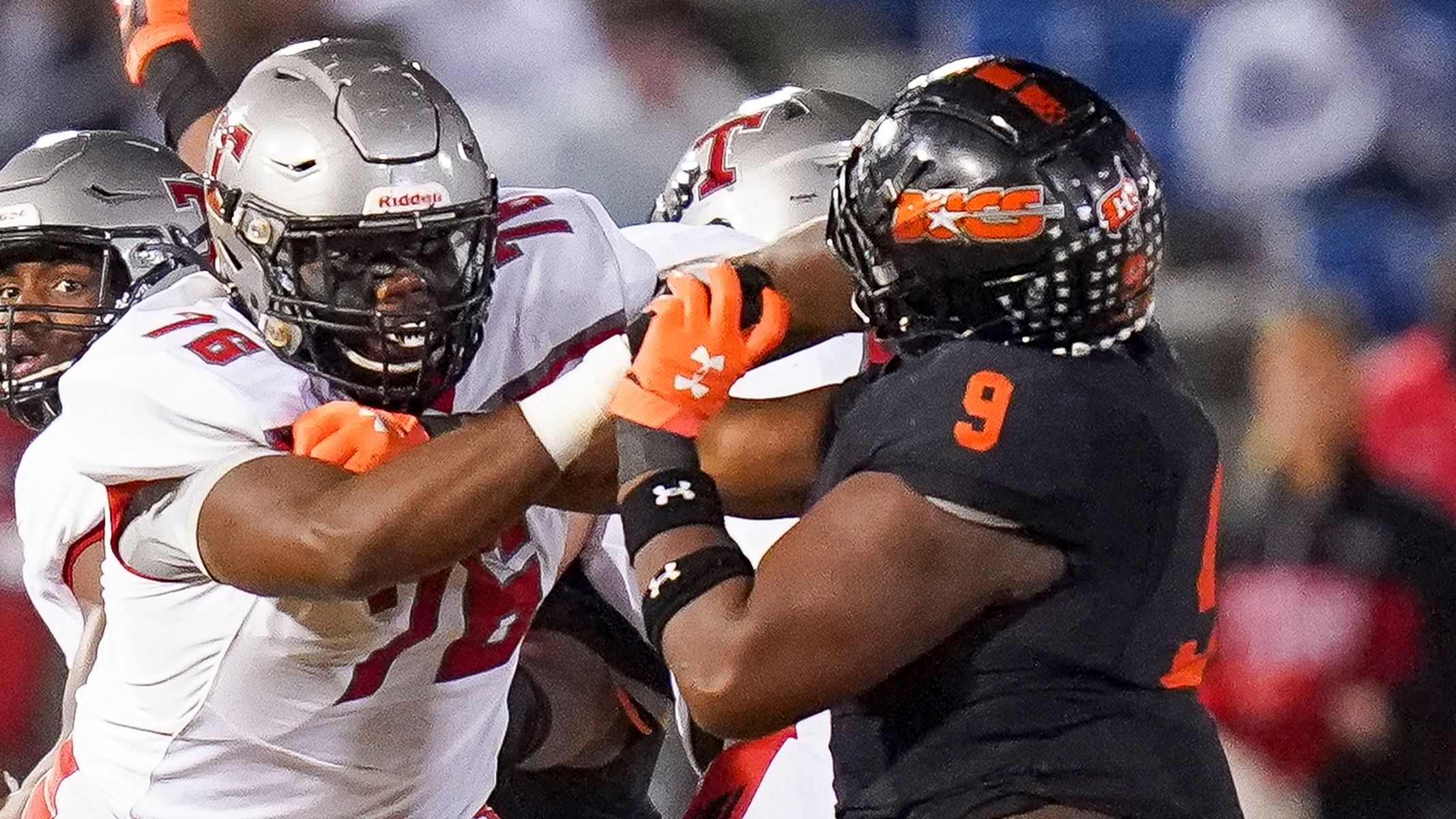 This is an opinion piece.

As far as the regular season goes, the games don’t get much bigger than the Week 10 high school football slate.

In almost every region of the state, it seems like we saved the most anticipated games for the second-to-last week of the regular season.

Hoover (8-1) at Thompson (7-2): No one is stunned that the Bucs and Warriors will decide the Region 3 champ in Alabaster on Friday. It also won’t surprise anyone if these teams play again in a month. After all, they’ve played in five straight 7A semifinal games. This is the rivalry that coaches voted the best in the state in an AL.com survey this summer.

Saraland (8-0) at Theodore (8-0): This is THE game of the year in Coastal Alabama. It will decide the 6A, Region 1 champ. It’s an intriguing matchup of styles pitting Theodore’s physical running game against Saraland’s speed and ability to play in open space.

Faith Academy (7-1) at UMS-Wright (8-0): UMS has been No. 1 in Class 5A since the first preseason poll, and head coach Terry Curtis is 2 wins away from tying Buddy Anderson as the state’s all-time winningest coach. Faith has won six straight games and allowed 41 points all season. A UMS win clinches the outright region title. A Faith win likely means a three-way deadlock with Gulf Shores.

Priceville (9-0) at Randolph (7-1): The battle for the 4A, Region 8 championship features two of the higher scoring teams in the state. Priceville has scored 392 points, including 72 last week in a win over Westminster Christian. Randolph, led by QB Andrew Hunter, has scored 379 points. The Raiders have scored at least 50 points in five of their last six games.

Montgomery Catholic (9-0) at Andalusia (9-0): Speaking of high-scoring teams, no one has scored more than Montgomery Catholic in the past two seasons. The Knights have outscored the competition 1,159-100 in their last 23 games with only one loss. Kirk Johnson’s team features Auburn RB commit and Mr. Football contender Jeremiah Cobb. Andalusia has scored 428 points during its unbeaten run and features top junior RB J’Marion Burnette.

Pike Road (5-3) at Carver-Montgomery (7-1): This is a Thursday game at Cramton Bowl in Montgomery. It will be full of top recruits, including the Wolverines’ uncommitted defensive duo of James Smith and Qua Russaw. Pike Road counters with uncommitted senior OL Vysen Lang and sophomore RB sensation Anthony Rogers.

Going for a milestone

Lazenby enters the game with an overall record of 199-106.

He went 38-18 in five years at Guntersville, 6-6 in one year at Southside-Gadsden and 41-12 in four years at Benjamin Russell.

In 2007, he took over a Bayside Academy program that had won just 22 games since its inception in 2001 and had never made the playoffs. Now in his 16th year, Lazenby has won 114 games at the Daphne school, led the Admirals to the playoffs 12 times and coached the team to the 3A championship game in 2015.

The Admirals are 5-3 this year. They need to beat 1-7 Satsuma on Friday and have St. Michael lose at T.R. Miller to earn a 13th playoff trip during Lazenby’s tenure.

Social media in general is certainly not the best thing that ever happened to the world, but there are some positives about it.

One of those is being reminded of special days for family and friends.

On Tuesday, Facebook reminded me that it was my friend Vic Knight’s birthday. He would have been 63. We lost Vic last May after a lengthy battle with cancer. He was a fixture in Mobile for years, first at the Senior Bowl and later as the General Manager of Ladd-Peebles Stadium.

He also was a good friend, one of those guys who was always ready with a good joke and a laugh, and a long-suffering Chicago Cubs fan. I miss him each day and especially when I go to Ladd for high school games.

Praying for your family this week as they remember you on your special day.

Ben Thomas is the high school sportswriter at AL.com. He has been named one of the 50 legends of the Alabama Sports Writers Association. Follow him on twitter at @BenThomasPreps or email him at [email protected]. His weekly column is posted each Wednesday and Friday on AL.com. He can be heard weekly on the Cooper Restaurants “Inside High School Sports” on SportsTalk 99.5 FM in Mobile or on the free IHeart Radio App at 2 p.m. Wednesdays. Confirmed Renewal! Release Date, Trailer, Cast and Everything to know about the spy series Latest News