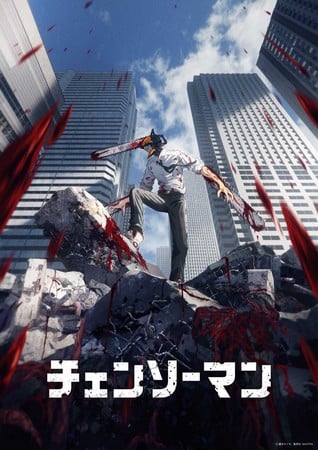 Chainsaw Man manga creator Tatsuki Fujimoto is more heavily involved in the anime’s production than most manga creators. The manga’s editor Shihei Lin tweeted on Tuesday: “Fujimoto-san has seen all the Chainsaw Man‘s pitch documents, story structure, scripts, and even the storyboards. He has continued to be in close contact with MAPPA‘s anime team.”

Fujimoto’s work on the anime is no secret. At Anime Expo in July, MAPPA producer Makoto Kimura revealed that Fujimoto’s involvement extended to the casting, planning, and music. This was because the staff wanted the anime to capture as much of the manga’s original vision as possible, including the violence and gore. MAPPA approached Shueisha with the pitch for the project.

The anime premiered on TV Tokyo and five other affiliated channels, as well as on Amazon Prime Video on October 11. Crunchyroll is streaming the anime in over 200 countries and territories around the world.