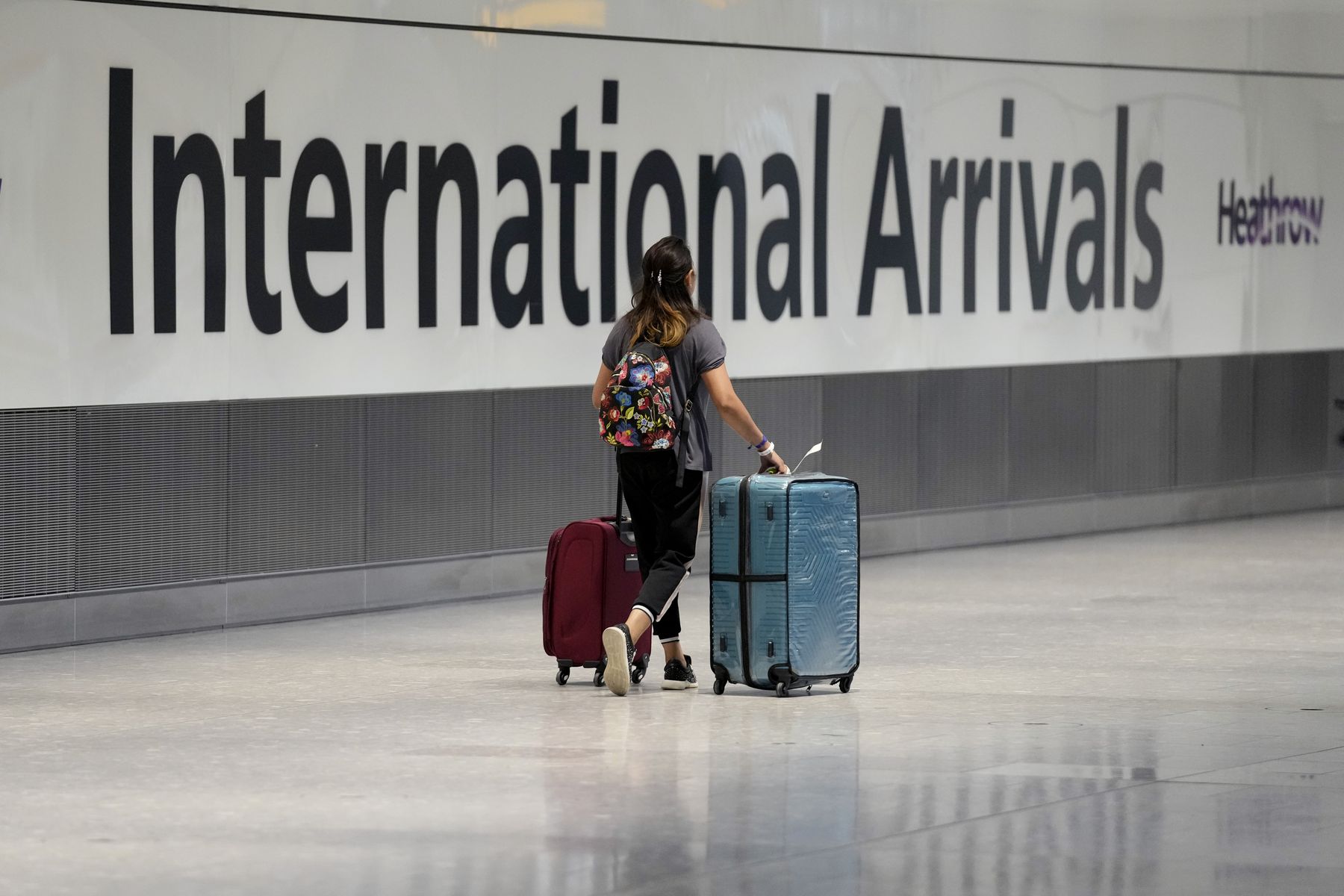 The man seated across from my husband on a commuter train in London last week wore a familiar-looking logo on his jacket front. It was a red letter A, styled with a cross flourish. No, it wasn’t Nathaniel Hawthorne’s “Scarlett Letter,” but one almost as famous, at least in our parts.

My husband doesn’t usually talk to strangers when we’re traveling, but he couldn’t resist this reminder from home. So he said the password that surprised the stranger and made him smile: “Roll Tide.”

The man was on a business trip from Dallas and said he always wore his swag in season. We all got off at Paddington Station and went our separate ways, but it was a nice welcome sign on our first hour far from home.

If you don’t talk to people when you’re in a foreign country, you lose the opportunity to connect and to learn something. Why look at your phone to get information about Borough Market, the 1,000-year-old street market at the foot of London Bridge, when you can ask your Uber driver about his favorite cheese stalls or fish and chips cafe?

Why wander along the Thames searching for a wine bar before The Globe’s production of a Shakespeare play when you can stop a stranger and ask, politely, for the name of a local place that’s not in the guide books? Maybe his friend runs it. Maybe his son works there.

If you speak English, even the Southern-tinged kind, why not talk to locals, even if they’re newcomers themselves?

We were in town for a family wedding and had a few days to sightsee. While some of us rode the Tube, London’s subway, others walked or took cabs and Ubers. If you talk to the driver, he’ll tell you what he’s thinking as he maneuvers through the thick traffic.

One driver worries about the stores in his neighborhood that closed during COVID and may never open again. He worries about where people will work.

Another driver misses hIs eight month old daughter — here he shows me a phone photo — who lives with her mother in a smaller town. She’s his heart, he says. She’s learning to crawl.

By the time we got to the wedding venue at the seacoast town of Aldeburgh, we’d talked to dozens of strangers. Some became friends as our two families joined together.

And when the festivities were over and we went back to London to catch our flight home, we had one more conversation.

We were in a miles-long line at London’s Heathrow Airport, the busiest in Europe. The crowd was the size of a sold-out rock concert. The line inched forward slowly. Passengers carried laptops and backpacks and pushed suitcases on wheels. Evelyn stood next me. She was a small, older woman who struggled to balance her belongings and move on through the line. We looked like sherpas who carried our own stuff instead of someone else’s.

I told her we were headed home after a family wedding. She said everybody loves a wedding. We overheard an airport attendant say she’s never seen it like this as she looked out over the crowd. Neither had Evelyn. She knew she had to fly to visit her father in Florida, though, no matter how crowded the post-COVID flights were. He’s 98. The Queen was 96. Right after the funeral, Evelyn booked her flight. You never know.

We chatted for another twenty minutes then said goodbye at the security desk where we took off belts, jewelry, and jackets. We put our things in those gray plastic containers and marched though the metal detectors hoping alarms didn’t go off. It was like entering a prison, but one of our own choosing. Our sentence is only eight hours — the length of the flight back home.

I waved goodbye to Evelyn. She waved back. We all moved forward. I hope she got to see her father just one last time. I looked back in her direction but she was already lost in the crowd..