Shueisha‘s Weekly Shonen Jump magazine started its “Great Thanksgiving Campaign” on Wednesday in celebration of reaching 700,000 readers/subscribers every issue of the digital magazine. Meanwhile, the Japan Magazine Publishers Association (JMPA) revealed in August that the magazine’s print circulation fell to 1,290,417 copies during April to June of this year. 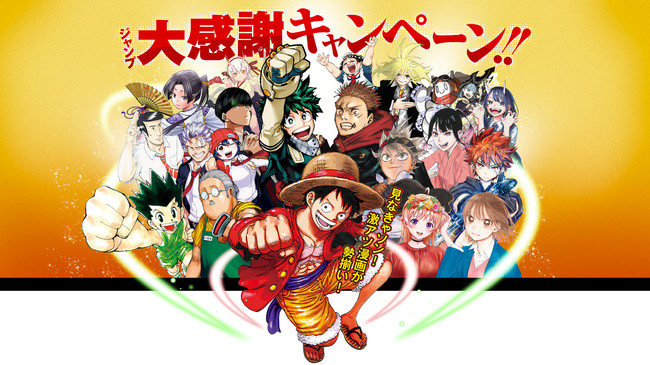 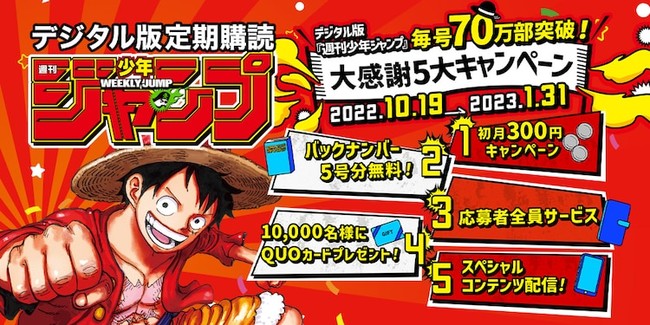 The digital magazine will also give away tickets in a special lottery for its subscribers for the Jump Festa 2023 event on December 18-19.

The fall continues a steady decline in circulation the magazine has undergone in at least the last eight years, nearing about half of the January-March 2014 number of 2,715,834.