Sony Interactive Entertainment (SIE) announced on Tuesday that it will release the DualSense Edge, a new customizable controller for the PlayStation 5, globally on January 26. Pre-orders will begin on October 25. The official PlayStation YouTube channel posted a video to highlight the controller’s features on Tuesday. 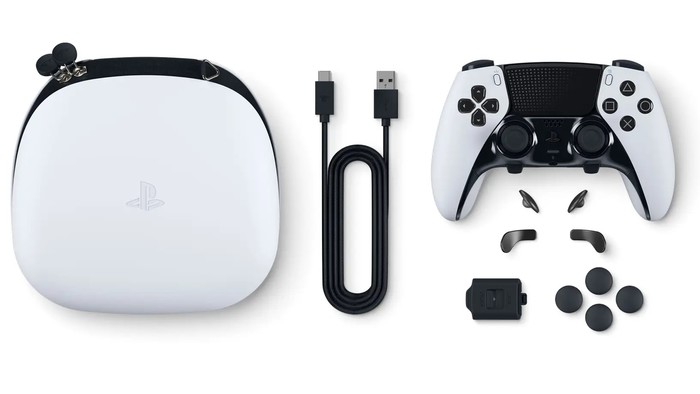 The controller will have a recommended retail price of US$199.99, with stick modules available for purchase separately for US$19.99.

The controller will feature a user interface that will allow players to swap profiles, adjust volume, and adjust profile settings within the controller alone.

It will also feature swappable stick caps: standard caps, low dome, and high dome. Stick caps will be sold separately. The entire analog stick module is fully replaceable. The controller will feature back buttons that are replaceable with half dome and lever variations, and can be mapped to any other button input in the controller for ease of access.