The Silent Hill 2 remake game launch on PlayStation 5 and PC. It will be a console exclusive on PS5 for 12 months. Bloober Team’s (Layers of Fear, Observer, Blair Witch, and The Medium) is develpikng the game. Mateusz Lenart is the creative director and lead designer for Silent Hill 2. Maciej Głomb is the lead producer. Silent Hill series monster designer Masahiro Ito is the concept artist for Silent Hill 2. Akira Yamaoka is returning to compose the remake. Motoi Okamoto is the series producer.

Silent Hill: Townfall will be a co-production between No Code (Stories Untold, Observation) and Annapurna Interactive (Stray).

Silent Hill: Ascension will be a “live” interactive streaming experience shared by players online. The event will go live in 2023. Genvid, Behaviour Interactive (Dead by Daylight), J.J. Abrams’ Bad Robot Games, and dj2 Entertainment – a company that adapts games for television and film – are working together on the experience.

Silent Hill f will have a new story set in 1960s Japan. Ryukishi07 (Higurashi) is writing the story, kera is the creature and character designer. Motoi Okamoto is the producer. Neobards Entertainment (Resident Evil Re:Verse) is developing the game.

IGN reported earlier this month that film director Christophe Gans (Crying Freeman, 2006 Silent Hill), who is working on the upcoming Silent Hill film, had stated in an interview with French news website Movie and Game that Konami was developing new Silent Hill games. He also stated that the company is looking to “revive the franchise” and that “there are several games” in production. 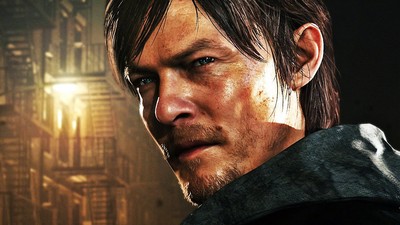 Gans stated during the interview that he is working with the original creators of the franchise at Konami as well as several different teams that are all working on the new games. However, he is not working directly on the games. He also confirmed that he has not been working with Hideo Kojima. He further elaborated that the success of the remakes of the Resident Evil had an influence on Konami‘s decisions regarding the Silent Hill franchise.