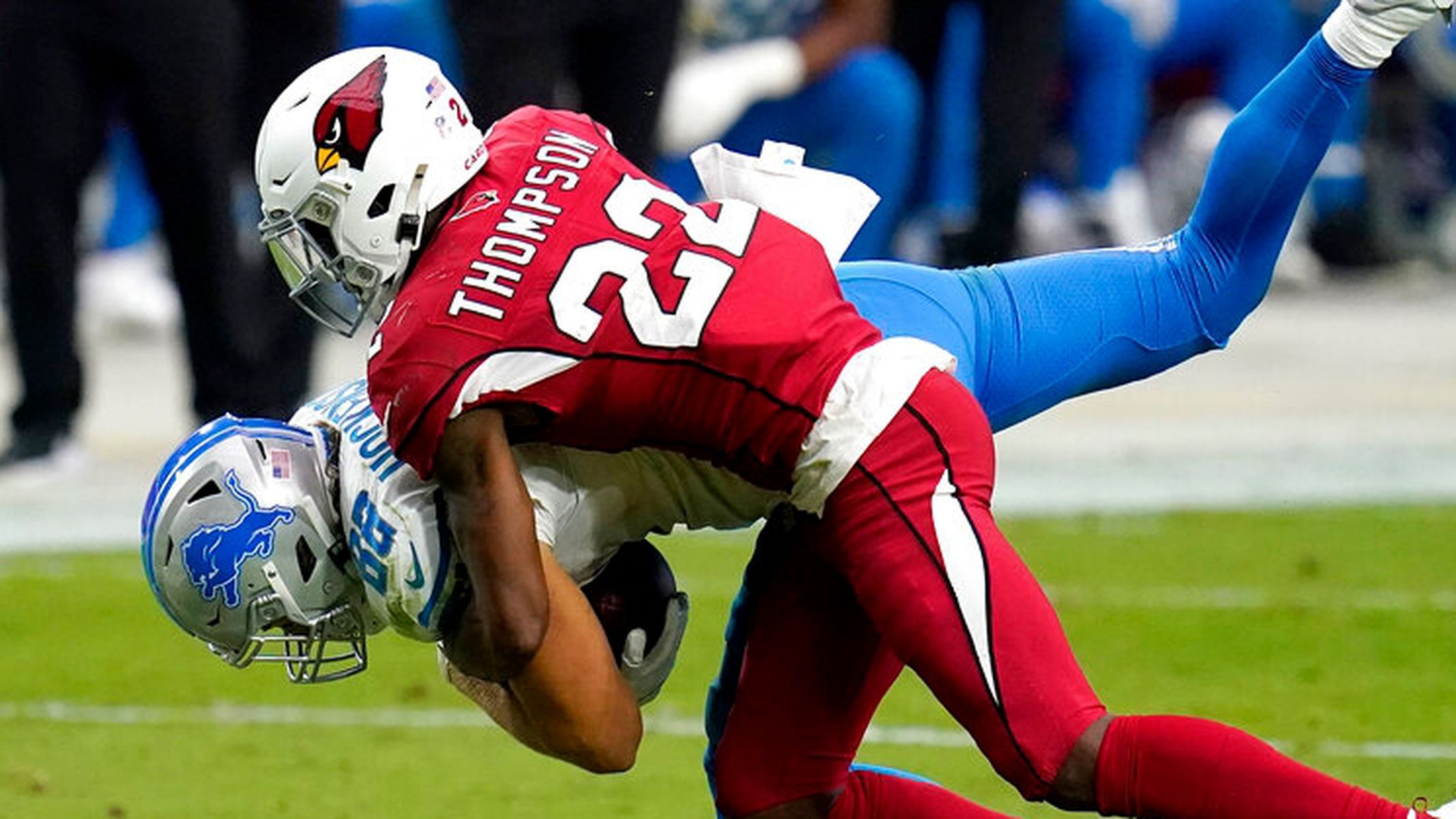 Safety Deionte Thompson returned to the NFL on Tuesday when the Jacksonville Jaguars added him to their practice squad.

Thompson had been out of football since the Arizona Cardinals waived the former Alabama defensive back on Sept. 27.

Four players from Alabama high schools and colleges were signed for NFL practice squads on Tuesday. The others were:

· Running back Spencer Brown (Mortimer Jordan, UAB) rejoined the Carolina Panthers, who had released him at the end of the preseason with an injury settlement. Brown spent his rookie season on the Panthers’ practice squad. He was active for four games in 2021 but played in only one.

· Offensive tackle Korey Cunningham (Montevallo) rejoined the New York Giants. Cunningham has played in 30 NFL games, including 12 with the Giants in 2021. New York released Cunningham on July 22 with a non-football injury designation.

· Running back LaMical Perine (Theodore) signed with the Miami Dolphins. Perine ran for 263 yards and two touchdowns on 72 carries in 14 games over the previous two seasons with the New York Jets. The Jets released Perine at the end of the preseason, and he spent a week on the Philadelphia Eagles’ practice squad last month.

Each NFL team can elevate two practice-squad members to active status for each game, making them eligible to play that week.

Another player with Alabama football roots left an NFL roster on Tuesday, but now will have an opportunity to play in the 2022 season, if one if offered.

Former Alabama wide receiver Slade Bolden was waived with an injury designation by the Baltimore Ravens on Aug. 23. Bolden needed surgery for a sports hernia. On Tuesday, the Ravens released Bolden from injured reserve, and if he clears waivers on Wednesday, he’ll be free to sign with any team.

Thompson played six defensive snaps and 49 special-teams plays in three games this season before being released by Arizona.

Thompson played in 44 regular-season NFL games and one playoff contest, with six starts, for Arizona. He has career totals of 54 tackles and three pass breakups while playing 661 defensive snaps and 582 special-teams plays.

Thompson earned recognition as a consensus All-American for Alabama in 2018 before joining the Cardinals as a fifth-round selection in the 2019 NFL Draft. What We Know About The New Characters In Spider-Man: Across The Spider-Verse Latest News