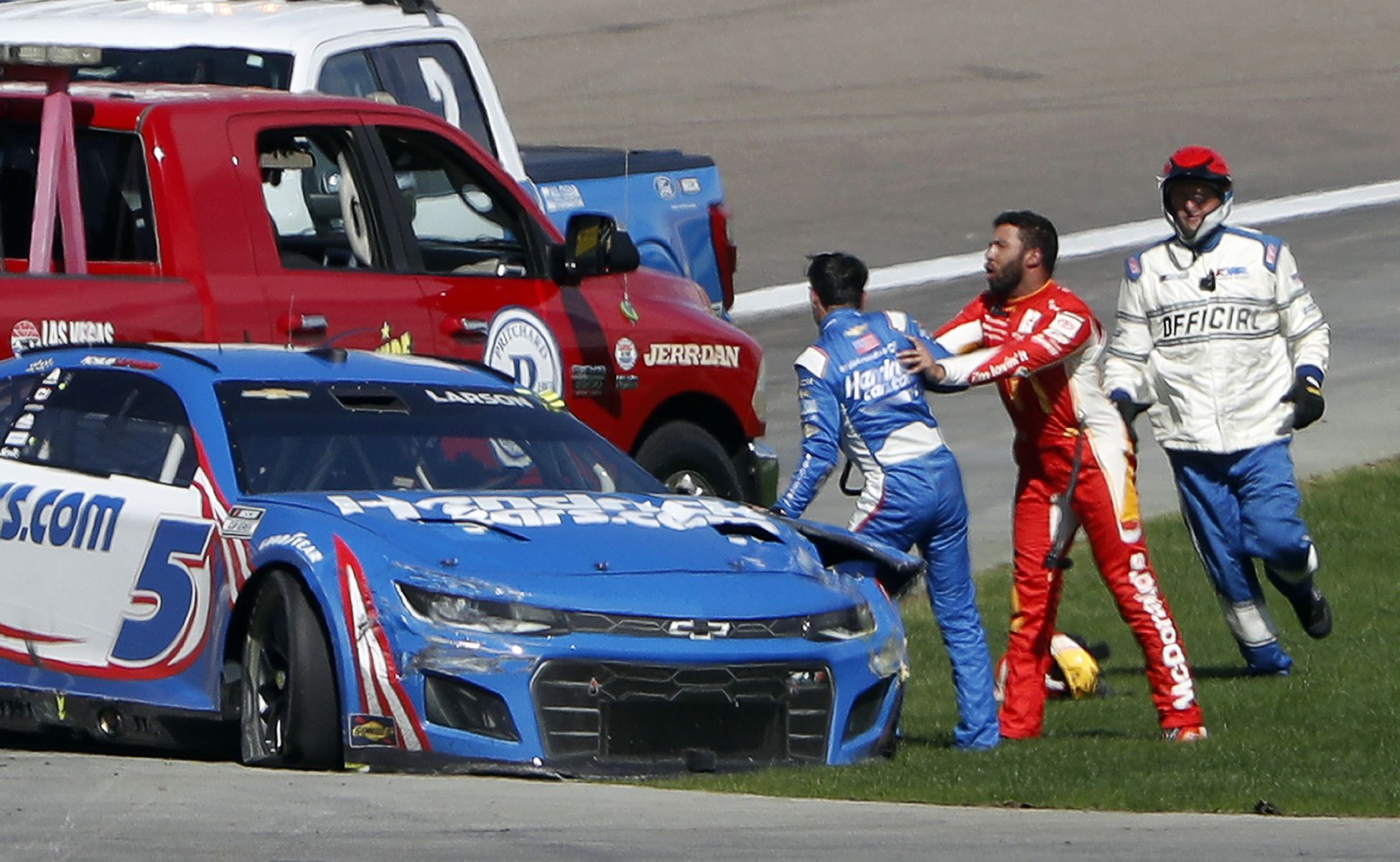 Bubba Wallace received a one-race suspension from NASCAR on Tuesday.

An investigation determined he deliberately spun reigning Cup champion Kyle Larson at Las Vegas in a “dangerous act” of retaliation before confronting him afterward.

Wallace had a shoving match with Larson after Sunday’s incident at Las Vegas and also pushed away a NASCAR official.

The suspension handed down Tuesday falls under NASCAR’s behavioral policy, and technically could cover most of Wallace’s actions at Las Vegas.

But Steve O’Donnell, the executive in charge of competition and racing operations, said the penalties were for Wallace’s dangerous and deliberate retaliation against Larson, not the fracas a few moments later.

“When we look at how that incident occurred, in our minds, (it was) really a dangerous act that we thought was intentional and put other competitors at risk,” O’Donnell said on SiriusXM NASCAR Radio.

Still, Wallace’s suspension for this Sunday’s race at Homestead-Miami Speedway is a rare step: Wallace is the first Cup Series driver to be suspended for an on-track incident since Matt Kenseth was parked for two races in 2015 for an incident at Martinsville.