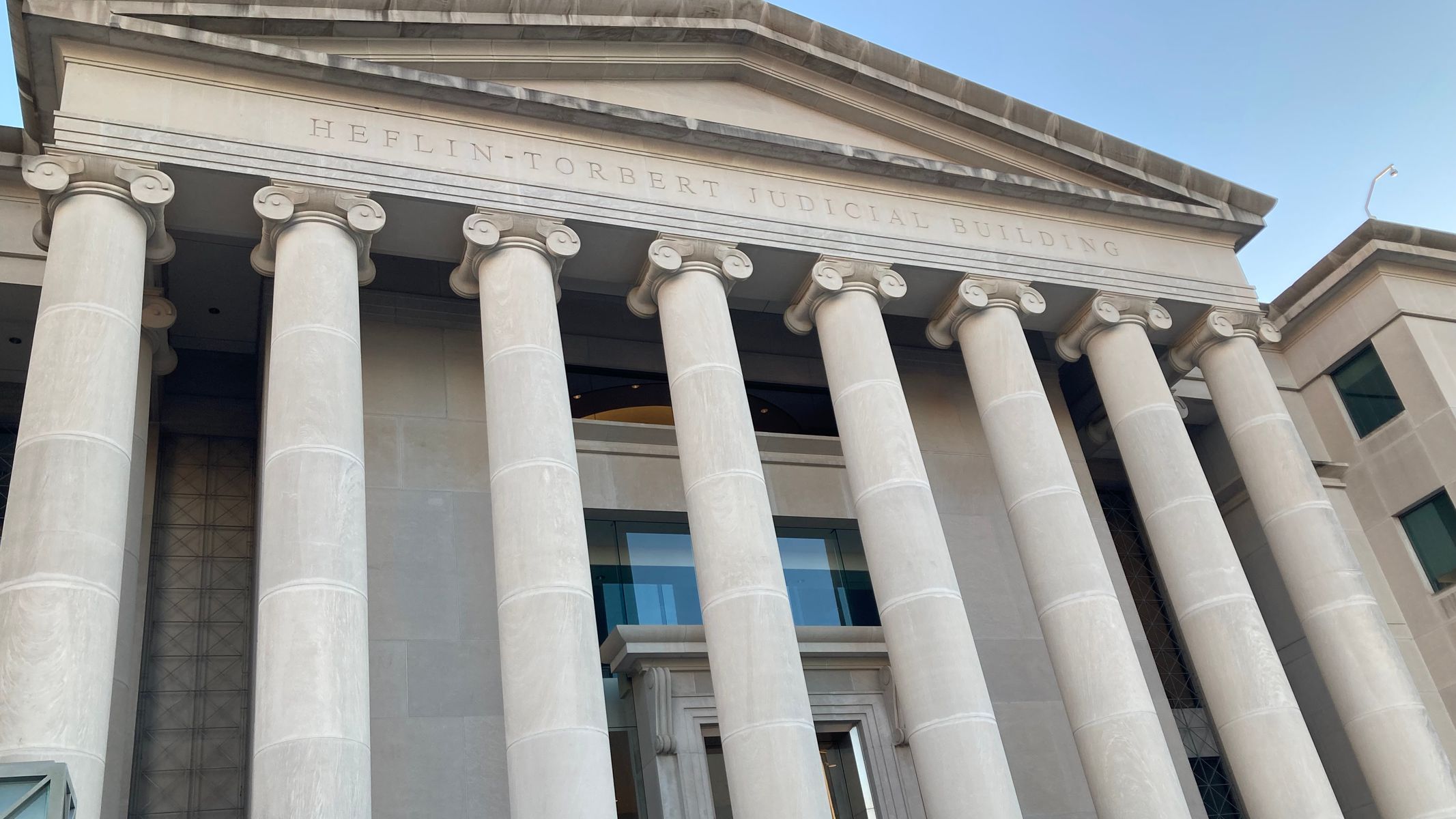 The Alabama Court of the Judiciary has found Jefferson County Circuit Judge Tracie Todd guilty on one charge of violating judicial ethics and suspended her without pay for 120 days.

The nine-member court handed down the ruling today. The court held a trial in Montgomery that ended on Friday. The court did not convict Todd on two other charges.

The COJ could have permanently removed Todd from the bench but did not. Edward J. Ungvarsky, one of her lawyers, said in a statement that Todd is eager to resume work.

“Judges, lawyers, and court personnel consistently testified that Judge Todd displays the greatest of integrity, honesty, and compassion,” Ungvarsky said. “The decision vindicates her. She looks forward to her return of service to the citizens of Jefferson County.”

The COJ found that Todd did not fully comply with its order from a previous ethics conviction, an order to work for 90 days without pay beginning on Dec. 6. That order was a penalty for convictions on violations of the canons of judicial ethics that the COJ handed down last year.

Testimony at the COJ trial in Montgomery showed that Todd was in Chicago, where her husband lives, on Dec. 6 and did not return to Alabama until about Feb. 23, meaning that she was not in Alabama for almost 80 days of the 90 days she was ordered to work without pay.

Todd, who testified in her defense, claimed that she did return to work as ordered despite being in Chicago, communicating with her staff, issuing orders through her judicial assistant, and preparing to hear cases. Todd said illness and illnesses in her family delayed her return to Alabama.

It takes agreement from at least six of the nine members of the COJ to convict. The ruling today said that more than six of the nine judges voted to convict Todd on the one charge “based on clear and convincing evidence,” although the vote was not unanimous. It would have taken a unanimous vote to impose a penalty of removing Todd from the bench.

The COJ did not convict Todd on a second charge, that she made false and misleading statements about her compliance with the order to return to work on Dec. 6. The COJ said a third charge, that Todd failed to make provisions for her cases while she claimed to be ill, was redundant to the first charge.

Todd is a criminal court trial judge. She was elected in 2012 and reelected without opposition in 2018.

The Judicial Inquiry Commission, the agency that investigates judges, first filed a complaint against Todd in April 2021.

On Dec. 3, 2021, after a trial, the COJ convicted Todd of violating canons of judicial ethics by disregarding the rulings of appellate courts, making inappropriate statements that the judiciary in Alabama is corrupted by politics, inserting issues into her rulings not raised by the parties in her court, abandoning the role of a neutral arbiter to become an advocate for defendants and for her own rulings and opinions, and questioning an attorney under oath in her courtroom about whether he gave a financial contribution to her opponent’s political campaign in 2012.

Todd had ruled in March 2016 that Alabama’s death penalty statute was unconstitutional because of a U.S. Supreme Court ruling on the Florida death penalty law. Alabama appeals courts overturned her ruling. Much of last year’s case against Todd concerned what the COJ found was Todd’s disregard of the decision overturning her ruling.

From the time the complaint was filed in April 2021, Todd had been suspended with pay. The COJ reinstated her to the bench effective Dec. 6 but said she would work the first 90 days without pay.

The JIC filed its second complaint against Todd in March 2022, alleging that she had not returned to work as ordered. That is what the COJ found her guilty of today.

In her answer to the JIC complaint, Todd claimed she “diligently, honestly, and ethically” reported to work on Dec. 6 as ordered. She emailed Presiding Criminal Circuit Judge Michael Streety about her return to work, said she intended to work virtually as much as possible because of concerns about COVID-19, and got her office up and running through communications and Zoom meetings with her staff.

Todd did not disclose to Streety or other judges that she was in Chicago in December, January, and most of February. Todd testified that she did not try to hide the fact that she was out of state and said it was well known that her husband lived in Chicago and that she visited there regularly.

Todd also noted that she was not assigned cases until Jan. 3, almost a month after her reinstatement. She said she was working diligently through her judicial assistant to prepare to hear the cases. Todd also said that from Jan. 5 until about March 1 that she or someone in her family was ill with COVID-19 or suspected COVID-19 related illnesses.

JIC attorney John Selden, in closing arguments during Todd’s trial last week, told the COJ that Todd made “conscious and deliberate choices to not work” and tried to create a “façade” that she was working even while not disclosing to colleagues that she was in Chicago.

Todd’s attorney, Ungvarsky, said in closing arguments that the JIC did not come close to proving its case. Ungvarsky said the evidence showed that Todd was working.

Ungvarsky urged the court to consider testimony from judges who were called as defense witnesses, who said they considered Todd honest and diligent. He urged the court not to disregard what he said was Todd’s reputation for integrity and hard work. Ungvarsky said Todd tried to “persevere and push through her sickness” when she became ill in January.

The JIC noted that Todd, although she expressed an intent to work virtually as much as possible, held no virtual court hearings during her period of reinstatement. Todd did not hold a docket or hear cases until Feb. 24.

The JIC also noted that Todd did not log into the state’s online case management system, Alacourt, at any point during her reinstatement until March 10. Todd’s defense team argued that was not an indicator of whether or not Todd was working because she managed cases in Alacourt through her judicial assistant.

In addition to the suspension, Todd was ordered to pay the COJ’s costs for the case. Read the judgment.