NIS America began streaming on Monday a trailer for Nihon Falcom’s Ys IX: Monstrum Nox, the latest entry in the Ys role-playing game series, and it reveals that the game will launch for PlayStation 5 in spring 2023.

The PS5 version will include all previous cosmetic DLC from the PlayStation 4 and PlayStation Vita versions. 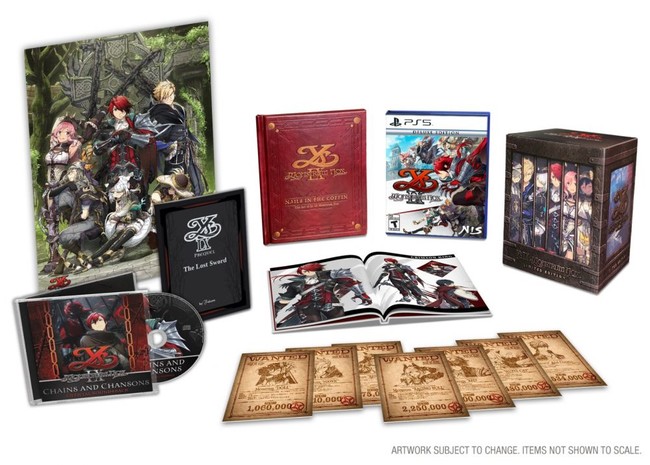 NIS America released the game for PlayStation 4 in the U.S. and Europe in February 2021. The game launched for Nintendo Switch and PC via Steam in July 2021.

Renowned adventurer Adol Christin is cursed by a mysterious woman and becomes a Monstrum, a powerful being who can exorcise monsters. To escape from the city of Balduq, he must ally with five other Monstrum, each with their own unique Gifts, and stop the Grimwald Nox, a shadowy dimension that threatens to seep into the real world.

The game launched for PS4 in Japan in September 2019.

The series’ familiar action role-playing game mechanics, such as free movement and jumping, and battles against giant bosses, return for the game. Players are able to use the “supernatural action” abilities of various Monstrum to explore levels. Players are also able to conduct “Guild Management” in the prison city.