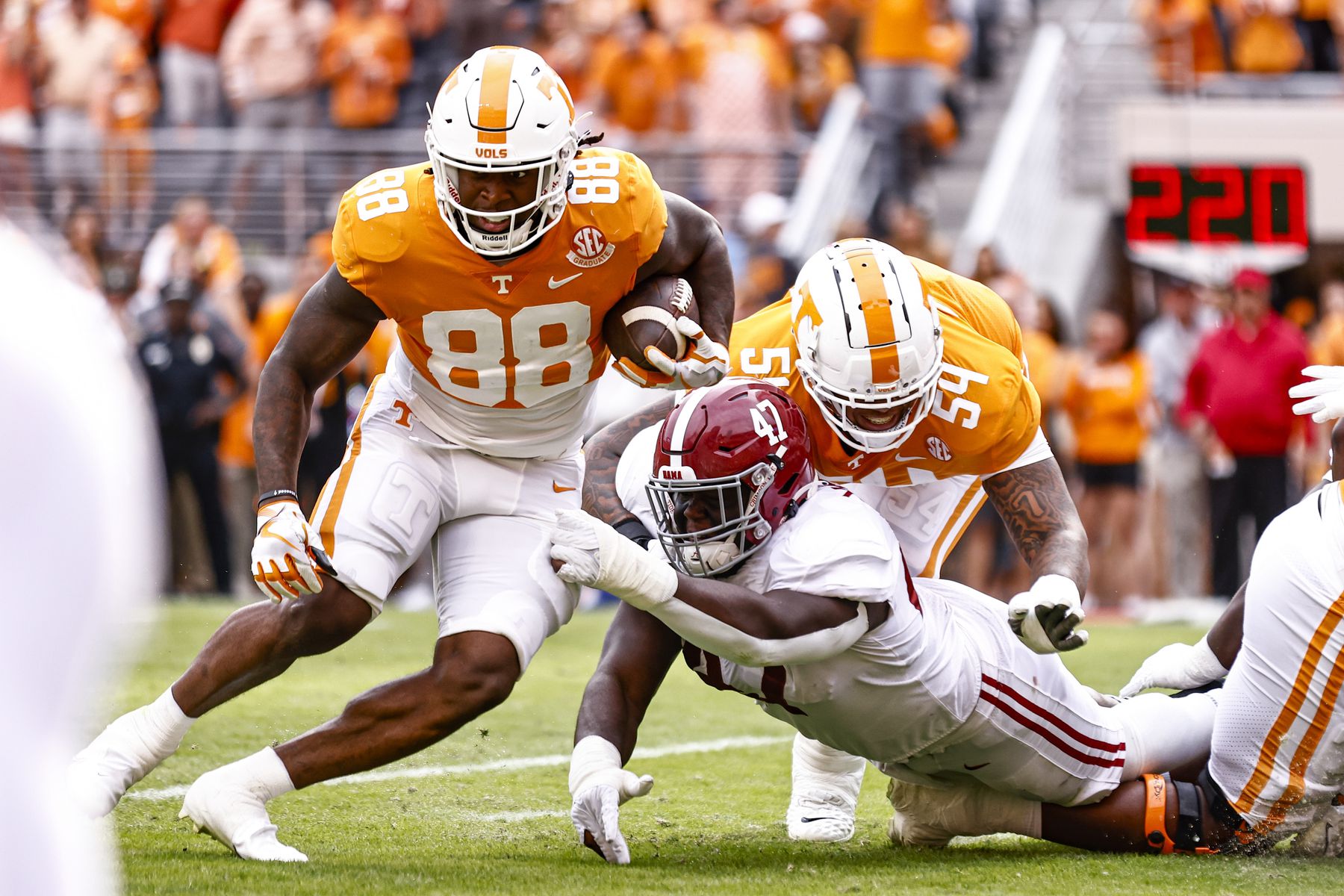 The overhead CBS camera caught the conversation that went well beyond words. Tennessee was in the huddle when Crawford turned away and casually vomited. Young was in his field of vision at the time of his liquid expulsion and appeared to nod in his direction like it was an act of intimidation.

Young on Tuesday met with local reporters in Tuscaloosa. The question had to be asked and the senior from Laurel, Mississippi answered.

“We were actually talking right before he threw up,” Young said with a grin. “I don’t remember what we were talking about but then he looked away for a second and he just threw up. And then he looked at me.”

“I just told him he was nasty,” Young said.

A tweet with the video has been viewed north of 3.8 million times as of Tuesday afternoon. If you’d like to give it a watch, here you go.