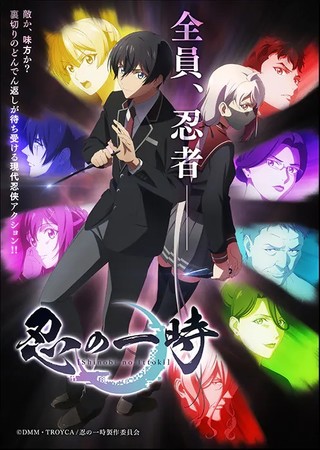 Crunchyroll announced on Monday that it will begin streaming the English dub for TROYCA and DMM Pictures‘ original anime series Shinobi no Ittoki (Ittoki the Ninja) on Tuesday.

Shawn Gann is directing the English dub with assistant Marcus Stimac. Jamal Roberson is the lead ADR engineer, and Stevie Rae Krieger is the assistant. Clayton Browning and Matt Shipman are writing the English script with Emily Neves as supervisor. Brandon Peters is in charge of ADR prep. Neal Malley is the ADR mix engineer. 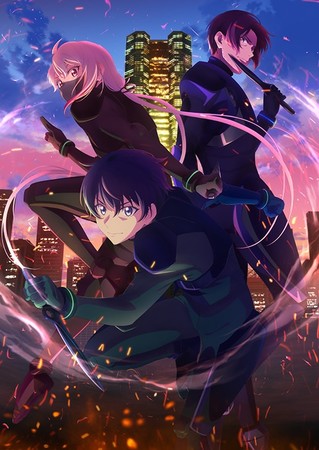 The anime premiered on Tokyo MX and AT-X on October 4. Crunchyroll is streaming the anime as it airs in Japan. The Crunchyroll Expo 2022 event screened the world premiere of the first two episodes on August 5.

Ittoki Sakuraba was an ordinary student, until his life was turned upside down! He finds out that he is the 19th heir of the famous Iga Ninjas. The Iga must try to defend what is theirs from the Koga, a rivaling clan seeking to end Ittoki’s life. Ittoki is left with no choice but to become a shinobi that’s strong enough to not only protect himself, but also his village. Now a student at Kokuten Ninja Academy, a high school specializing in shinobi techniques, Ittoki learns the way of the modern-day ninja, equipped with high-tech suits and gadgets. Together with students from other villages, Ittoki clashes with the Koga in an attempt to end the rivalry once and for all.

Shuu Watanabe (Aldnoah.Zero, Re:CREATORS, IDOLiSH7) is directing the anime, and Minato Takano (live-action Kakegurui, Keep Your Hands Off Eizouken!, Guilty Flag) is in charge of the series scripts. Isamu Suzuki (IDOLiSH7, Bloom Into You) is designing the characters and serving as chief animation director. TOMISIRO (Detective Conan: Zero’s Tea Time, Macross Delta, The Dragon Dentist) is composing the music. Both TROYCA and DMM Pictures are credited with the original planning for the series, and TROYCA is animating.