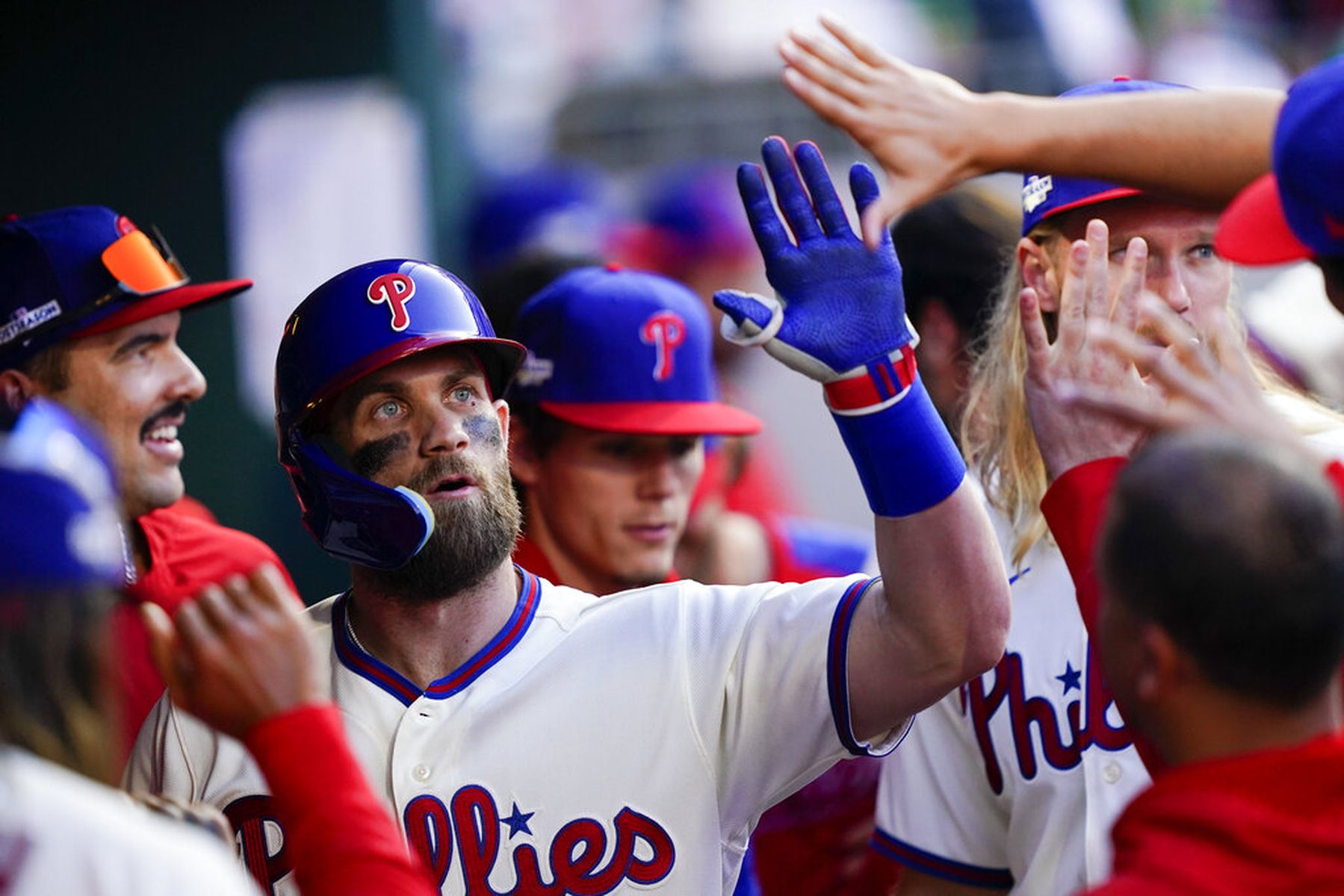 The San Diego Padres host the Philadelphia Phillies in Game 1 of the MLB 2022 National League Championship Series Tuesday, October 18, at Petco Park in San Diego. The game will be live streamed on fuboTV.

Yu Darvish gets the start on the mound in Game 1 for the Padres, vs. fellow right-hander Zack Wheeler for the Phillies. Philadelphia beat Atlanta 3-1 in one NLDS, while San Diego beat Los Angeles 3-1 in the other

The Padres vs. Phillies Game 1 starts at 7:03 p.m. Central (8:03 p.m. Eastern) and will be live streamed on fuboTV, which offers a 7-day free trial. Fox Sports 1 will broadcast the game nationally.

Following the second rainout of the series, the Cleveland Guardians and New York Yankees are set to finally settle their American League playoff Tuesday afternoon in the Bronx.

After that, a most unexpected National League Championship Series matching the Philadelphia Phillies and San Diego Padres gets underway at Petco Park.

After fans waited through a 2 1/2-hour rain delay, the decisive Game 5 of the Division Series between the Guardians and Yankees was postponed Monday night and rescheduled for Tuesday at 4:07 p.m. That gives New York a chance to start All-Star lefty Nestor Cortes on three days’ rest instead of 14-game winner Jameson Taillon.

Cleveland is expected to stick with right-hander Aaron Civale, rather than turn to 2020 AL Cy Young Award winner Shane Bieber on short rest.

The winner faces Houston in the AL Championship Series.

Game 2 at Yankee Stadium also was postponed because of bad weather last week, pushed back a day to Friday afternoon.

Both the Padres and Phillies made the postseason as wild cards. They were the two lowest seeds in a top-heavy National League, neither one winning 90 games during the regular season.

But the Phillies (87-75) swept NL Central champion St. Louis (93-69) in the first round and then dispatched the defending World Series champion Atlanta Braves (101-61) in the Division Series.

“People kind of counted us both out, right?” Phillies slugger Bryce Harper said. “I think it is going to be a great series.”

Here’s what else to know about the MLB playoffs Tuesday:

The Guardians-Yankees winner heads to Houston for Game 1 of the best-of-seven ALCS on Wednesday night against Justin Verlander and the rested Astros.

Houston reached its sixth straight ALCS by completing a three-game Division Series sweep of Seattle when rookie Jeremy Peña homered in the 18th inning Saturday for a marathon 1-0 win over the Mariners.

AL West champion Houston (106-56) went 4-3 against the AL Central champion Guardians this season and 5-2 versus the AL East champion Yankees.

With a history of postseason heartbreak, Cleveland teams are 1-7 in winner-take-all games — losing their last seven.

The young Guardians are trying to end Major League Baseball’s longest current World Series championship drought in their first year after a franchise name change. Cleveland hasn’t won it all since 1948.

The weather is back to sunny and warm in San Diego after a rare October rainstorm drenched the ballpark during the Padres’ electric Division Series clincher against the Dodgers on Saturday night.

Led by sluggers Manny Machado and Juan Soto, the Padres are in the NLCS for the first time since 1998, right before they were swept by the New York Yankees in the World Series. San Diego has never won a World Series title.

Harper and NL home run leader Kyle Schwarber powered the Phillies into the playoffs for the first time since 2011, when they capped a five-year run that included a World Series championship in 2008 and then losses in the World Series in 2009 and the NLCS in 2010.

Harper and Machado were teammates on the 2009 under-18 U.S. national team that won the Pan-Am championship. Harper was the top overall pick in the 2010 amateur draft by Washington while Machado was the third pick by Baltimore.

They made their big league debuts three months apart in 2012, Harper as a 19-year-old and Machado shortly after turning 20. Seven years later they signed massive deals as the top free agents going into the 2019 season; Machado got a $300 million, 10-year contract with San Diego, and Harper went to Philadelphia for $330 million and 13 years.

“It’s going to be fun. He brings an energy. He’s one of the best players in the game.”

Harper said Machado “is a great talent. He’s one of the best defenders in the game. He can swing the bat very well. He’s having a great year this year. I’m excited to be able to share the field with him.”

Harper has reached a League Championship Series for the first time in his decorated 11-year career. He has three home runs during these playoffs and went 8 for 16 in four Division Series games against Atlanta.

The seven-time All-Star and two-time NL MVP missed two months this season after breaking his left thumb when he was hit by a pitch from Padres lefty Blake Snell at Petco Park on June 25.

Harper played for some San Diego travel ball teams years ago and knows a bit about the city.

“I expect this place to be pretty rowdy tomorrow night,” Harper said Monday. “They’re a city that loves their baseball.”