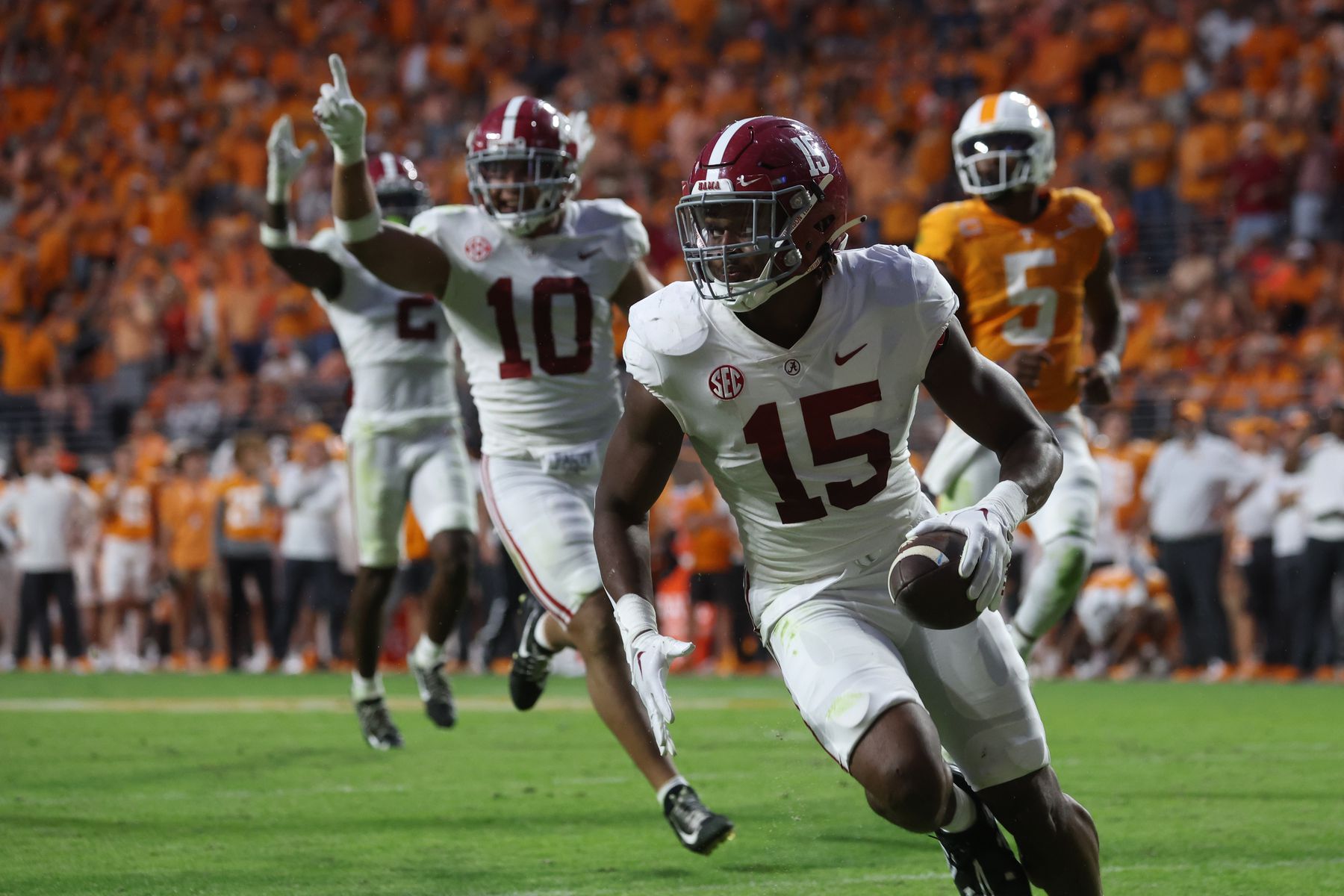 For Young and the rest of the pass rush, the mindset is similar. Last Saturday against Tennessee was “frustrating” for the position group, as Will Anderson put it. The Tide’s rushers had moments — Dallas Turner had a near game-breaking scoop-and-score, DJ Dale recorded a sack to lead to a turnover on downs — but Hendon Hooker got the ball out quick and the Tide couldn’t disrupt a historic offensive showing.

“I think we could’ve obviously been better,” Young said, “but right now we just gotta focus on the small things, focus on getting back to the technique that we gotta use. Being down pact with our plays, our stunts and stuff like that. I think there’s always room to improve.

“I think there would be anger on defense after giving up 52 or even giving up seven.”

Next is No. 24 Mississippi State’s Air Raid offense, designed by Mike Leach and led by Will Rogers. The Bulldogs rely on short passing to set up shorter third downs and big-play opportunities. Rogers is one of the conference’s leading passers with a 71.25% completion rate and 7.26 yards per attempt.

So it’ll again be a short window for Anderson, Young, Turner and others to get home.

Both the Tide and Bulldogs have allowed nine sacks this season.

“When you have a lot of great guys up front, a lot of great athletes up front, team are gonna do anything to make sure the ball is out quick, protect different and things like that,” Anderson said. “(Tennessee) did a really good job of that, and during the time of the game, you can’t get frustrated. You just have to keep playing, because if you get frustrated it’ll throw your whole game off.”

The acclaimed “cheetah” package, with one defensive lineman and three sack specialists, actually charged Tennessee’s other turnover. Turner was lined up and broke inside, hitting the quarterback into an overthrow and eventual interception. But with Tennessee’s tempo offense, there were fewer chances to substitute.

The Vols also produced 182 rushing yards and while Mississippi State is averaging about half hat (93.0 yards per game), as Young noted on Tuesday, the Bulldogs will run based on some defensive looks.

Historically, the game is in Alabama’s favor. The Bulldogs have averaged one touchdown against Alabama for the past six years and a part of the Tide’s remedy for losses usually includes a win against State.

“It’s been a lot of elite defenses here, a lot of great guys that’s built a lot of tradition here,” Anderson said of the Tide’s overall defensive showing last weekend. “It’s a lot of anger and frustration that we lost something so precious to us, that was really big to us. But I think it’s gonna be a good week for us to take the challenge on.”