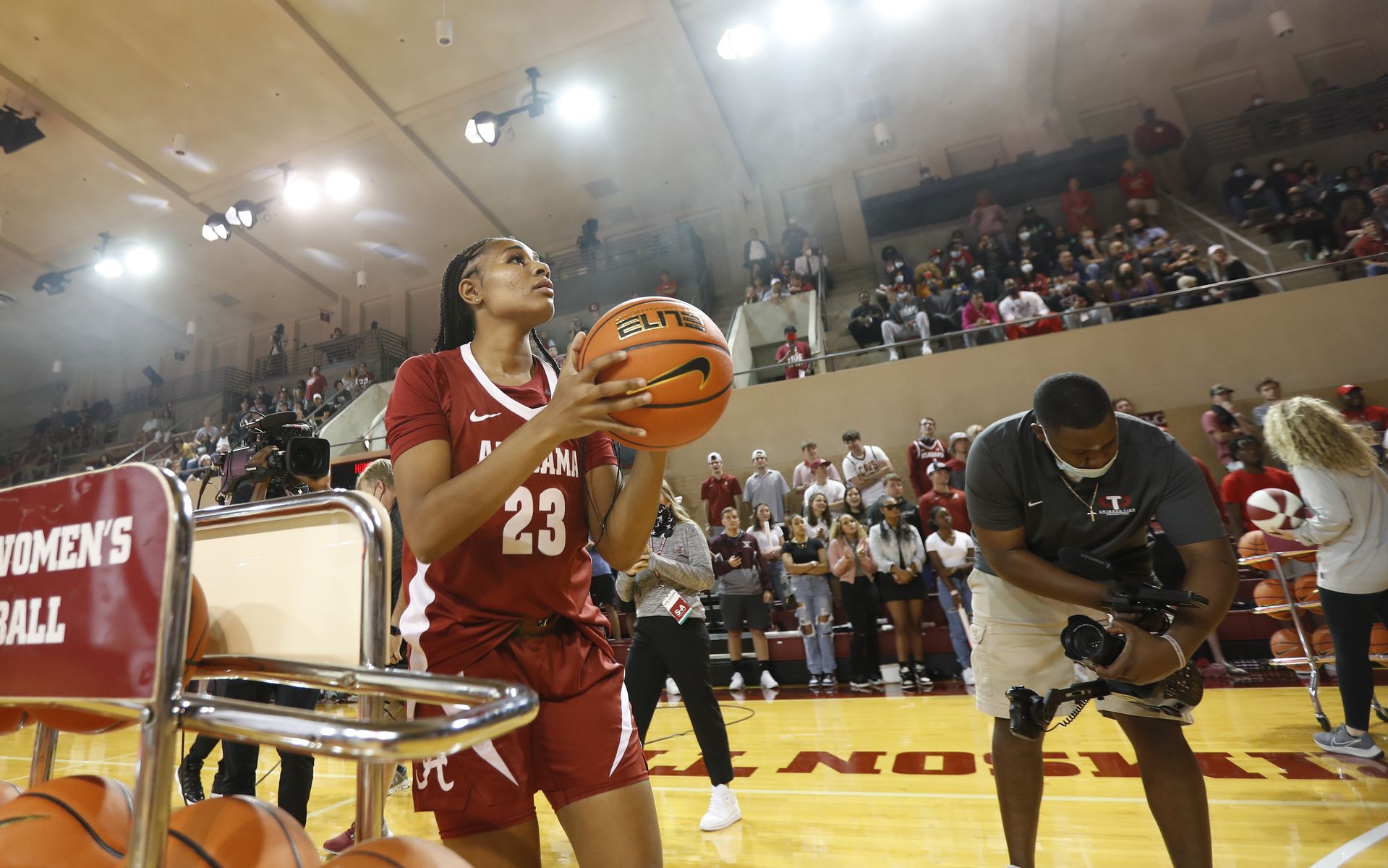 This is a Crimson Tide program that returns all five starters and 95% of the scoring from last year’s team that won eight of its last 10 games. It also went out and signed five transfers — most of whom were starters at Power 5 programs. And its only freshman, Karly Weathers, just happened to be Miss Basketball in the state of Tennessee.

So there’s momentum and considerable depth for coach Kristy Curry in her 10th season with the program. But when the SEC preseason poll was released Tuesday, Alabama was picked to finish 10th in the 14-team league.

“I don’t really ever pay attention to anything in the preseason,” Curry said Tuesday at SEC media days in Mountain Brook. “I appreciate you guys, but at the end of the day we control our energy and effort. Let’s see where we finish, and we can see if we think that’s real. But I’m in my practice every day. I’m around this team every day. I understand what we’ve done in the recruiting process. So, respect, but certainly don’t take that seriously.

“What we do at the end of the year and how we finish is what’s going to matter most, not what anybody else thinks of what’s going on in our program.”

Curry was more interested in riding the tailwind they carried from last season. After making the NCAA tournament in 2021, a WNIT quarterfinal finish sent Curry’s group into a busy offseason.

That’s a lot to add for a team bringing back every starter but there doesn’t sound like there’s much concern about everyone finding a role. Adding shooters like Nye and Barker will change the dynamic, said center Jada Rice who transferred from NC State before last season.

“I think that’s going to open up the court a lot for those driving lanes,” Rice said Tuesday. “People are going to have a hard time guarding us.”

This is a group that includes guards Brittany Davis (17.7 ppg.), Megan Abrams (15.2 ppg) and JaMya Mingo-Young (11.6 ppg) and point guard Hannah Barber who led the team with 98 assists.

The group of transfers includes two who averaged double figures last year in Nye (12.4) and Cobbins (11.4) while McQueen scored 8.8 points a game. Barker scored 7.7 as a sophomore at Georgia.

For the chemistry component, Curry is trying a few different tactics to bring the locker room together. They started a book club where various team members and staffers pick the texts for everyone to read. “You Are the Team” was first followed by “The Energy Bus” and “Win in the Dark.”

“Another example was a recovery day where Coach Kristy got our toes done instead of practicing,” Rice said of the first pedicure outing Curry’s organized in 24 years of coaching.

The chemistry will be important for a challenging schedule awaiting this team. After opening the season with Alabama A&M on Nov. 7, six of the next eight games will be played outside of Coleman Coliseum.

“Well, I would hope that any team could handle it,” Curry said. “I think that’s the reality of playing in the SEC come January and February. Obviously, though, it definitely went into play with who we felt like was returning.”