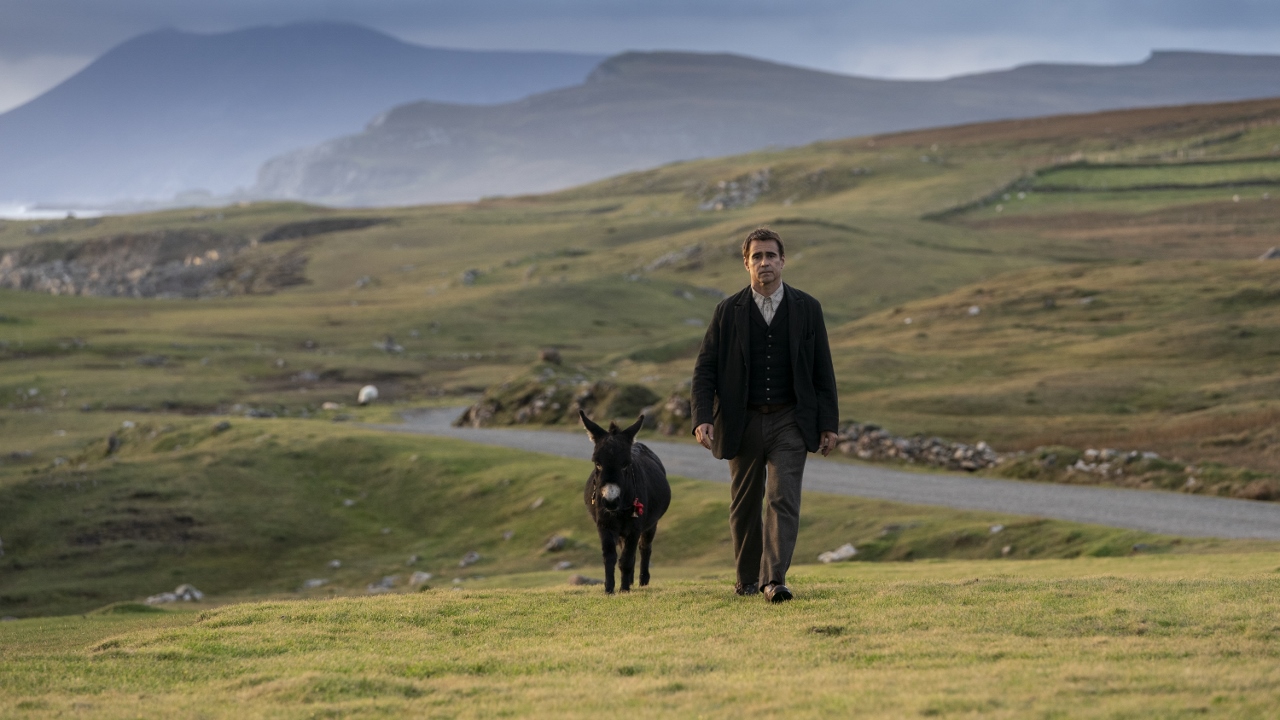 LIDO, Venice, Italy – Set on an Irish island community that exists only in the imagination of screenwriter-director Martin McDonagh, “The Banshees of Inisherin” reunites the prize-winning filmmaker and playwright (“Three Billboards Outside Ebbing, Missouri”) with his “In Bruges” stars Colin Farrell and Brendan Gleeson.
Set a century ago during the Irish Civil War, “Banshees” chronicles the disastrous fall-out when Gleeson’s Colm Doherty decides he has only a few years left and won’t spend them with his friend and drinking mate, Farrell’s Pádraic Súilleabháin.
Doherty, who composes and plays the fiddle, warns his mystified and hurt friend to leave him alone. Or else, he threatens, I will cut off a finger.
“We had a great time on ‘In Bruges.’ And mostly I wanted to get these two guys together again,” McDonagh, 52, said at the Venice Film Festival’s “Banshees” world premiere. “Where we filmed was where I used to go back to as a kid to visit. It’s where my dad’s from.”
Venice sent Farrell home with the Best Actor prize and McDonagh Best Screenplay.
“Because of this movie,” Gleeson, 67, recalled, “Colin had to go very deep into depressive moods — it does bleed in as it goes on. But I’m glad to see that male friendship is put out there as something valuable. The valuing of male friendship – as against the romance of it – is to me a very deep and pertinent thing right now.”
“Apart from being moved to laughter, I’m always so deeply moved emotionally and psychologically by the worlds he creates and the characters he designs,” Farrell, 46, said of McDonagh. “So when it came time to read this– he had talked about this for three years before we went to do it — it was just extraordinary.
“The idea of working together with Brendan again! I saw him periodically through the years. But to actually be back on a set and in the west of Ireland, it’s like we never left.  And it’s crazy that it’s been 14 years.”
Like a very dark fairy tale, “Banshees” invokes Irish mythology. “There’s a speech about how the banshee,” McDonagh said, “used to be a mythological woman who was coming to portend a death in a house. That was a background idea of this thing.”
Farrell’s Pádraic lives with his single sister and a donkey (who is sometimes allowed in the house). He becomes hurt, haunted, then possessed by this unimaginable rupture.
“He has an innocence to him and can’t understand why his friend of all these years is severing so suddenly, so violently their friendship.  It really has shaken him to his core,” Farrell allowed.

“The Banshees of Inisherin” opens Friday