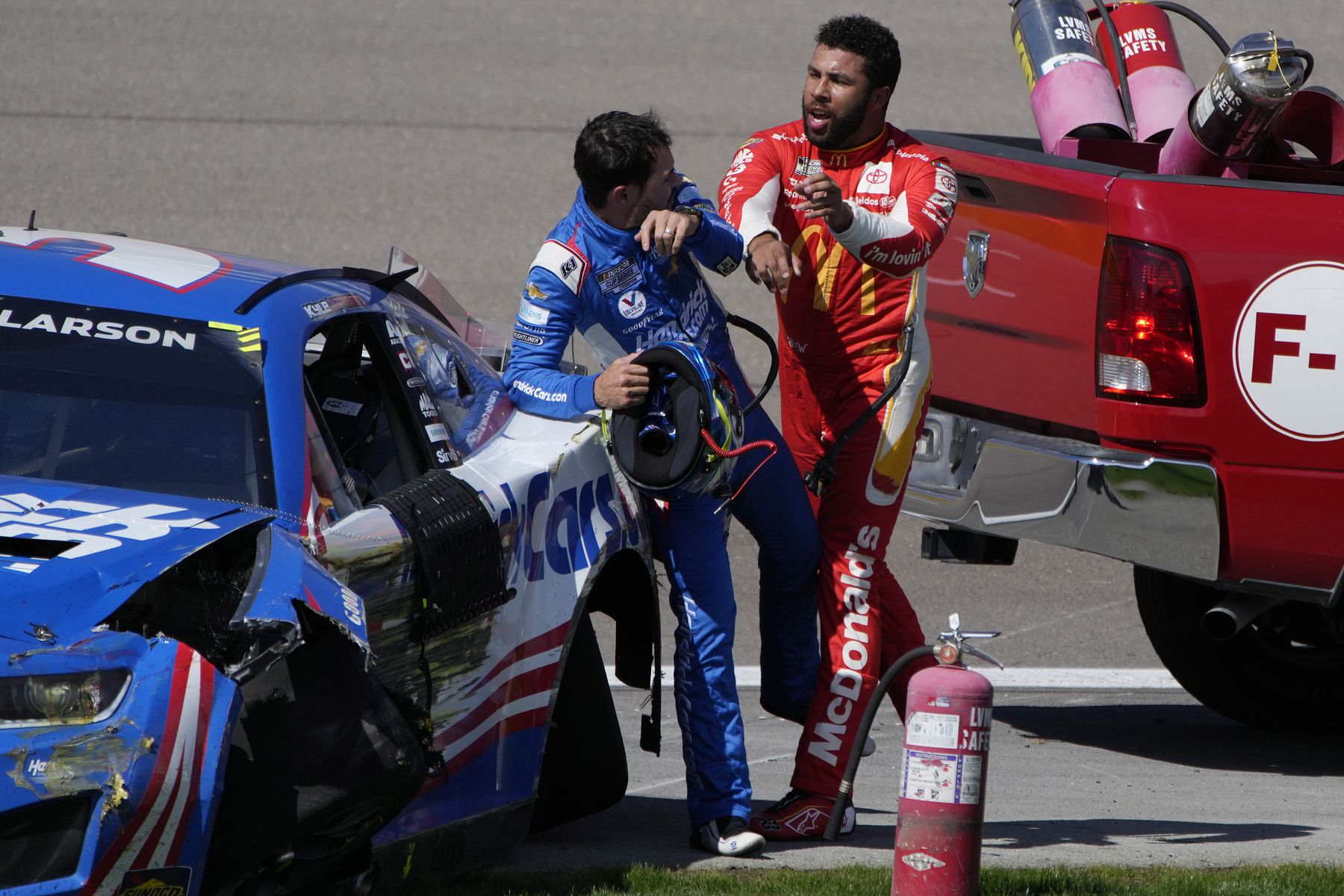 “My behavior does not align with the core values that are shared by 23X1 Racing and our partners, who have played a crucial role in my incredible journey to the top of this great sport.

“I want to apologize to NASCAR and the fans, along with Christopher Bell, Joe Gibbs Racing, and Toyota for putting them in a situation in the playoffs that they don’t deserve.”

The incident began when Larson attempted a three-wide pass — Kevin Harvick in the middle dropped out of the bunch — and Larson slid up the track against Wallace. When Wallace didn’t lift to give Larson any room, Larson used his Chevrolet to shove Wallace’s Toyota into the wall.

Wallace then bounced back down the track, followed Larson’s car down to the apron and appeared to deliberately hook him in retaliation. That sent Larson spinning into the path of Bell, who won last Sunday at Charlotte to earn the automatic berth into the round of eight, and ended Bell’s race.

Wallace climbed from his car and marched his way toward Larson. Wallace was shouting before he even got to Larson and immediately began to shove the smaller driver. Larson tried to turn away from him and several times lifted his arms to block Wallace’s shoves, but Wallace got in multiple shots before a NASCAR safety worker separated the two.

“I compete with immense passion, and with passion at times frustration,” Wallace tweeted. “Upon reflecting, I should have represented our partners and core team values better than I did by letting my frustrations follow me outside of the car. You live and learn, and I intend to learn from this.”