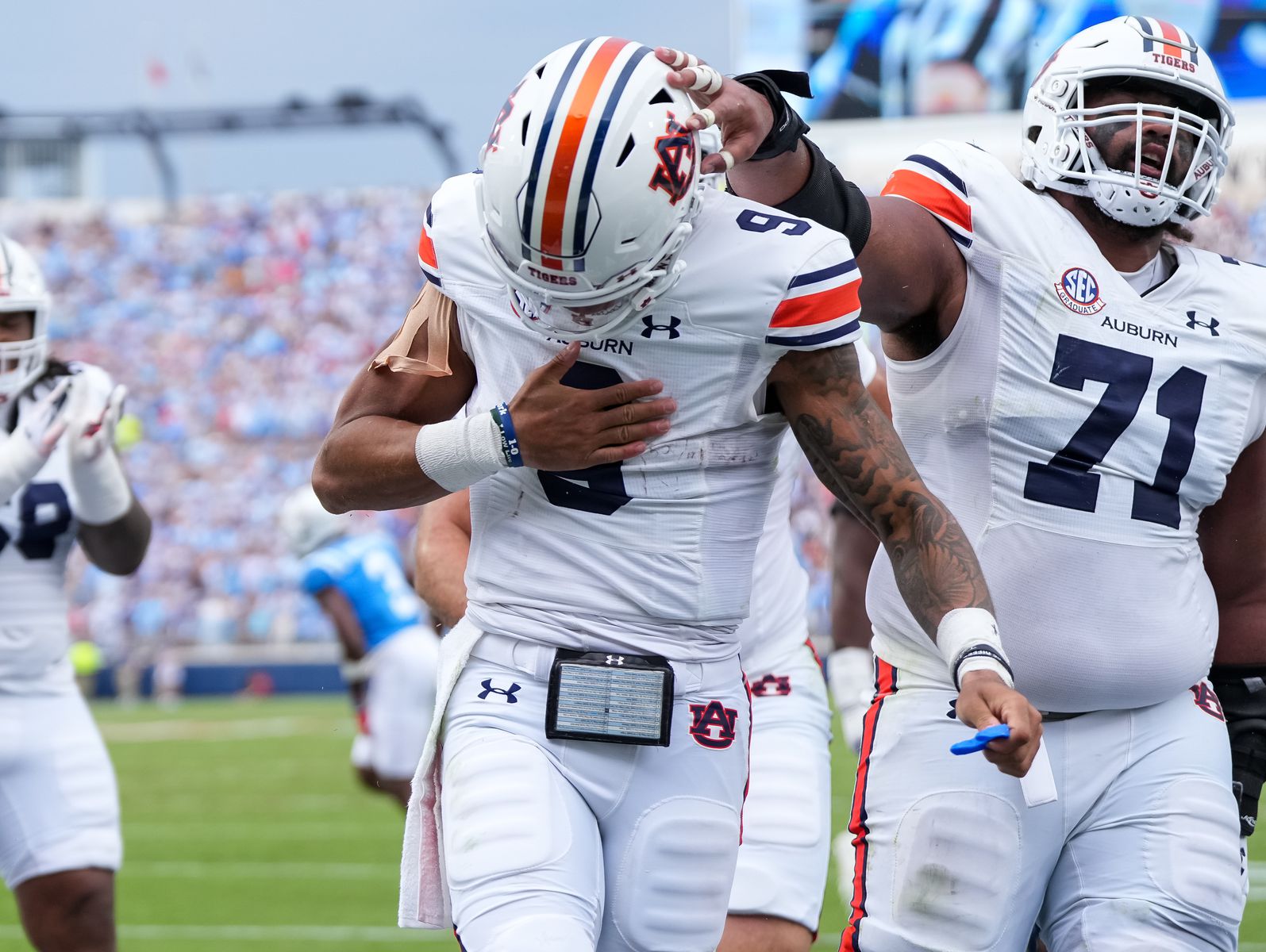 There was a moment Saturday in Oxford, Miss., when it seemed as things could truly go sideways for Auburn in what has already been a frustrating season.

On the second play of the second quarter, Ole Miss running back Zach Evans punched in a touchdown from 3 yards out. It was Ole Miss’ second touchdown off an Auburn turnover early in the game, and it put the Rebels in front 21-0 just under 16 minutes into the teams’ Week 7 matchup.

Things were getting out of hand, and a rout felt entirely possible, given the Rebels’ proclivity for points and the Tigers’ overall struggles against Power 5 opponents. Except that rout never came, and Auburn didn’t fold—even as it eventually lost its third straight game, 48-34.

“It’s just about pride,” Auburn linebacker and team captain Owen Pappoe said. “You can’t lay down just because you’re down 21. You’re not playing a video game; that’s when people pass the sticks, but nah, we ain’t passing the sticks, man. We’re going to keep fighting until the end.”

That was perhaps the biggest takeaway from this Auburn team in its latest setback. After falling behind by three scores early, the Tigers clawed their way back into the game. They cut the Rebels’ lead to four early in the third quarter after Tank Bigsby’s 50-yard touchdown run on the opening possession of the second half, and they remained within striking distance for the rest of the game.

They just couldn’t fully close that gap and get over the hump while dropping falling to 3-4 on the year, 1-3 in SEC play and 3-9 in their last 12 games under coach Bryan Harsin.

“Those guys know we’re a lot closer than what it seems,” Harsin said. “And so, a few things here and there. That’s what changes the game. But that’s football as well. And the reality of it is we didn’t win. Ole Miss did. They did it better than we did today. So, what we have to do is go back and figure out what we can control and how we’re going to improve and get better and what we can do going into the next game to find a way to win.

“But those guys will fight. And they want to win. And they’re not going to throw in the towel. That’s one of the things, they won’t do that.”

That resiliency is holding Auburn together throughout this difficult stretch as the team continues to try to find a winning formula. A lesser team surely would have folded under the circumstances, but Auburn showed fight at Vaught-Hemingway Stadium, finally rediscovering its ground game even as its run defense put forth a historically bad performance.

The Tigers have struggled in some capacity against each of its five Power 5 opponents this season, with the lone win coming in its SEC opener against Missouri — an overtime escape in which Missouri fumbled away the winning touchdown just shy of the goal line in overtime. Better lucky than good, the saying goes, but Auburn wants to get to good enough — finding a balance of success on offense and defense to overcome its deficiencies — and the Tigers feel like they’re on the precipice of getting to that point.

That’s what Auburn hopes to figure out during the bye week, which comes at a welcome time for the program. The Tigers are beat up physically and have endured an emotional toll over the last seven weeks, with on-field struggles contributing to a buildup of outside noise pertaining to the future of the program and, specifically, the future of Harsin as its head coach.

The week away from competition will provide an opportunity to reset, recover and refocus as the team tries to iron out the finer details that have hindered its success. Correcting those issues, be it ball security, gap integrity, pass protection or any other aspect of the game the team has been inconsistent in, will be crucial if the Tigers plan to turn things around over the final five games of the regular season.

“We can salvage the season,” edge and team captain Derick Hall said. “The season isn’t over…. We still have a nine-win season if we win out. The season isn’t over. I think that’s the biggest point of focus, to go in and correct a lot of things we need to see.”

While Harsin believes his team is inching toward pulling it all together, he acknowledges the Tigers aren’t there just yet. The results speak for themselves. So long as they keep fighting, he’s confident they’ll have a chance to get to where they want to be.