Acquire announced on Monday that it will release Akiba’s Trip 2 Director’s Cut (Akiba’s Trip: Undead & Undressed Director’s Cut), an updated version of the Akiba’s Trip 2 sequel game, for PlayStation 4, Nintendo Switch, and PC. The game will launch on April 20, 2023 in Japan. The company streamed an announcement trailer:

Players who own the original game’s PlayStation 4 or PC versions will be able to upgrade their game via paid DLC. The new version will include all previously released DLC. There will be a 10th anniversary edition for the PS4 and Switch versions, and it will include an artbook, a guide, and soundtrack CDs.

The game will feature new content, including a new Kati route with character Kati Raikkonen and a “true” ending.

The Akiba’s Trip games take place in a reproduction of Tokyo’s Akihabara district, where the player must fight vampires by tearing off their clothes and exposing them to the sunlight. 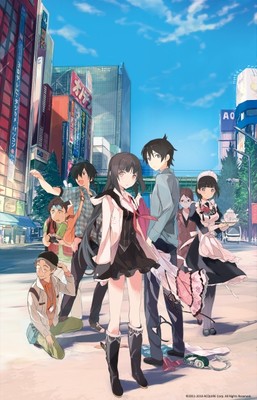 XSEED Games released Acquire’s Akiba’s Trip: Hellbound & Debriefed game for PS4, Switch, and PC via Steam, GOG, and the Humble Store in July 2021. The game is a remaster of Akiba’s Trip Plus for PSP.

The Akiba’s Beat successor game is the first action RPG in the franchise, and it shipped in Japan for PS4 in December 2016 and for PS Vita in March 2017 after delays. XSEED Games released the game in North America in May 2017, and PQube released the game in Europe the same month.

The game series inspired Akiba’s Trip: The Animation in January 2017. Crunchyroll streamed the series with English subtitles as it aired, and Funimation streamed a dub.