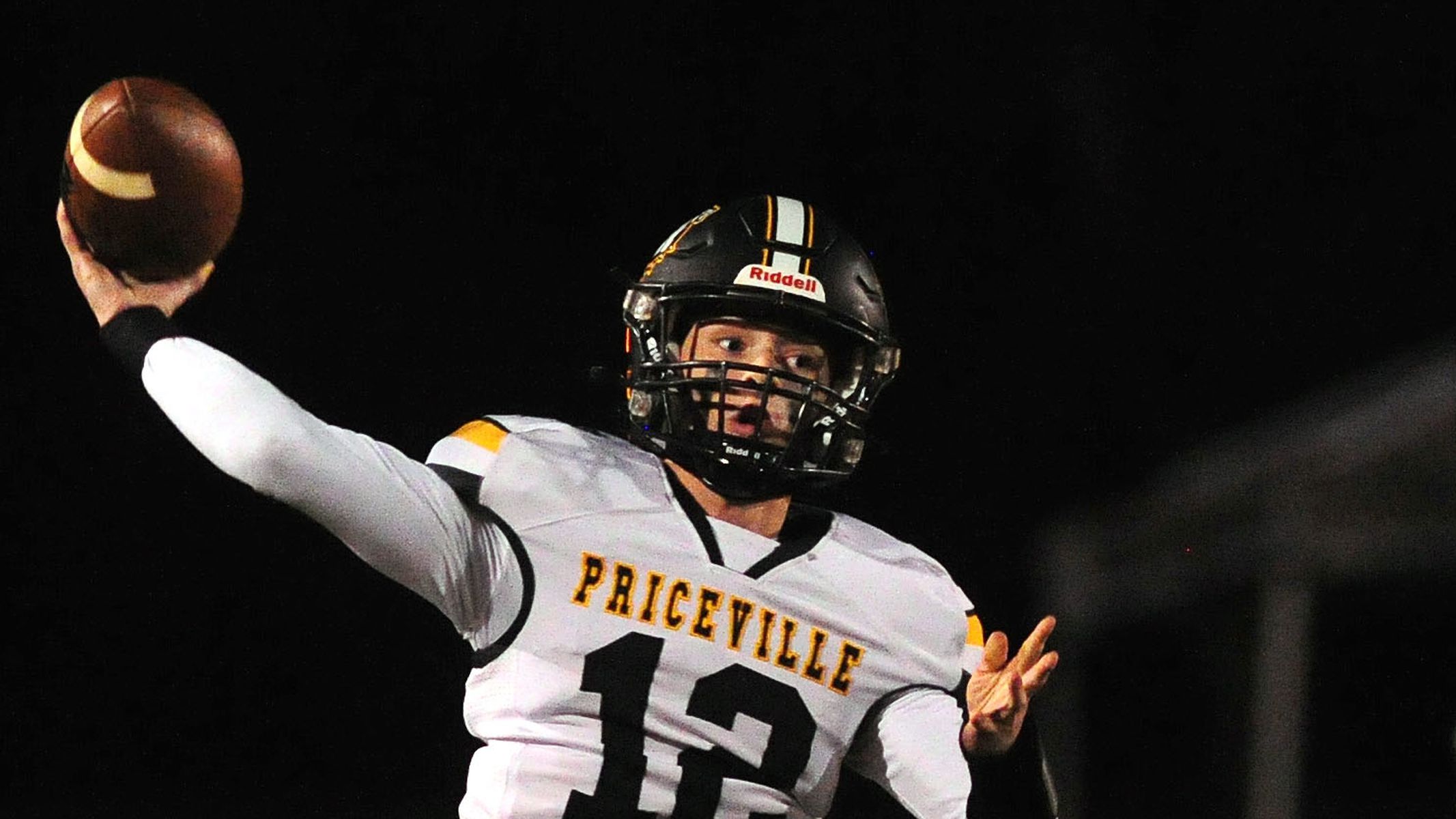 Region: Both teams are 6-0 in Region 8 and tied for first place.

The skinny: This is the de facto region championship game. Priceville’s only region title came in 2015. Randolph has never won a region crown. … Priceville is in the midst of the longest winning streak in program history. The Bulldogs are a win away from tying the program mark of victories in a season, which was set last year. … Priceville set a program record for points scored in a game in the win over Westminster. Three Bulldogs running backs — Jaylen Mosely, Mason Cartee and Blitz Clemons – eclipsed 100 yards rushing. The trio combined for nine rushing touchdowns. … Randolph’s 379 points scored this season are a program record for the regular season, surpassing the 369 from 2021. … Raiders quarterback Andrew Hunter threw six touchdown passes against New Hope. Four went to Nic Strong. … Priceville and Randolph have met twice previously, splitting matchups over 2019 and 2018.

Region: Florence is 5-1 in Class 7A, Region 4, and has clinched second place. Sparkman is 3-3 and part of a four-team tie for third place.

The skinny: These teams enter with much different mindsets – Florence has punched its playoff ticket while Sparkman is fighting for its postseason life. … The Senators, along with Bob Jones, James Clemens and Huntsville, are vying for the region’s final two playoff spots. Sparkman is coming off a win over Huntsville but lost to Bob Jones and James Clemens the previous two weeks. … Florence forced four turnovers against Grissom and held the Tigers to 8 yards rushing. … Sparkman’s Josh Ward threw four touchdown passes against Huntsville, and Sean Williams returned two interceptions for a TD. … Florence is 12-2 against Sparkman, including a 42-0 win last season. The Senators’ last win in the series came in 2006.

Region: Austin is 6-0 in Region 4 and has clinched first place. Huntsville is 3-3 and part of a four-team tie for third place.

The skinny: Austin is the Class 7A, Region 4 champ for the second time in three years. … The difference in the Black Bears’ win over Bob Jones was two blocked extra points. De’Air Young threw three touchdown passes to lead Austin’s offense. … Thirteen-year Black Bears coach Jeremy Perkins won his 90th game last week. … Huntsville has lost its last two games. The Panthers trailed Sparkman 21-14 at halftime last week before allowing 34 unanswered points. … Huntsville is fighting for its first playoff berth since 2017. The Panthers are 1-2 against the other teams in the tie. … Austin defeated Huntsville 31-21 last season for its sixth consecutive win against the Panthers. All four Black Bears touchdowns came on the ground. Huntsville leads the series 22-15.

The skinny: Arab’s win over Guntersville clinched the Knights’ first region title since 1993. … Arab needs one more win to tie the program record for victories in a season. The Knights won nine games in 1993, 1970, 1958 and 1944, according to AHSFHS.org. … Arab’s Drake Franklin ran for 160 yards and two touchdowns against Guntersville. … Hazel Green is playoff-bound for the first time since 2018. The Trojans are the No. 3 seed in Class 6A, Region 8. … Hazel Green’s win over Mae Jemison snapped a three-game losing streak. Griffin Fowler threw four touchdown passes in the victory. … Arab and Hazel Green last met in 2003. The series is tied 3-3.

The skinny: Both teams have qualified for the playoffs. The winner of this matchup gets the region’s No. 3 seed while the loser will be No. 4. … Collinsville is going to the playoffs for the first time since its run to the semifinals in 2019. North Sand Mountain is headed to the postseason for the eighth consecutive year. … Collinsville’s Luis Ailon kicked a 27-yard field goal with one second left in the game to beat Whitesburg and clinch the Panthers’ playoff spot. Collinsville quarterback Mason McAteer accounted for six touchdowns – four passing and two rushing. … North Sand Mountain’s Landon Keller completed eight passes against Section, five of which went for touchdowns. … Collinsville is 4-2 against North Sand Mountain. The teams last met in 2019, with the Panthers prevailing in the regular season and the quarterfinals. The Bison last beat Collinsville in 1989.