Entergram announced on Sunday that the Yūki Yūna wa Yūsha de Aru Hanayui no Kirameki (Yuki Yuna Is a Hero: A Sparkling Bouquet) smartphone game will be ported to an unspecified home console or consoles. 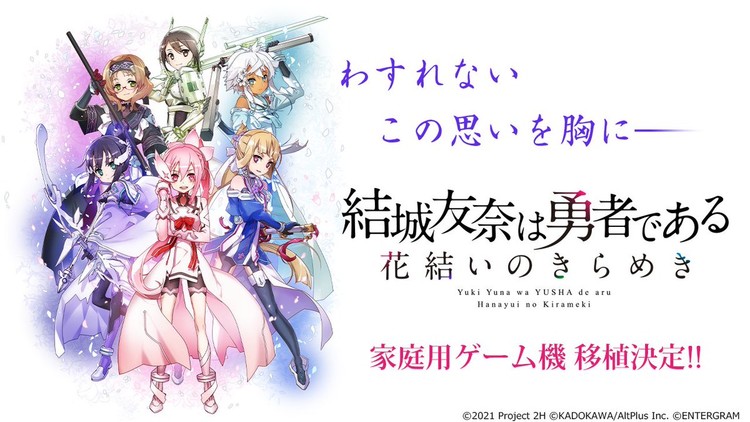 The game launched for iOS and Android devices in Japan in June 2017. A PC browser version debuted that October. The game is free to play and includes in-app purchases.

The smartphone and PC browser versions of the game will end service on October 28 at 4:00 p.m. JST (3:00 a.m. EDT). However, these current versions will receive new story content before shutting down.

The original Yuki Yuna Is a Hero television anime premiered in October 2014. The story takes place in the era of the gods, year 300. Yūna Yūki lives an ordinary life as a second year middle school student, but she’s also a member of the “Hero Club,” where club activities involve dealing with a mysterious being called “Vertex.”