We are back with another article related to One Piece. As we all know, One Piece has officially entered its final saga, as Luffy & co entered Vegapunk’s territory. Vegapunk is one of the most influential characters in the series; despite making any appearance, he made a significant impact in the One Piece world. Today in this article, we are going to discuss “Who is Vegapunk? Names of All Six Vegapunks in One Piece”.

Vegapunk hailed from the Future Country Baldimore on Karakuri Island. During his childhood, he developed and manufactured several devices in his lab. He is a natural genius who can achieve all kinds of scientific marvels.

Sadly, he could not experiment further due to a lack of resources and money, but he made a good name among the resident of his hometown. Vegapunk also granted Bartholomew Kuma’s final wish before turning him into a mindless Pacifista.

Vegapunk is the founder of the World Government’s SSG i.e., the Special Science group, whose purpose was to substitute the seven warlords for maintaining the power balance of the world.

We witnessed the ruthless power of SSG when there was a three-way war between Boa Hancock, Marines, and Blackbeard pirates. Their appearance is similar to former warlords, but they look like children. He also managed to create Seraphim and Pacifista.

Why is Vegapunk important in One Piece?

Vegapunk is one of the greatest scientists in One Piece. We heard many top-class scientists like Ceaser the Clown, Vinsmoke Judge, and Queen, who once partnered with Vegapunk, but none of them didn’t even come close to him. He worked with all these scientists and was known as MADS.

The most notable accomplishment they made here is the lineage factor that Judge used to modify his children, where his other three children succeeded while Sanji was deemed a failure. This also indirectly led to the death of Sanji’s mother. During the Marineford arc, we witnessed that he laced Kizaru’s Pika Pika No Mi devil fruit into Pacifista, which became a headache for pirates during that war.

Throughout his entire life, he has researched devil fruits, where he discovered that through some unknown means, even a non-living object could be fed devil fruits seen in Spandam’s sword and Lasso’s gun. He created an artificial devil fruit which was eaten by Kozuki Momnosuke.

He developed this fruit by taking the lineage factor of Kaido, who was the user of the Uo Uo No Mi Model: Seiryu.

At first, he thought that it was a failure, but later it was revealed he managed to create an exact devil which was equal to Kaido in terms of power and strength. As we witness during the climax of the Wano arc, where Momo is able to take Kaido head-on and manage to severely injure Aramaki using Bolo’s breath.

At a certain point in his life, Vegapunk split his personality into six people. These six people came to be known as satellites. Technically, all of them are Vegapunk, but each shares a distinct trait of Vegapunk. Also, they are differentiated by the unique number given on their body. Vegapunk’s main body is called Stella. They also have unique names, which are as follows: 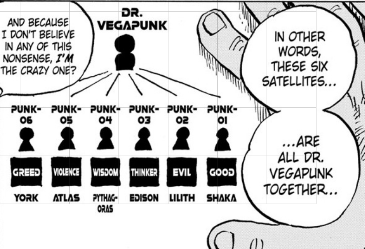 Note: Here, we have explained all of Punk’s identity depending on various fans’ guesses. So, below these explanations are theories, not official.

All Six Vegapunks in One Piece 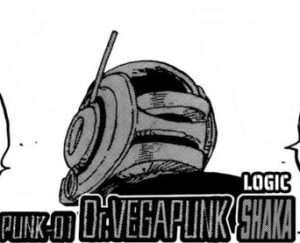 Shaka, also known as Punk-01, is among Dr. Vegapunk’s six satellites. She embodies the good trait of Vegapunk. Shaka was the one who controlled the impulsive behavior of Lilith, and she bought her to sense.

She told her about the danger the Straw Hat Pirate possesses. Even though Shaka was not present, she practically analyzed the situation calmly and ordered Lilith to bring straw hats to her.

Shaka is also a Saint Seiya character who is related to the Virgo constellation, a Zulu King, and the Japanese name of Buddha. In Buddhism, the moon is a very important symbol. The trait used for justice/logic can be interpreted as a star. 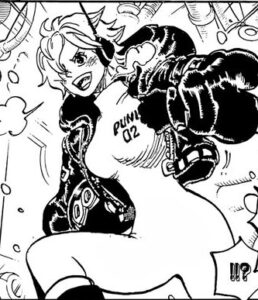 Lilith is the first person with whom straw hat pirates encountered at Egghead Island. She is no.2 of the 6 Vegapunks and possesses the evil trait.

The Mecha Sharks she built were attacking Straw hat pirates when they reached Egghead island. Lilith told the pirates she hadn’t saved their lives but rather spared them from the ruthless attack of Mecha-Shark so that she might steal their valuables.

She uses her technology and weaponry to rob travelers who break into their island and justifies it as necessary to keep Vegapunk’s research running. She has a reckless attitude that can lead it to underestimate those it attacks, as she was astonished when Shaka, the manifestation of the logic of Vegapunk.

Lilith is the name of Earth’s second fictional Dark Moon, whose existence was proposed way back in 1918 but was disapproved. So far, Lilith is only to speak like an old person.

Edison is the Punk-03 of the six satellites of Dr. Vegapunk. It possesses the scientist trait of Thinker. Also, Edison is a noble inventor, and one of the Earth’s moon craters was named after him.

Pithagoras is No.4 of the six satellites of Dr. Vegapunk, who embodies wisdom. He is a Greek philosopher and inventor, and just like Edison, one of the Earth’s moon craters was named after him. 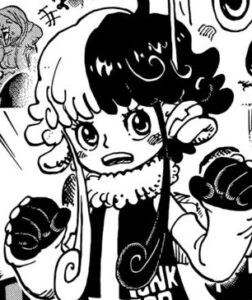 Atlas is Punk-05 Vegapunk which possesses the trait Violence. She met with Luffy, Chopper, Bonney, and Jimbe during their infiltration into Egghead island. As they were investigating illusionary holograms created by Dr. Vegapunk.

When Atlas appeared, Luffy thought she was another hologram, so he punched her, but in return, she became hostile and started attacking them.

According to Luffy, she is as tall as Kaido but is very young. Worthy of its large size, Atlas possesses considerable strength because she was able to hit Luffy and send him slamming into a wall with great strength, leaving him with bruises.

According to Greek History, Atlas is the name of the titan who was obliged to carry heaven for eternity. One of the moon craters is named after her.

York is No.6 of the six satellites of Dr. Vegapunk, who embodies Greed.

So, this is it for today, folks! Here, we have concluded our article on “Who is Vegapunk? Names of All Six Vegapunks in One Piece.” We will update once the story progresses further, as things have become very exciting since Straw hats, Marines, and CP0 are involved in this arc.