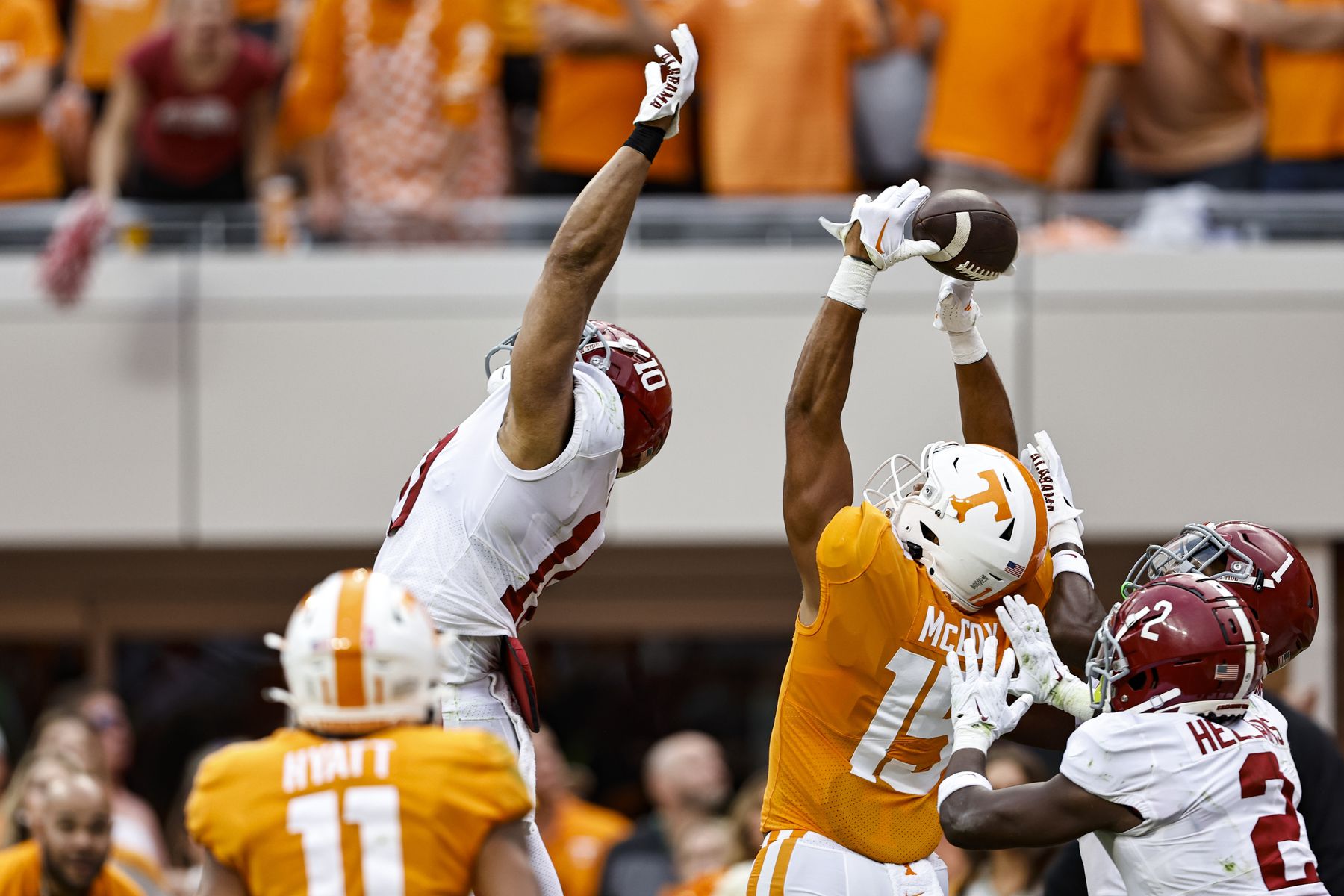 On Monday, two nights after Tennessee’s historic upset, Nick Saban diagnosed the 52-49 defeat as a “collective loss,” citing execution, penalties a lack of energy. Yet, to a casual observer and box score analyst, one Alabama defensive issue that first sprung to light against Texas in Week 2 resurfaced over a month later in Knoxville: pass coverage.

The Volunteers, specifically Jalin Hyatt, faced little resistance from the Tide secondary. Quarterback Hendon Hooker did throw his first interception of the year, but he also orchestrated the best offensive performance against an Alabama defense in 115 years (Sewanee mustered 54 points in 1907). Hyatt also set a Tennessee record with five touchdowns and 207 yards.

The issues were created by schematic inefficiencies and individual letdowns. And while the Tide fixed some errors following a close game against the Longhorns — overall, Alabama has conceded 21 plays of 20 yards or more, 13th-best in the country —next Saturday brings another pass-happy attack to handle. (Will Rogers and Mississippi State’s air-raid offense has produced the most passing touchdowns and yards per game in the Southeastern Conference.)

Volunteers head coach Josh Heupel stretched the field with his wideouts, often placing stacked formations near each sideline. Alabama’s cornerbacks and safeties were forced to the boundary and when orange jerseys motion crossed the formation, too often Tide players lost track of their matchups. It started early with Hooker targeting tight ends on angle routes, then moved onto Hyatt sprinting past safeties.

Hyatt’s first, third, fourth and fifth scores resulted from a one-on-one foot race, usually against DeMarcco Hellams. Hooker’s career day could’ve been better, as he overthrew two targets on deep routes. Saban said Alabama deployed a nickel defense, utilizing eight defensive backs, early on and pivoted to a dime look, or six DBs, in the second half. On some snaps, players would angle their feet perpendicular to the line of scrimmage, waiting to pass off a cutting receiver.

MORE Tide football: Saban says ‘nobody is entitled to a position’ as discipline troubles continue

Alabama looked ‘tight’ before Vols, Will Anderson knows why

Alabama did a fantastic job of switching its coverage plan in crucial moments a week ago against Texas A&M. Against an under-staffed offense and backup quarterback, the Tide flipped its cornerback assignments ahead of the final play of the game, closing a gap the Aggies had used on a touchdown pass earlier in the game. But when it switched against Tennessee, a more talented group, the Tide hit another stumbling block.

In its dime package, one of Alabama’s linebackers could drop into coverage. Dallas Turner nearly missed an interception with a leap in the flats in the third quarter. Though with eight white jerseys guarding the pass, and just three rushing Hooker, the Vols were able to find crossers or run the ball for 4.7 yards a carry.

Hooker’s turnover was a result of the Tide’s “cheetah” speed-rush package. Turner hit the quarterback upon release, forcing the ball to sail over the receiver’s head and into the diving arms of Hellams. But the pass rush was too inconsistent to leave the secondary exposed.

“The players are out there competing,” Saban said. “They’re playing hard. Maybe not always playing smart, maybe making too many errors that we need to fix. And as coaches, we need to help them fix them, teach them. They need to learn from the lessons that – learning occurs best when you make a mistake. But you’ve gotta take advantage of that. And I think it’s important for our players to get that.” Whatever Happened To Baubles + Soles After Shark Tank? Latest News