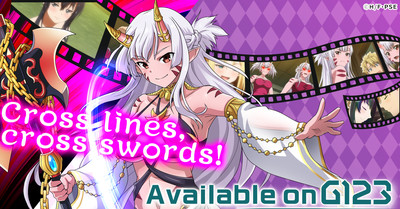 CTW announced the game in April.

Peter Grill and the Philosopher’s Time – Super Extra (Peter Grill to Kenja no Jikan Super Extra), the second television anime season for the franchise, premiered in Japan on October 9. Sentai Filmworks licensed the anime and is streaming it on HIDIVE.

The anime’s first season premiered in July 2020. Sentai Filmworks licensed the series for home video and digital release, and HIDIVE and Crunchyroll both streamed the anime as it aired. HIDIVE also streamed an English dub. Sentai Filmworks released the anime on Blu-ray Disc in October 2021, and it describes the story:

Peter Grill is the world’s strongest fighter, but his ascent to the top came with an unexpected consequence: Women around the world, human and monster alike, want to bear his genetically superior children! Since he’s currently engaged to the love of his life, Peter isn’t too keen on his sudden popularity, and it will take every ounce of self-control for Peter to keep his hands to himself and his relationship with his paramour in one piece in the outrageously irreverent Peter Grill and the Philosopher’s Time.

Hiyama launched the manga in Futabasha‘s Manga Action magazine in July 2017. Seven Seas Entertainment has licensed the manga, and it released the eighth volume on July 19.