Made in Abyss: The Golden City of the Scorching Sun is the latest installment in the animated masterpiece
Made in Abyss. We spoke to director Masayuki Kojima and scriptwriter Hideyuki Kurata about the horrors
and wonders of season 2, and their approach to adapting the series in general.

Note: This interview contains mild spoilers for Made in Abyss: The Golden City of the Scorching Sun and
Made in Abyss: Dawn of the Deep Soul. 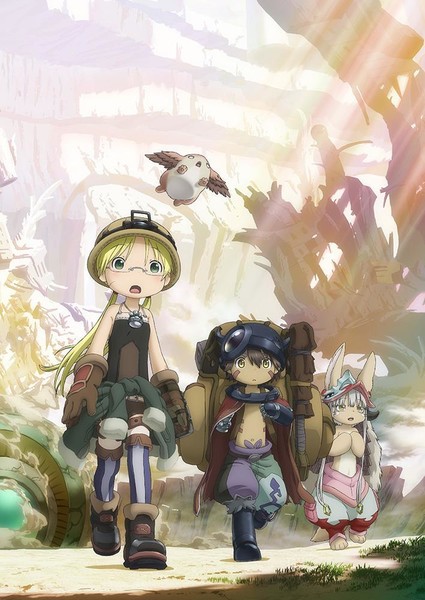 All the layers in Made in Abyss have been unique so far. Can you talk about creating the world of the sixth layer? What kind of mood did you want to set with the creatures and backgrounds?

KOJIMA: My biggest priority is recreating every layer in the original work faithfully, not just the sixth layer.
But to talk specifically about the sixth layer, we made the backgrounds give off a golden gleam throughout
in order to make it live up to its name as the Golden City.

There’s a stark difference between the world of adults and the world of children in the series and
often growing-up (physically and emotionally) is traumatic for the characters. Do you think this is
an experience viewers also relate to?

KOJIMA: I don’t know what the world of adults and the world of children refers to, but in Made in Abyss,
there are dangers that children are prone to falling into. Nevertheless, one could say that they are able to
overcome those dangers precisely because they are children. I think that this is one of the appeals of Made
in Abyss.

KURATA: It comes from my personal experience. There were some obviously adult-targeted works among
the creations I watched, read, and touched in my childhood and adolescence. At that age, I sought
pleasure in creative works; the adult things left a lingering aftertaste of doubt, shock, and unease. Now that
I’ve grown up, I’ve come to understand that those are extremely important aspects of work and character
building.

I think that Made in Abyss is a story that’s situated within that context. I hope that you can sympathize with
Riko and her friends and share the growth that they experience. 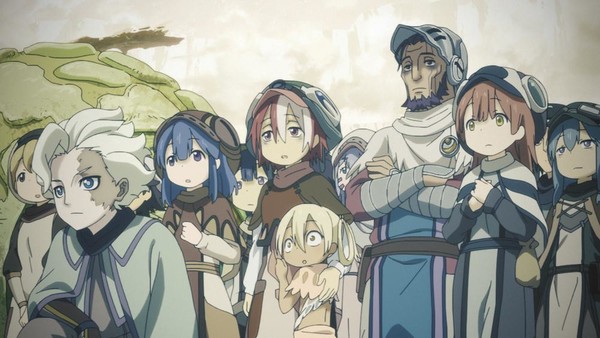 One difference from the manga is the story of Riko, Reg, and Nanachi is interspersed with the story
of the Ganja explorers. What prompted this change?

KOJIMA: The scriptwriter Hideyuki Kurata suggested that idea when we were having meetings to
determine the structure of the series, I believe. If we were to follow the source material’s structure, then the
flashbacks would take up three consecutive episodes, so by front-loading the anime with that story and
divvying it out in a smaller chunk, we would be able to reduce the flashback to just two episodes. I believe
that was the reasoning.

KURATA: Vueko’s recollections took up a great deal of volume in the manga too. I thought that if we were
to adapt it as it was, then there would be three episodes halfway through the series where Riko, Reg, and
Nanachi don’t appear. The Ganja explorers are important characters, but I wanted to avoid a situation
where the main team doesn’t even appear for three episodes. So I disassembled the flashback scenes and
inserted some of them into the series’ first half.

The result, I hope, is that it produced a kind of fusion effect: the similarities and differences between the two
groups become clear in the span of a single episode, and the Ganja explorers become more sympathetic,
and it’s a good hook.

What techniques do you use so that the Abyss seems vast to viewers?

KOJIMA: We’ve been doing this since the first season, but we divide the perspective shots into two polar
opposites: subjective (shots that depict the perspective of a person) and objective (wide shots). I think that
the effect that this produces makes it easier to relate to the characters occupying the vast terrain.

Made in Abyss‘s story includes cuteness, horror, and sexuality. How do you balance these elements?

KURATA: I generally follow the source material when I write the scripts. I consult with the staff at the
brainstorming stage, but when it comes to actually writing the script, we don’t remove anything (except
things that can’t make it in due to length). The sincere thing about this series is that cuteness, horror, and
sexuality coexists equally…along with poop. 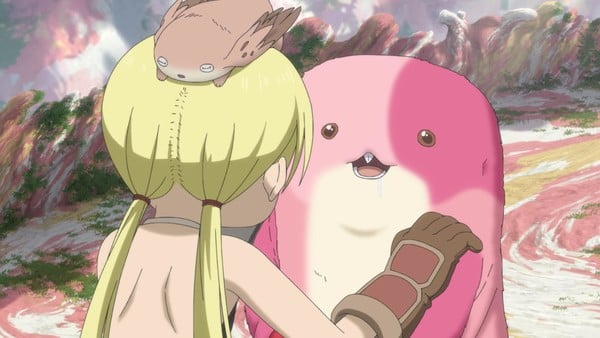 The primary viewpoint of Made in Abyss is through child (and child-like) characters. How did you
capture this in writing the script?

KURATA: Because of their outward appearances, my heart can’t help but twinge whenever the characters
get into danger or trouble. But then I immediately switch to thinking “Well, sure, they are kids, but even kids
die when it’s time for them to die” and return to work. Perhaps I do that switch in order to maintain
objectivity.

In situations where even an adult character would stop to hesitate, Riko and her friends will push through
with relative fearlessness, so I think it makes for a good tempo from a playwriting perspective as well.

What is the continued importance of the characters’ relationships to one another, like Prushka and
Riko?

KURATA: Because of the nature of Made in Abyss‘s story, characters who have parted ways rarely reunite. But Prushka’s appearance in season 2 made me realize: “Oh, she really is going on an adventure
with everybody.” It made me think that all the characters in this series are depicted in a way that makes
them feel as if they are connected by the Abyss. You can see it as proof that there is always an underlying
hope no matter how heavy the story gets. 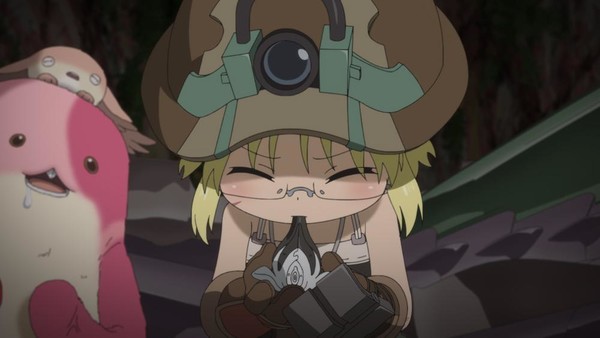 Of all the creatures Riko has eaten, were there any you thought would be tasty?

KOJIMA: Sashimi made out of Hamashirama fishes. I am Japanese, so of course…

KURATA: I’m not adventurous with my food choices, so I’d go with the Type 4 Energy Rations.