Today we are going to cover the article “How to watch Chainsaw Man Anime for Free?” In this article, we will discuss the various sources through which we can watch Chainsaw Man anime for free. The sources will include official streaming sites, private websites, telegram links, and mobile apps.

Chainsaw Man, without any anime adaptation, had itself got a huge fan base. The manga was published in the weekly shonen jump, where part 1 of the manga ran for two years. But it still manages to amass a huge fan following. A year ago, Mappa studio teased us that they would adapt the anime.

When this news got out, the hype for the anime got increased and doubled as the studio was behind successful projects like Attack on Titan, Dororo, God of High School, and Jujutsu Kaisen. With time, the hype for anime continues to increase. Many fans of this series believe that once the anime releases, it is going to break the internet.

How to watch Chainsaw Man anime for Free?

Chainsaw man anime will be official release on Crunchyroll in October 12, 2022. The release will be available in most Crunchyroll territories, excluding Asia. 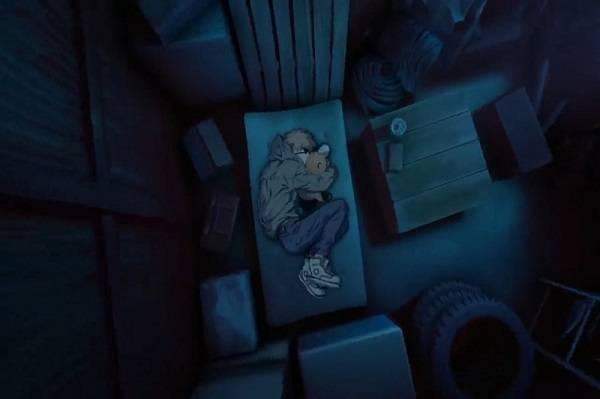 The main lead of the Chainsaw Man series part 1 is Denji and his devil, Pochita. It follows their life in the public safety commission and how he discovers the dark truth about the head of Makima. Just less than two months are left for us to catch the Journey of Denji.

The anime will follow the standard shonen pattern, i.e., the weekly release pattern. An official date and time are yet to be surfaced,, but fans will go crazy about it whenever it gets revealed.

Crunchyroll is one of the most popular streaming services for anime. It amasses a huge collection of animes in its library. Almost all the animes especially subbed animes, are streamed on that site.

Crunchyroll has bought the official streaming rights of Chainsaw Man. And the anime is going to be available to us on the same day as its original airing. The best part of this service is that watching anime here is legal,; we can watch it here for free by making an account.

There are some packages regarding the service. For instance, if we choose the premium membership,, we can watch our anime without any ads. The free version includes advertisements that can hinder our watching experience. So, below we have given the steps for how to make an account in Crunchyroll. They are as follows

As we all know how piracy is extinguishing the international anime industry. It is not advisable to go for pirated websites when we have legal outlets like Crunchyroll for free. Recently a Youtube channel named Muse India has started streaming official anime in India.

Muse India is the sister channel to Muse Asia. Recently it streamed popular animes such as Spy X Family, Devil is a part-timer, Made in Abyss Season 2, Classroom of the Elite, etc. Based on experience, we have considered this; Chainsaw Man might get streamed on this channel as Crunchyroll streaming service did not include Asia.

One of the popular anime websites, Kissanime was taken down two years ago. The site ran for eight years but now it is not currently active due to copyright complaints. Most anime viewers generally used to prefer this website to watch their favorite anime. This is one of the reasons why we cannot trust these private websites.

Here, we strictly do not encourage fans to watch the series on private websites. Anyways, we have still mentioned some private anime websites which can be accessed by browsing on google.

These days many people have started using Telegram to download anime. So, we have shared some telegram channels related to Chainsaw Man from where it can be downloaded. Generally, these anime channels on Telegram are managed by various anime fans.

These channels mentioned above particularly release numerous anime. So, they might release the anime 1-2 days later than the official release.

If you desire to watch anime using mobile apps, then we have mentioned a few apps below that we can download from the Google Play store.

As mentioned earlier, Chainsaw Man follows the story of Denji and his devil Pochita. After getting betrayed by the Yakuza while he was paying off his father’s debt. He forms the contract with the devil and slaughters the Yakuza all by himself. Immediately he gets approached by Public Safety Commission which is headed by Makima. 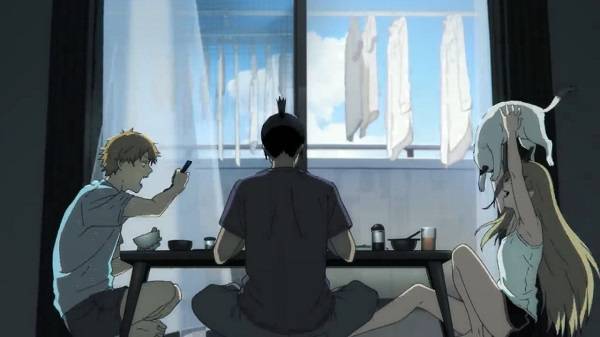 After joining the public safety commission, he becomes acquainted with other devil hunters. As the story progress, Denji learns the true goal of Makima, which greatly surprises him. Chainsaw Man manga Part 1 ended with Denji defeating Makima for good. Currently, the manga has started part 2, “The high school arc,” which deals with the war devil whose goal is to kill chainsaw man. The anime is going to air this October 2022.

Here, we conclude our article on “How to watch Chainsaw Man Anime for Free?” Next, we have a little FAQ section to answer some of the most asked questions.

Q1. Where can I watch Chainsaw Man Anime?

Ans – You can watch Chainsaw Man anime only on Crunchyroll.

Ans – Yes, the manga is currently ongoing, and the anime is about to start this October.

Q3. When will Chainsaw Man anime be going to air?

Ans – Chainsaw Man anime is going to air in October 2022.

Q4. When will Chainsaw Man get dubbed?

Ans – It might get dubbed after six months of the original episode.

With this, we conclude with our article on “How to watch Chainsaw Man Anime for Free?” We hope we’ve been of some help and hope to see you say safe, tuned, and hyped for further updates.