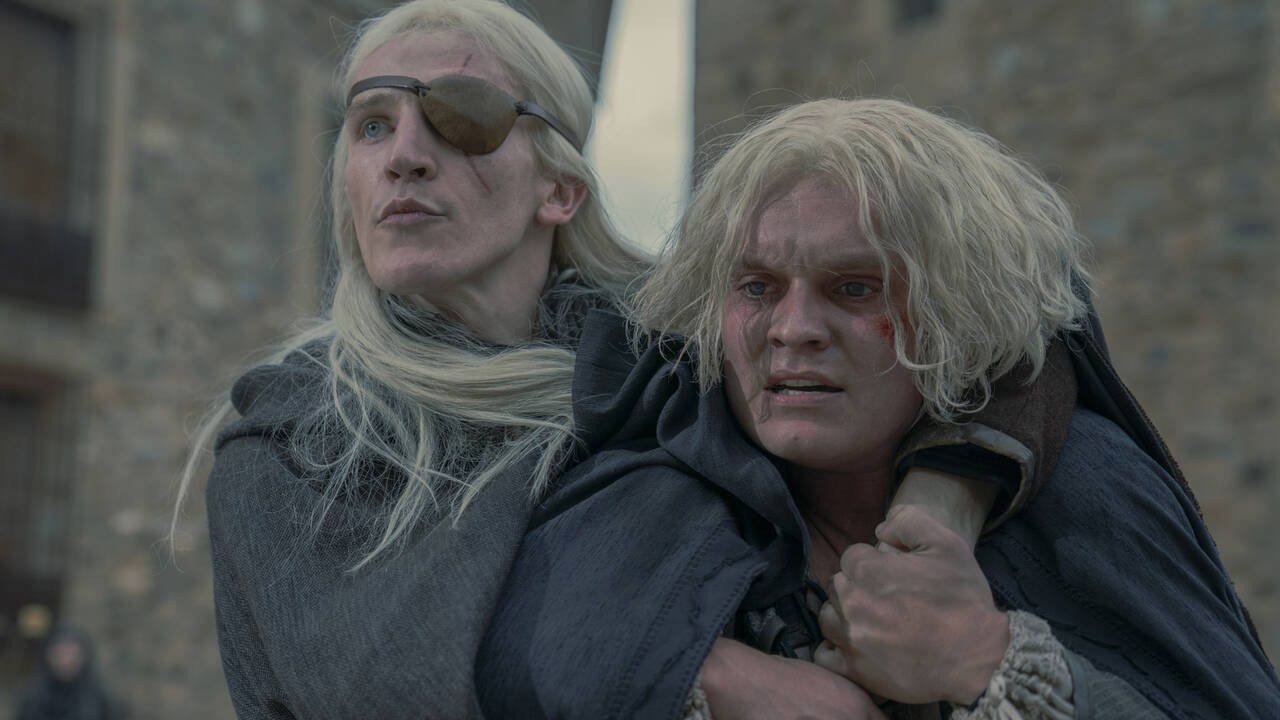 Now that Viserys the Peaceful has departed, there is no peace in the ninth episode of House of the Dragon. It does open with a mourning, quiet mood, but this quietness is a deception. Not much time is spent on grieving, as Otto Hightower quickly dives into the issue of succession. Because of Viserys’ confusion before his death, Alicent thinks her husband wants Aegon to sit on the Iron Throne. The members of the Small Council are relieved, but some see this as treachery. Viserys, after all, did name Rhaenyra his successor, and his new wish was solely spoken in front of Alicent. How convenient!

Lord Beesbury is among those who oppose this new decision. When he shouts and declares he will not be involved in treason, Ser Criston Cole comes and stands behind him, which is not a good sign. Expectedly, he shoves him down and bangs his head on the table. Beesbury won’t be attending any meetings from now on. If you do not bend your knee, then be ready to meet your maker. This threat forces some people to reluctantly follow the new orders.

Rhaenyra is locked in her room and is not immediately told about Viserys’ death. This episode focuses more on Alicent, showing us someone who has come a long way from being a kind girl. That doesn’t mean she sheds fake tears. Alicent is really upset about her husband’s demise and takes a different route from Otto to carry out her son’s ascension. Basically, Otto wants Rhaenyra to be murdered, but Alicent rejects this idea. Instead, she tries convincing her ex-best friend to support Aegon. Even if Alicent hadn’t misunderstood Viserys’ speech about Aegon and the Song of Ice and Fire, the Small Council had a plan to put Aegon on the Iron Throne. Alicent is not happy with this revelation. She is disgusted by these cunning schemes and refuses to completely side with Otto Hightower.

Much of this episode centers on finding Aegon. Both Otto and Alicent send people to find the prince so he can be crowned. Alicent sends Criston and Aemond, while Otto appoints Arryk and Erryk, identical twins, for the task. While searching for Aegon, Aemond mentions that he should be the one on the throne. His reasons are solid, though. He rides the largest dragon, is skilled with a sword, and spends time studying the history of the kingdom. Unfortunately, poor Aemond must wait in line because these things occur as per birth order.

Aegon is finally found with the help of Mysaria, aka White Worm. Don’t ask me how she became White Worm. I have not read the source material, and the show takes big leaps in terms of timeline. Mysaria informs Otto about Aegon’s location and, in return, asks him to close a children’s fight club.

But what about Aegon? While everyone prepares to crown him, he cries that he does not want to become a king. He even requests Aemond to help him escape, and he would never see his face. However, he gets attracted to power once he notices the Valyrian steel sword in the carriage. While the crowd hails him as their new king, he lifts his sword in the air and revels in the joyous celebration. It’s here Rhaenyra pops out with her dragon. The giant beast screams loudly, and we know what that means. It’s a cry of discord, an announcement of war.