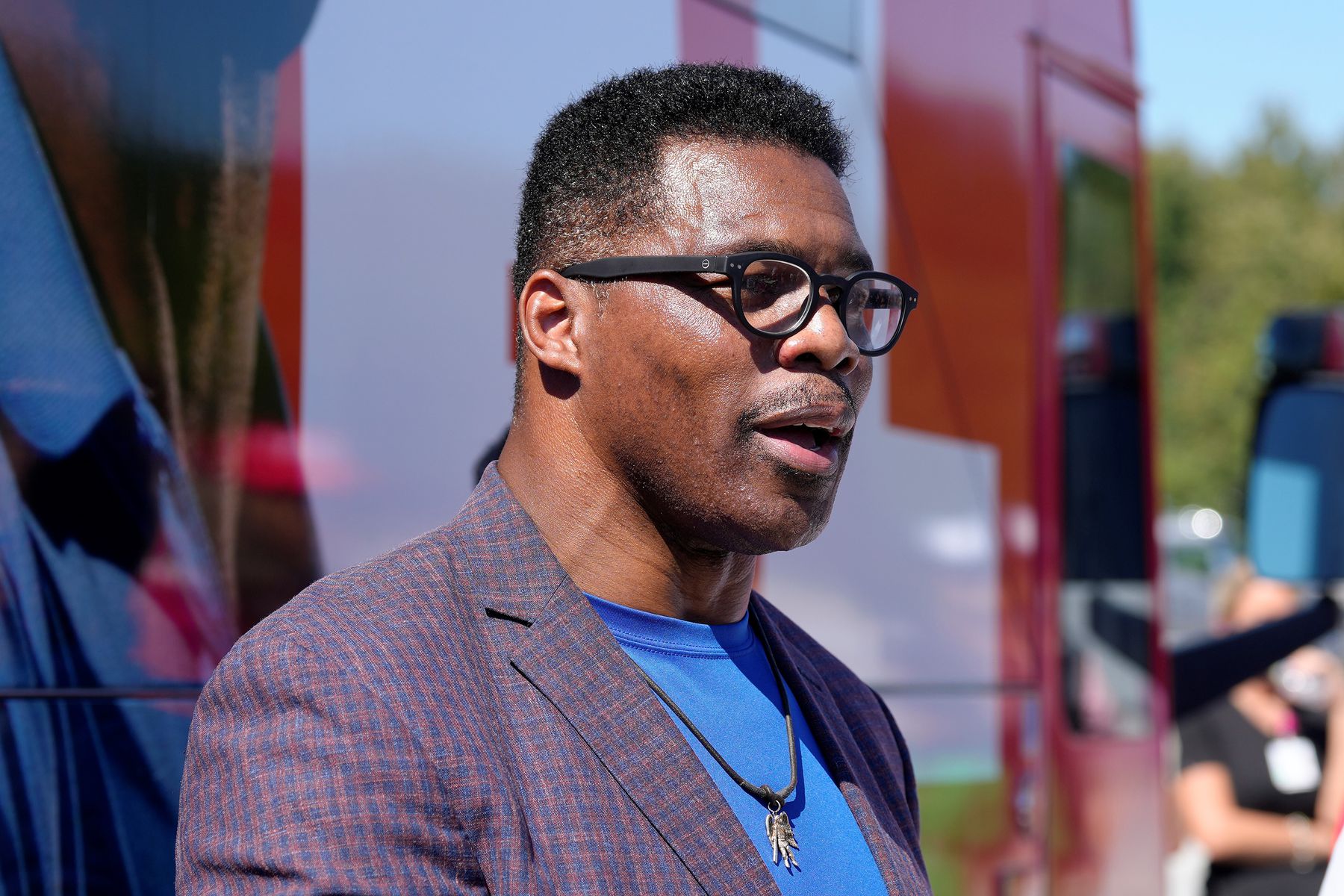 Herschel Walker, the Republican nominee in the Georgia Senate race, was reprimanded after flashing a “prop” police badge during his debate Friday night against Democratic Sen. Raphael Warnock.

The former football star, who has faced waves of negative attention over abortion allegations and secret children, also once again denied that he paid for a woman to have an abortion and then encouraged her to have the procedure a second time two years later.

Walker showed the badge after Warnock called him out for previous comments that he’s trained with the FBI and worked with law enforcement — claims that have been debunked.

“One thing I have not done, I’ve never pretended to be a police officer,” Warnock added, as the crowd cheered.

“I have to respond to that,” Walker responded, as he reached into his coat to pull out what looked like a police badge: “You know what’s so funny? “I am work [sic] with many police officers.”

The moment drew laughter from the crowd and sparked a firm rebuke from the moderator.

“Excuse me, Mr. Walker,” the surprised moderator said. “Please, out of respect, I need to let you know … you are very well aware of the rules tonight; and you have a prop. That is not allowed sir. I ask you to put that prop away.”

Walker, an anti-abortion candidate who’s backed by former President Donald Trump, continued to assert that his ex-girlfriend’s accusations that he encouraged and paid for her 2009 abortion were not true.

“As I said, that is a lie,” Walker said. “I put it in a book, one thing about my life, I have been very transparent. Not like the senator, he has hid things.”

Walker added: “I said that is a lie and I am not backing down. And we have Sen. Warnock, people that would do anything and say anything for this seat. But I am not going to back down.”

He also denied Friday that he’d support a national abortion ban, which contradicts his statements on the campaign trail.

Walker said Friday that his position is the same as Georgia’s state law, the so-called heartbeat bill that bans abortion at six weeks, before many women know they’re pregnant.

The debate was held just days before in-person early voting begins Monday. The outcome will help determine which party controls the Senate for the next two years.