Concert was slated for Monday 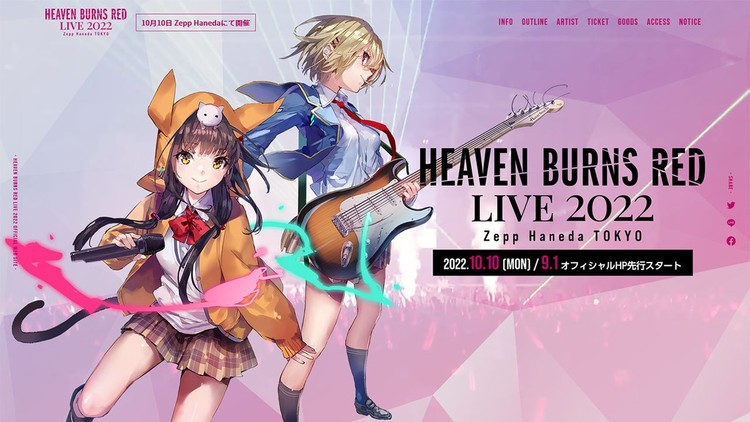 Visual Art’s/Key annouced on its Twitter account on Sunday that the planned Monday concert for the Heaven Burns Red smartphone game has been postponed due to singer and voice actress Konomi Suzuki testing positive for COVID-19. The event did not yet reveal a new date for the concert.

The announcement explained that Suzuki reported her throat feeling bad earlier that day, and then she took a PCR test which yielded a positive result. She is now undergoing treatment at home under the guidance of her medical center. The concert organizers are offering ticket holders the option to use the tickets for the rescheduled concert or to apply for refunds.

Suzuki is the singing voice of the character Karen Asakura in the game. The character is part of the in-story band “She is Legend.” Suzuki sings many of the band’s songs. 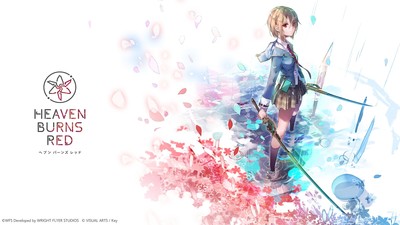 The game launched in Japan on February 10. The game was previously slated to launch in 2020 for iOS and Android devices, but was delayed to mid-2021, and then delayed again to a general 2021 window, before the latest delay to February 2022. The game is Jun Maeda‘s (Kanon, Air, Clannad, Angel Beats!) first completely new game in 13 years.

Key and Wright Flyer Studios are credited with the original concept, and they are collaborating to produce the project. Maeda provided the main scenario for the game. Yuugen (Outbreak Company) provided the main visual and character designs based on Na-Ga (Angel Beats!, Little Busters!), Fumuyun, and Maroyaka’s original designs. Maeda also produced the music for the game and providied the theme and insert songs with Nagi Yanagi (Waiting in the Summer, IRODUKU: The World in Colors songs).