Pony Canyon announced on Monday that Hatsuharu‘s A Girl & Her Guard Dog (Ojō to Banken-kun) manga is getting a television anime adaptation in 2023. 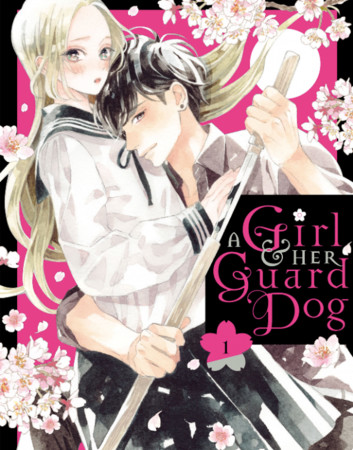 Kodansha USA Publishing is releasing the manga in English digitally, and it describes the series:

Isaku never asked to be the daughter of a yakuza boss, but when her parents died in a car accident when she was 5, her gangster grandfather took her in and raised her as part of the clan. After years of being avoided by her schoolmates because of her family ties, Isaku is finally ready to make her high-school debut, live a normal life, and maybe even find love…until loyal family servant and Isaku’s dedicated guardian, 26-year-old Keiya, enters high school right alongside her and vows to protect her from all of the above! Now she’s got a chain-smoking, pistol-wielding knight-in-shining(?)-armor to deal with, and navigating high school besides? What’s a young lady to do?!

Hatsuharu launched the manga in Bessatsu Friend in December 2018. Kodansha will publish the manga’s eighth volume in Japan on Thursday.

Kodansha USA released the manga’s seventh volume digitally in English on June 21. The company also publishes Hatsuharu‘s Can I Kiss You Every Day? manga in English.