The staff for Gold Kingdom and Water Kingdom, the anime film of Nao Iwamoto‘s Kin no Kuni Mizu no Kuni manga, announced seven new cast members for the film on Monday, and also revealed the fllm’s January 27, 2023 release date in Japan. 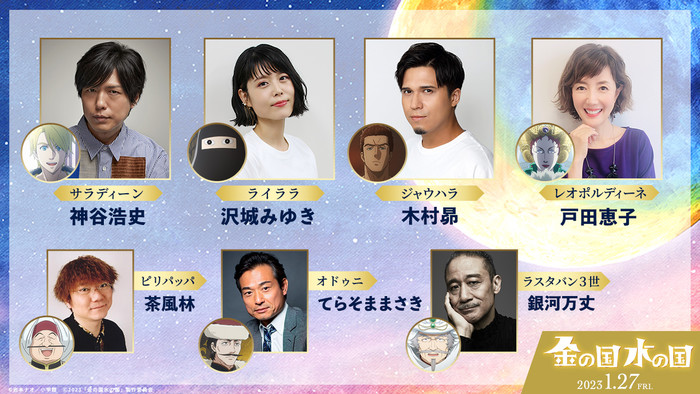 New cast members include (pictured above, top row left to right and then bottom row, character name spellings not official): 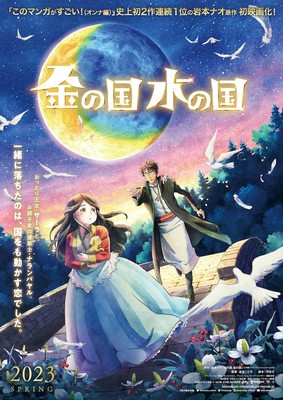 The anime film announced in July its two main cast members: Kento Kaku as Naranbayar, and Minami Hamabe as Sara.

The manga is set in two rival kingdoms that have been in poor relations for a long time. The story centers on Sara and Naranbayar, a princess and young man from either country who meet by chance, and find that they must act as a couple to maintain peace in their realms. Even so, they find that they slowly fall for each other.

Iwamoto launched the manga in Shogakukan‘s Flowers shōjo manga magazine in October 2014, and Shogakukan published the manga’s only book volume in 2016.

Kin no Kuni Mizu no Kuni topped the Female Readers list for the 2017 edition of Takarajimasha‘s Kono Manga ga Sugoi! (This Manga Is Amazing!) guidebook. It was also nominated for the 10th Manga Taisho award in 2017.