In the final saga, Blackbeard pirates are active more than ever before. Out of nowhere, Blackbeard joined the war between the Marines and Kuja Pirates. It was here revealed that he was after a pirate empress to get her devil fruit powers. He managed to emerge victorious and grabbed Boa by her throat. The fight was stopped by the arrival of Rayleigh, but he managed to abduct the hero of the rocky port incident Captain Coby.

Here comes the main part, which sends fans of One Piece shivers. In One Piece Chapter 1063, the Blackbeard Pirates managed to ambush Trafalgar D. Water Law. During the battle, they ganged up on Law to get his Road Poneyglyphs which he acquired during his journey with the Straw Hat pirates, and there is a slim chance that he might be after Law’s devil fruit, too, as it is the most overpowered fruit.

In the post, we have compared every Blackbeard Pirate, ranked them according to their strength on every minor detail, and concluded with an unbiased result. So, let’s discuss. 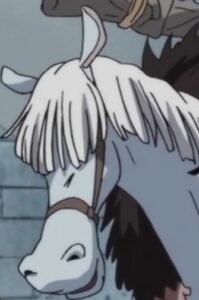 Stronger is the horse on which Doc Q always mounts. Since Doc Q is always sick, he climbs on him all the time. Doc Q has a tendency to collapse if left unsupported for some time.

In the latest chapter, it was revealed that it has a mythical Zoan Devil fruit that allows it to transform into a Pegasus, the flying horse. It shows that even the animal in the Blackbeard Pirates has the devil fruit abilities (like Chopper). 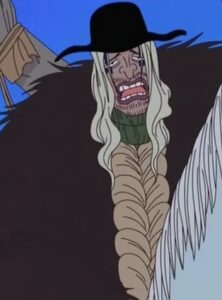 Doc Q is the doctor of the Blackbeard Crew. Ironically, he has an ill body and needs his horse to move around. He is the ninth ship captain and one of the ten titanic commanders’ crew.

During the Marineford arc, he used his scythe to cause some damage to Whitebeard. Recently, the series unveiled the name and the ability of his Devil Fruit. His Devil Fruit, “Shiku Shiku no Mi,” grants him the ability to infect other people with sickness.

That’s why he is always ill. He fought against Law and infected him, too; however, Law nullified his fruit’s ability with the use of Haki.

Ability: Can infect people with sickness 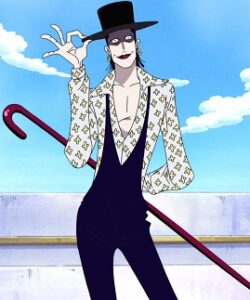 Laffitte is the navigator and chief of staff of the Blackbeard Pirates. He is the fifth ship captain and one of the ten titanic commanders. He hails from West Blue, where he used to be a ruthless policeman who committed a lot of brutalities.

For his acts, he was suspended, and he gained the title of Demonic Sheriff. Presently, the series hasn’t unveiled the name of his devil fruit.

But in the One Piece series, we have seen his big white wings, so there is a probability that he has the ability of some ancient/mythical Zoan fruit. 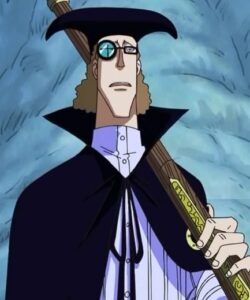 Van Augur is the sniper of the Blackbeard Crew. He is the third ship captain and one of the ten titanic commanders’ crew. During the Marineford arc, he used his rifle to shoot Whitebeard and mark Yasopp.

During his fight against Law, he used his devil fruit power (which can teleport people from one place to another) to teleport Jesus Burgess. He gained the title of The Supersonic.

Ability: Can teleport others 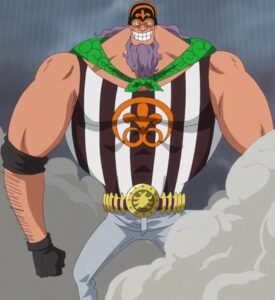 Jesus Burgess is the helmsman of the Blackbeard pirates. He is the first ship captain and one of the ten titanic commanders on the crew. He has been nicknamed Champion and played a crucial role in the Dressrosa arc, where he was defeated by Sabo after failing to obtain Mera Mera No Mi.

Recently, during his fight against Law, he revealed his fearsome devil fruit power. He threw a big mountain at him, but Law was somehow able to counter it. 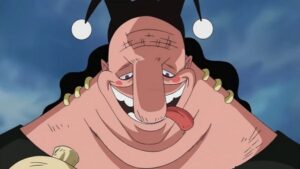 Vasco Shot is the eighth ship captain of the Blackbeard Pirates as well as one of the titanic commanders. He was originally a impel prisoner from level 6 who joined the Blackbeard crew after being released by Teach.

He has earned his nickname as a heavy drinker due to his drinking ability. Recently he invaded Amazon Lily island to capture Boa Hancock, but he was defeated by her. 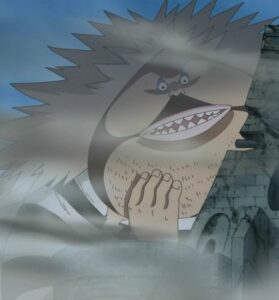 Sanjuan Wolf is a huge giant who became one after consuming a paramecia-type devil fruit which is yet to be revealed. He is the seventh ship captain of the Blackbeard pirates as well as one of the titanic commanders.

Wolf joined Blackbeard Pirate after being freed by Blackbeard. He has earned his nickname Colossal Battleship due to his abnormal height.

Many theories have been made that he has a Paramecia devil fruit that allows him to transform into a battleship, something like we see for Capone Bege. 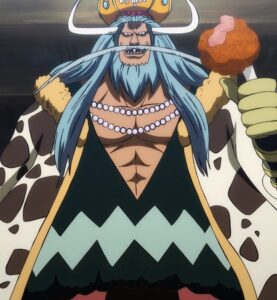 Avalo Pizarro, also known as the corrupt king, hailed from North Blue. He used to be the ruler of his kingdom, who was overthrown by the people due to his corrupt ways.

Afterward, he was captured by World Government and thrown into level 6 of impel down the prison. He was later freed by Blackbeard pirates and subsequently joined them. He is the fourth ship captain of the Blackbeard pirates as well as one of the titanic commanders. 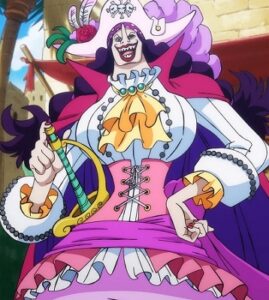 Catarina Devon is the only female member of the Blackbeard crew who also goes by the name Crescent Moon Hunter. She is one of the strongest female characters in the One Piece world. She is the sixth ship captain and one of the ten titanic commanders of the Blackbeard pirates.

In a recent chapter, she invaded Amazon Lily Island alongside Blackbeard and Vasco Shot to capture the pirate empress. She was defeated by Boa Hancock. 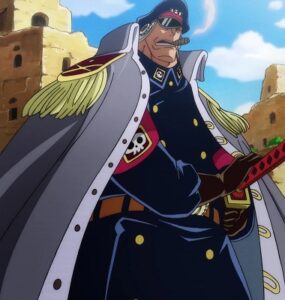 Shiryu is one of the strongest members of the Blackbeard Pirates. He used to be a head jailer at Impel down and was one of the main pillars of it alongside Magellan. Due to his violent tendencies, he was imprisoned in Level 6.

Later on, he was temporarily released by Magellan to stop Blackbeard, but he ended up joining them. He is the second ship captain and one of the ten titanic commanders on the crew. Not only this, he has the power of invisibility which makes him one of the strongest swordsmen in the One Piece world. 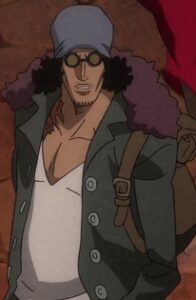 Kuzan, who was a former marine admiral, was known as Aokiji. Due to unknown reasons, he left the marines after his subsequent defeat at the hands of Akainu.

Kuzan later becomes an ally with the Blackbeard Pirates. Here many fans believe that he is working undercover for the marines, just like X Drake.

Ability: create, control, and transform his body into ice 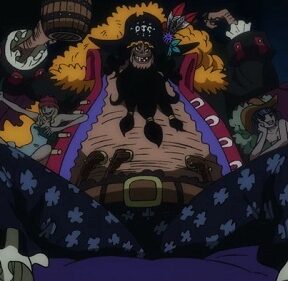 Teach is the only character who attained every title possible in the series, i.e., Supernova, Warlord, and one of the four emperors. He started his journey as Whitebeard’s apprentice and murdered his crew member to get his hand on Yami Yami No Mi.

He defeated Ace at Banaro Island and handed him to the marines so to gain access at Impel Down. Blackbeard’s goal is still yet known, but he is exactly similar to Rocks D Xebec. After the Rocky port Incident, he became the boss of Pirate Island. Teach is the Captain turned Admiral of Blackbeard pirates.

So, this is it, folks!! We will soon be back with another article on One Piece. Till then, stay tuned and stay updated. See you again. Who is the Main Villain in Fullmetal Alchemist? Top 10