As vexing as it is, no anime or manga has been popular with just a good storyline or high-quality animation. It’s usually the characters in them that fans get attached to and that always leads to debates about which character stands above the rest, and I’m here to clarify that, just with a small requirement: Who are the coolest anime characters with a mullet? Below we have listed the best anime characters with a Mullet. Now it’s up to you to choose who has the coolest mullet style. 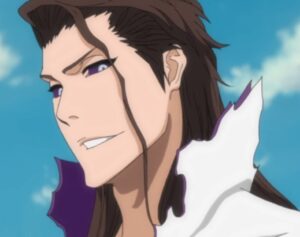 When he reached Hueco Mundo, he took off his spectacles, ran his fingers through his hair, and exposed his menacing eyes. His hair had also undergone a significant change as seen in the past; it was now swept back with a strand flowing down his face. 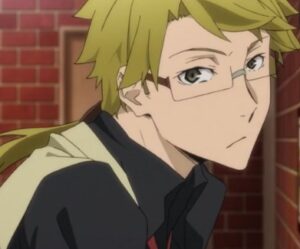 On the 2nd number, we present to you Doppo Kunikida, who is recognized as a member of the Armed Detective Agency. Kunikida is a tall, slender man with green-gray eyes and blonde hair.

His hair is quite neat yet spiky and ends in a lengthy ponytail. His bangs are parted to the right. He has a mullet hairstyle which makes him look exceptionally gorgeous. 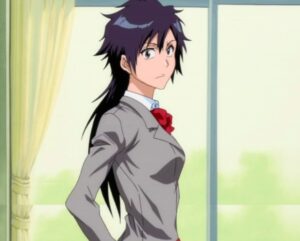 In the 3rd position is Arisawa Tatsuki from Bleach. Tatsuki Arisawa studies at Karakura High School with her childhood friend, Ichigo Kurosaki. Her black hair, brown eyes, and average height describe her as a tomboy.

Her hair used to be short and dark and kept spiked out at the sides to match her less feminine look. Seventeen months later, Tatsuki’s hair is significantly longer and falls beyond her shoulders. 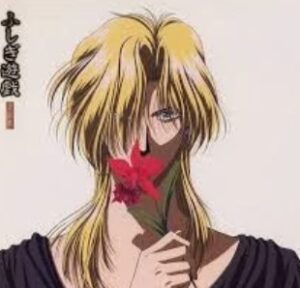 On the number 4th, we have Nakago, who is the antagonist and charismatic. He effortlessly inspires a sense of awe and terror in everyone he meets. He eventually becomes withdrawn and reflective because of having experienced abuse.

He has platinum-blonde hair that, both now and when he was younger, falls down to his shoulders with a small wavy top. His eyes are a brilliant blue. Nakago seems heartless, yet his terrible upbringing explains why he chooses the people he wants to care for. 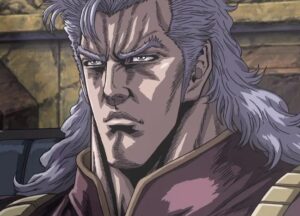 Anime: Fist of the North Star

Shu is the successor of the Nanto Hakur Ken (also known as the “South Star White Heron Fist“) style and one of the Nanto Roku Seiken, a brave character from the manga and anime series “Fist of the North Star.” He bears the responsibility for the Star of Benevolence (Jinsei), which will serve and guard the next generation.

Shu, who had previously served as Souther’s second in command, was present when young Kenshiro engaged in combat at the Nanto Junin Kumite. To put Kenshiro to the test, Raoh brought him to the Nanto dojo, where he would have to overcome ten Nanto opponents or perish. Shu volunteered to be the last opponent and easily defeated the boy after Kenshiro reacted to his ki. 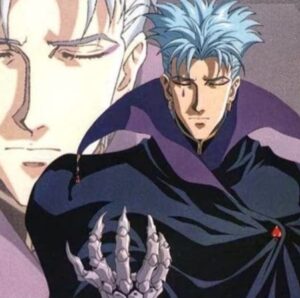 Anime: The Vision of Escaflowne

Folken Fanel, also known as Strategos, is a major antagonist in The Vision of Escaflowne and Escaflowne. He is the Zaibach Empire’s chief strategist and Van Fanel’s estranged older brother.

Folken appears to be a stoic and cold character. He is often manipulative, taking advantage of his position in the Zaibach Empire and his subordinates.

Despite being shorter than most and getting mistaken for a child, she is good at using swords because she trains in Kendo and is also good at jumping.

Only shown for the first couple minutes in the anime and having a few panels in the first chapter of Boruto manga first chapter, the other main character in the Boruto series, Kawaki, is shown to be highly battle-oriented and a powerful user of the “Karma.”

He got his original Karma via Isshiki Otsutsuki, turning him into a vessel of his reincarnation and later failing to do so, Kawaki loses his Karma but gets it back due to Amado making changes to his body.

Even though he is trained in hand-to-hand combat by both Jigen and Naruto, Adult Kawaki uses a pole with Stage 3 Karma to fight. 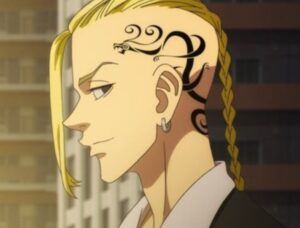 How can we forget one of the coolest characters in anime verse, Ken Ryuguji? He has the mullet style, but his side hairs are completely shaved. He has blonde hair and is one of the main characters in Tokyo Revengers.

He tattooed a dragon on his left temple. His nickname is Draken, and he is the hottest guy in the Tokyo Revengers series, who loves to fight. Draken is also my personal favorite character. 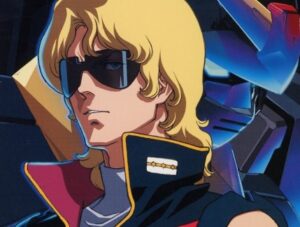 One of the prominent characters is Char Aznable from the Universal Century. He also went by the identities Édouard Mass and Quattro Bajeena throughout his life.

His subordinates appreciate him and are loyal to him since he is a captivating man. He is mentally fragile as a result of the pressure to succeed his father and the loneliness he feels from not receiving enough love as a child. 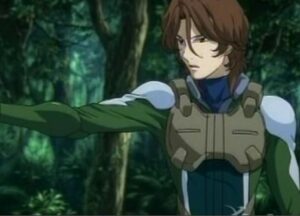 The main character and a Gundam Meister, Lockon Stratos, is easygoing. He never let his differences with others prevent him from helping others.

He continues on the heritage as his next Lockon Stratos after his younger twin brother, Lyle, passed away. As a trained Gundam Meister, he is an expert pilot and has a wide range of weaponry knowledge. He also has an excellent eye for shooting. 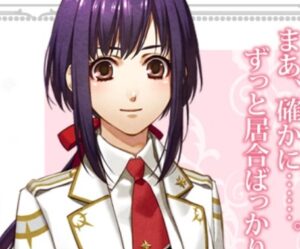 After much deliberation, on the 13th number, we have Yui Kusanagi, a typical high school student and the daughter of a Shinto shrine priest.

Yui has reddish brown eyes, and her hair is straight, waist-length, and dark purple with two-sided bangs that fall to her shoulders. She is tenacious, ambitious, and faithful to the people she loves. 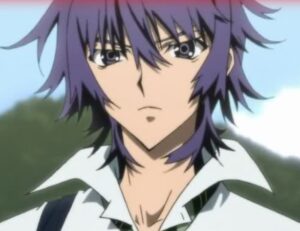 One of the main protagonists of Shiki is originally a city dweller. Natsuno is a handsome young man with a very lean physique. He had long, messy violet-colored hair.

He had a tanned complexion and grey eyes. Under his eyes appeared to be small wrinkles as well. He is a calm and intelligent person who is often mistaken for cold and quiet. 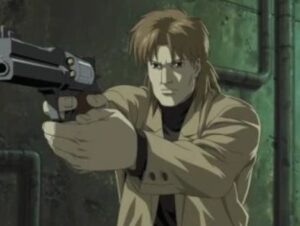 Anime: Ghost in the Shell

Let’s end our article with the second most featured male character in the Ghost in the Shell anime series, Togusa. He is stated to be the only member of Section 9 that has not undergone cybernetic replacement though he does have a cyber brain (according to Stand Alone Complex and Ghost in the Shell Movie).

Mullets may not be the hairstyle for everyone, but these characters put others to shame. Style and strength mixed with tons of personality make these characters, or any with mullets for that fact, stand out in any anime.

Here, we conclude our article on “Anime Characters with A Mullet.” We hope you like our list. We will be back with another article. Till then, stay healthy.

Engineering edified me dreams’ propelling. And being an Otaku, a superlative dream of mine engulfs experiencing anime to its deepest quintessence and inditing my perspective towards it. Ultimately, anime blogging carved a path towards my desire and made me stand up to you. Who is the main villain in Jujustu Kaisen? Top 10