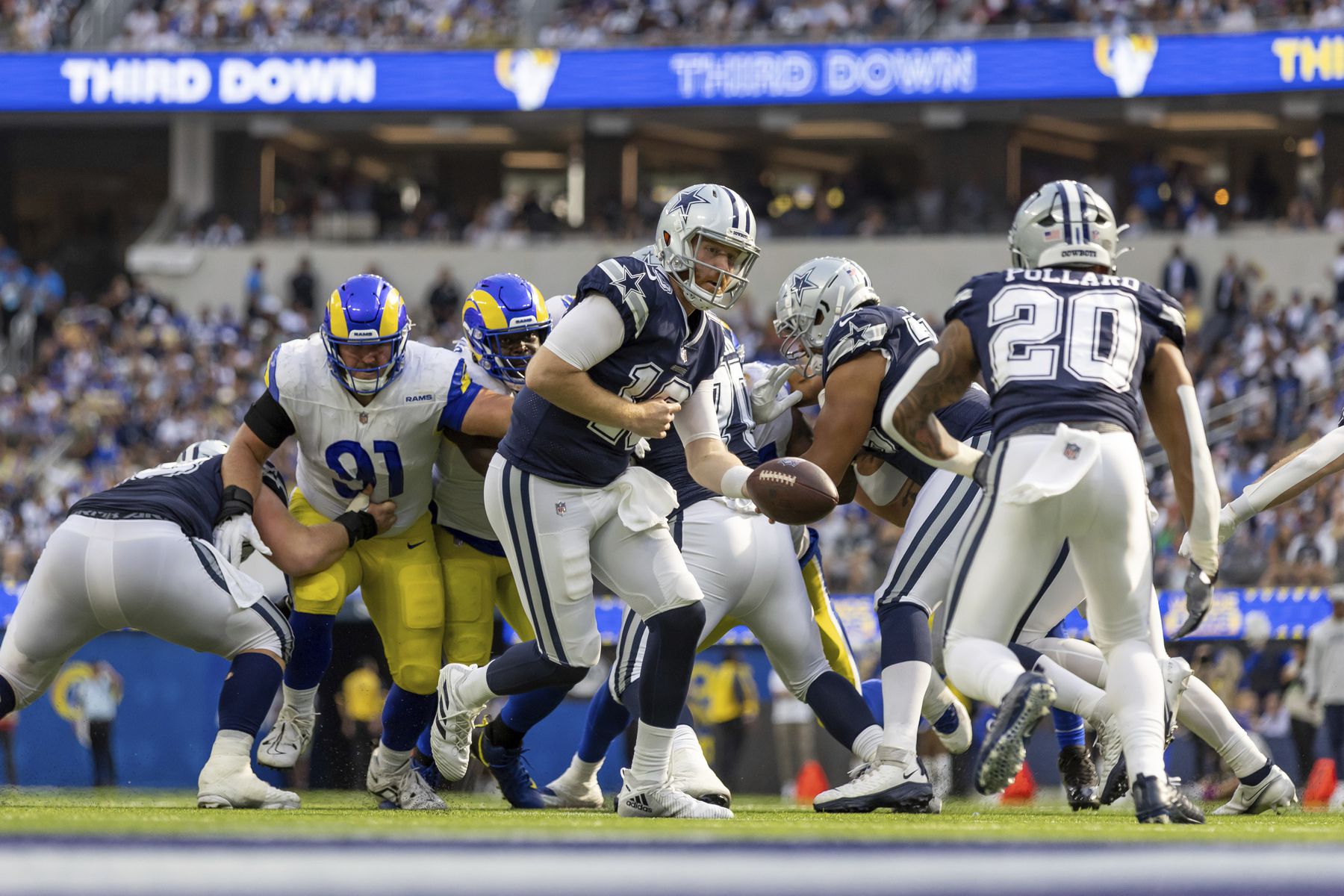 The Dallas Cowboys and Philadelphia Eagles face off on Sunday, Oct. 16. The game will be live streamed on fuboTV (free trial) and DirecTV Stream (free trial).

Jason Peters is ready to return to Philly and play in front of some bleeping idiots.

His endearing words toward the fans, of course.

A nine-time Pro Bowl pick and two-time All-Pro, Peters built a Hall of Fame-worthy career at left tackle for the Eagles that included a spot on the NFL’s Team of the Decade for the 2010s.

He missed out, though, on the biggest moment in franchise history when he suffered a torn ACL during the 2017 season and missed the Super Bowl. Peters still earned a Super Bowl ring but his performance never quite rebounded to an elite level. He spent last season with Chicago and signed this season with the Cowboys — you know, the Eagles’ most-hated rival.

Peters comes back for a pretty big game: The Eagles are 5-0 and the only undefeated team in the NFL. The Cowboys (4-1) have won four straight. The Eagles can take a two-game lead on the defending division champions with a victory on Sunday night.

Philadelphia is 5-0 for the third time in franchise history. The Eagles started 7-0 in 2004 when they finished 13-3 in the regular season before falling in the Super Bowl to New England, and began 6-0 in 1981 but dropped their first playoff game.

The Cowboys and Eagles will be televised on NBC.

COOPER SHARP: Dak Prescott is antsy to start for Dallas, but Cooper Rush will remain the Cowboys’ QB on Sunday night.

Prescott fractured the thumb on his throwing hand in a season-opening loss to Tampa Bay. Rush took over and has won four consecutive starts, including over last year’s Super Bowl teams in Cincinnati and the defending champion Los Angeles Rams.

It would be the first start against the Eagles for Rush, who has won the first five starts of his career, including a victory at Minnesota last season.

Rush has been solid but hardly lighting up the scoreboard. He threw for only 102 yards in Sunday’s 22-10 win over the Rams. Dallas is 27th in the NFL in passing at 182.2 yards per game and is coming off its lowest net passing total in a victory since 2000.

“He’s going out there and he’s executing and he’s putting them in a position to help them win,” Eagles coach Nick Sirianni said. “So a lot of respect there. We do have more tape on him than the Rams did or than the Giants did. But good job to these guys of putting them in position to succeed.”

HOT HURTS: Eagles QB Jalen Hurts is coming off his first outing that cooled the MVP hype. Hurts, though, has still won eight straight regular-season games, the longest active streak in the NFL. Hurts has passed for 1,359 yards and four TDs and has run for 266 yards and six TDs this season. He’s turned the ball over twice while accumulating a 97.4 QB rating.

Hurts has also tried to stay out of the recent debate about roughing-the-passer penalties.

Defensive players around the NFL are frustrated about being flagged, questioning what constitutes a legal hit and wondering how far referees will go to protect quarterbacks.

“I think there’s a balance with it,” Hurts said. “Obviously, I want to be protected back there. But those are things that I really can’t control.”

BORROWED TIME? While the Cowboys are tied for the fewest offensive touchdowns allowed (five), they’re also tied for the second-fewest scrimmage touchdowns scored. This from a unit that was among the best in the NFL last season.

Rush has kept the Dallas offense out of trouble by avoiding turnovers. He’s the only qualifying QB in the league without a fumble lost or interception (two would-be picks were negated by penalties against Washington).

But the offense could only take credit for 13 points in the 22-10 win over the Rams — the fewest in Rush’s four starts. And one of the two drives that led to a field goal covered just 35 yards.

How much longer can the offense lean on a defense that’s third in points allowed?

“I think eventually we have to start scoring more points,” running back Ezekiel Elliott said. “Hopefully we don’t have to get better. But we want to get better.” 86-year-old man killed, 2 others injured in crash on I-59 in St. Clair County Latest News