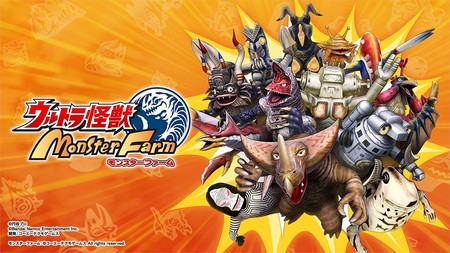 The game will also ship physically and launch digitally on October 20 in Japan and in Asia with English subtitles.

The game is a spinoff of the Monster Rancher game series. The Nintendo Switch game tasks players with taking care of kaiju monsters from the Ultraman series.

Players are able to collect a variety of kaiju from the Ultraman series, and do various activities with them to raise them, including feeding, training, studying, and adventuring. Players are able to send their kaiju into tournament battles, and also fuse different kaiju for unique results, with around 200 kaiju in the game (including fusions).

The first game in the Monster Rancher series debuted for the PlayStation console in 1997. The game tasks players with raising a variety of monsters to fight in tournaments, with players deciding how to raise the monster, which then determines how the monsters fight. A notable feature of many games in the series is the ability to generate a random monster dependent upon discs that players provide for the game to read.

Monster Rancher 2 initially debuted for PlayStation in Japan in February 1999. The game then launched in North America in August 1999 and in Europe in October 2000.