Comic Meteor announced on Tuesday that Alifred Yamamoto‘s Science Fell in Love, So I Tried to Prove It (Rikei ga Koi ni Ochita no de Shōmei Shite Mita) manga is inspiring a stage play adaptation that will run on December 22 and 23 at Osaka’s Yes Theater. Current students and alumni of various Osaka-based dance, acting, music, and performing arts vocational schools will appear in the show. 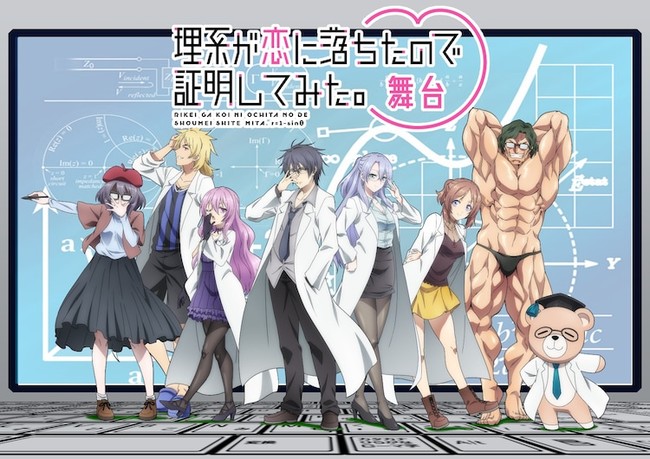 The manga launched on G-mode‘s Comic Meteor website in 2016, and is ongoing.

The manga centers on Ayame Himuro and Shinya Yukimura, two scientists who are in love with each other. They want to prove that their love can be scientifically proven, quantified, and expressed factually.

The first anime season based on the manga premiered in Japan on Amazon Prime Video with all 12 episodes in January 2020. The show also aired on TV in Japan. Crunchyroll streamed the show as it aired and also streamed an English dub.

The second season, Science Fell in Love, So I Tried to Prove It. r=1-sinθ, premiered on April 1. Crunchyroll again streamed the series as it aired.

A live-action television series of the manga premiered in September 2018 and aired for four episodes. A live-action film opened in February 2019.