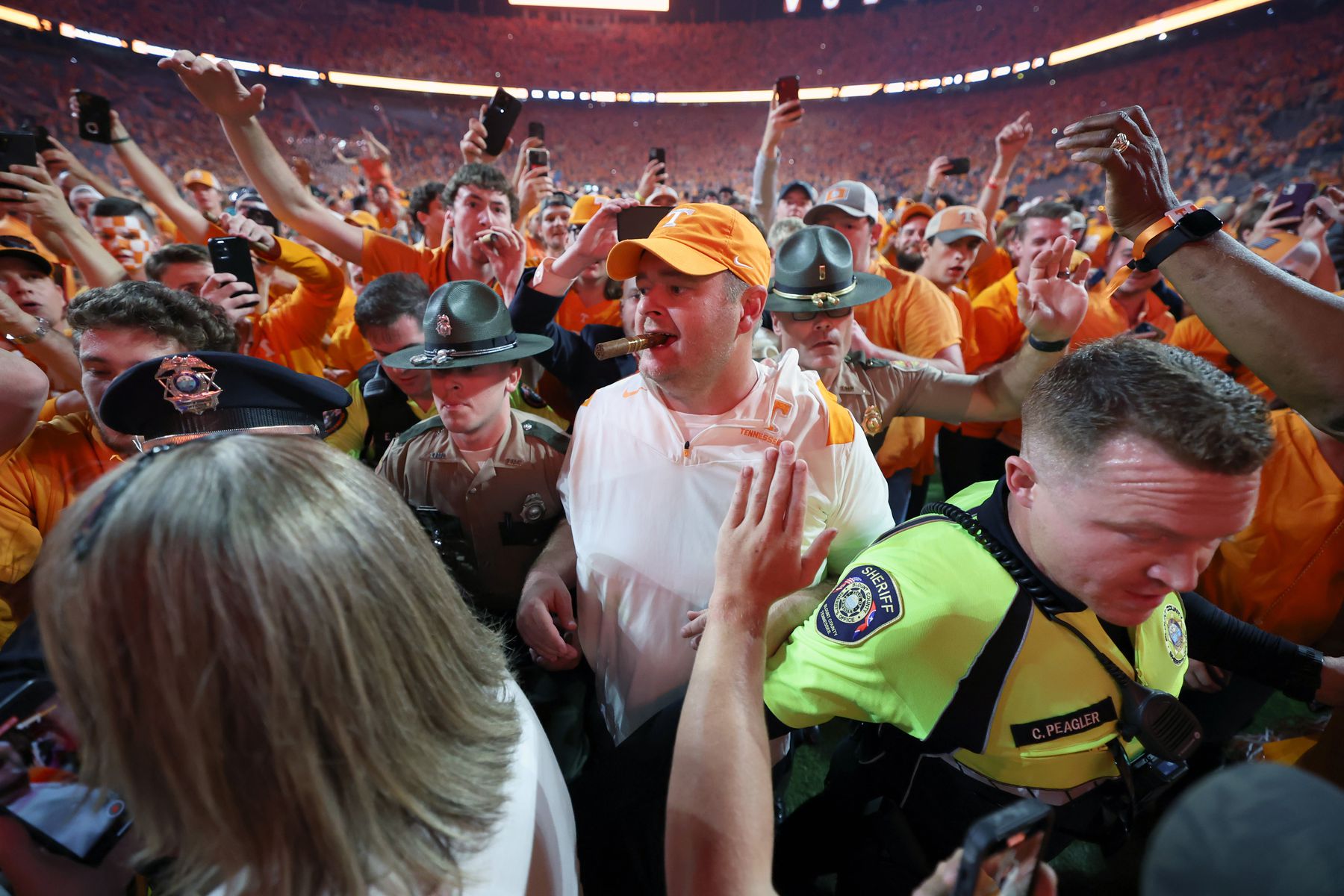 It was fun while it lasted, and it lasted longer than anyone imagined when it started 15 years ago with an inspired onside kick. Something profound changed in not one but two traditional college football powers on the Third Saturday in October of 2007.

Nick Saban and Alabama didn’t win a game the rest of that regular season, but they were on the way up. Tennessee would advance to the SEC Championship Game and lose, but the Vols were on the way down. Phillip Fulmer, Public Enemy No. 1 to the Crimson Nation, was on his way out a year later.

The rest has been a decade and a half of dominance for those who wear houndstooth and misery for the fans of the bluetick hound. Until Saturday, 5,838 days after it began. The Vols came to the crossroads one more time, but this time they stared down the GOAT, who watched another of his strangleholds go up in smoke.

Tennessee 52, Alabama 49 will be remembered for a long time for a lot of reasons on both sides of the state line and beyond, but in the aftermath of the fireworks, the field rush and the fallen goalposts, you had to wonder. Was this simply the latest program to experience a rare victory over the Crimson Tide and celebrate a fleeting emancipation?

Or did something profound change in not one but two traditional college football powers on the Third Saturday in October of 2022?

That question will linger as the Crimson Tide tries to lift itself from the cigar ashes of another October surprise. Last year’s doubts about the dynasty were raised by a lost trip to College Station. A final-play Texas A&M field goal ended Saban’s perfect record against his former assistants. Jimbo Fisher showed it was possible to better the mentor, and Kirby Smart and Georgia did the same in the National Championship Game.