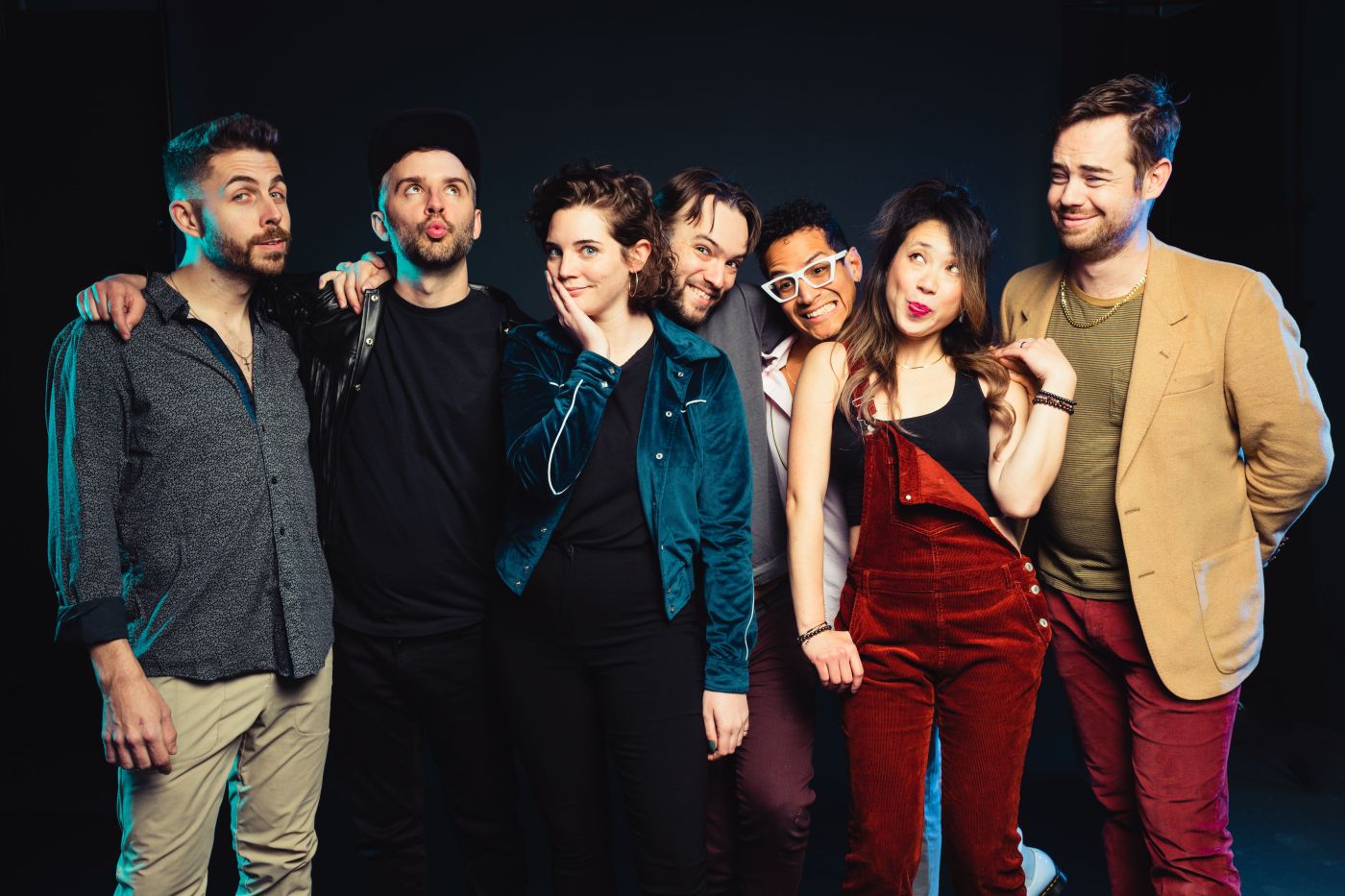 II’s not often that one gets all teary watching a music video. But the latest release by the Brooklyn-based jamming band Sammy Rae & the Friends, “If It All Goes South” is likely to get that reaction.

Set to a light and breezy song, the touching video shows a senior couple meeting and falling in love; singer Sammy Rae — aka Derby, CT native Samantha Bowers — plays the good angel that brings them together. Along with starring in the video, she also co-directed it.

“It’s very much a song that says, ‘No matter what happens next, we had a lot of fun’– and that’s a common theme in a lot of our Friends material, that there’s something to be gained in the present moment,” she said last week. “When I started playing it for the band they all said, ‘I know this feeling, this is young love, it’s like when I was 16’. And I thought, people are going to think of youth when they hear this song, so let’s show two seniors falling in love. I don’t think people over 50 are well represented in media and I wanted to tell their story.”

It was also her idea to use Barbara Lochiatto– from “Some Kind of Heaven,” an acclaimed recent documentary film about retirees– as the female lead. “Watching that movie I just fell in love with her story and her look. So I found her online and when I learned she was still in Florida I said ‘That’s it, we’re going’.”

Though raised on classic rock, Bowers sings in a gospel-infused style that suits the band’s multicultural mix of rhythms. “I did find the church to be pivotal in my coming of age — I went to different ones from Catholic to Baptist to Pentecostal, just trying everything. I’m also a big fan of Bob Dylan and Paul Simon, which you can tell from my habit of constantly putting too many syllables in one sentence to get the message across. I think we’re like the E Street Band in that you look onstage and it’s not just about Bruce; everyone onstage is a unique individual with their own sound. The glue is my vocal delivery, and the fact that you never know what you’re going to get.”

Onstage Bowers goes out of her way to make her shows as warm and inclusive as possible. “We want our shows to cater to everyone, especially those who are most often forgotten in the live space. We tour with an ASL interpreter, and we’re vocal about not using strobe lights for people who have sensory difficulties. A huge proportion of our audience is young and creative, and a lot of them are queer. It can be difficult to know that you are safe, especially when you leave the large east coast metropolises, so I don’t think it can be said enough. Plus, a large part of our mission is that you’re free to be yourself. We are pretty wacky characters ourselves, so we want to do that so hard that you can’t help but do it yourself.”

The band is serious about the friendly vibe it cultivates; during a 2020 show at the Sinclair (which was filmed and put up on Youtube) drummer Sebastian Chiriboga even paused during his solo to proclaim his love for his bandmates. Bowers admits that such moments may cause cynics to wonder if they’re for real.

“There is totally a risk of that but frankly, I don’t care. Because that’s who we really are. People may find it unusual to see grown men proclaiming their affection for friends, or to see a young woman in command of everybody onstage, and in the audience. Or to see an audience comprised of people of different races and different economic factions. A lot of what we do onstage is going to make people uncomfortable– and I hope so, because we’re trying to change the world here.”