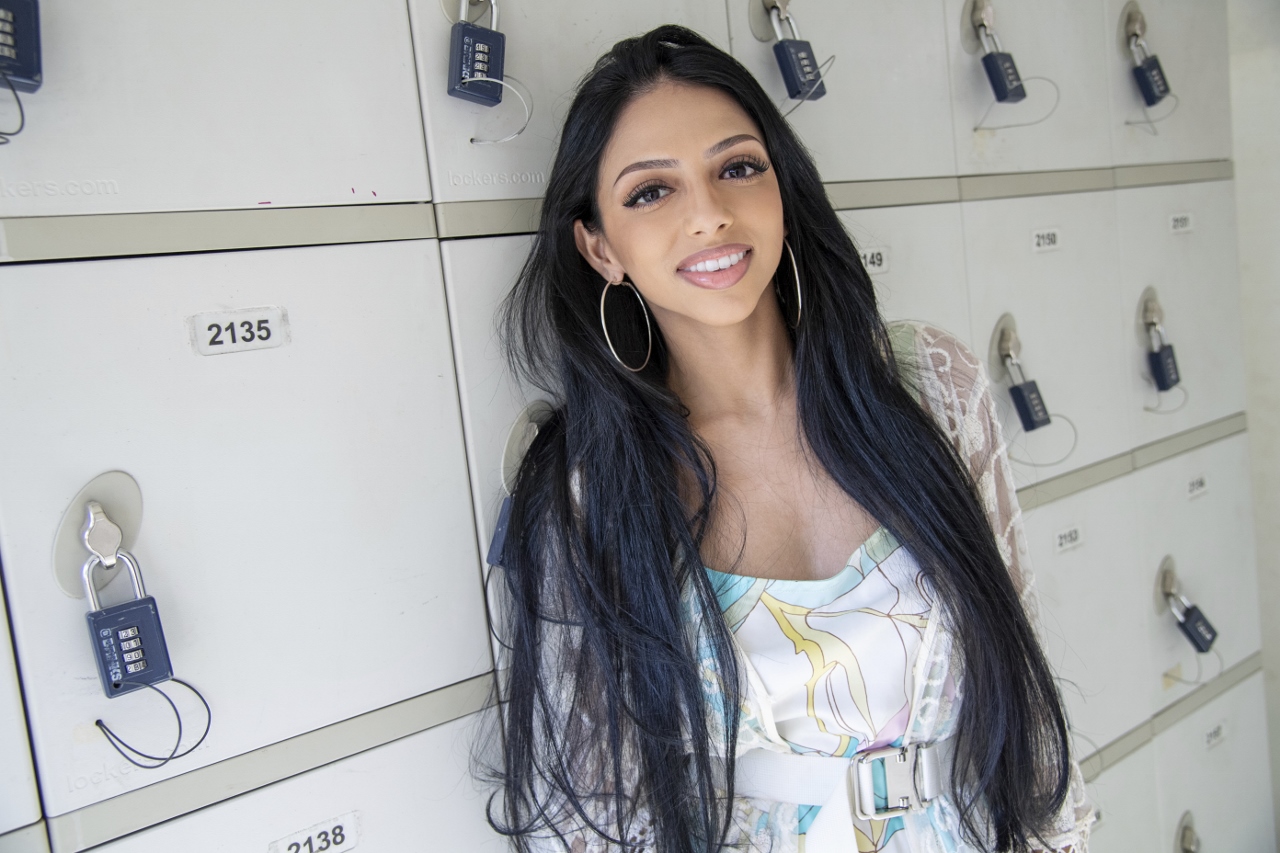 When emerging R&B vocalist Saleka hits the House of Blues on Tuesday, she’ll be opening for hitmaker Giveon– but it’s a safe bet that Saleka won’t be an opening act for much longer. With her striking vocal and visual style, and a sound that draws from elegant jazz and classic R&B, she looks like a bigger star waiting to happen.

“It’s been an interesting journey,” she said this week. “I try not to think about [stardom], but you don’t want to skip steps. For whoever connects to my music, I’ll say that it’s all natural to me– I put every piece of my record together, I mixed it, I produced it and wrote it. So if I can grow a fanbase, then it’s great. I’m thinking of this tour as an intense education.”

Saleka’s visual style is no accident: Her father is the film director M. Night Shyamalan, and her sister Ishana is also a director (both have directed videos for her). Growing up in a creative family had a notable impact, she says.

“My dad has a disciplined spirit that he applies to all of his art, and he instilled that in me and my sisters. We grew up on movie sets watching my dad direct, and then talking about art at dinner — What it means to create, and the responsibility and privilege of that. When I told him that I wanted to do music he said, ‘This isn’t something that you do for fun. It has to be the only thing you can ever see yourself doing your entire life.’ That left a mark on me.” She also absorbed the jazz and R&B that her parents played. “Lots of Lauryn Hill and Nina Simone, and Amy Winehouse was very inspirational. Those artists were a big part of my growing up and how I came to understand the world.”

So far, her best-known tracks are the ones she wrote for her father’s soundtracks: She contributed a number of songs to his TV series “Servant” and one to his recent movie “Old.” In both cases, the darker nature of those films prompted her imagination as a songwriter.

“My favorite part of growing up around movies was watching them record the soundtracks– sitting in the studio with the whole orchestra, having the most magical experience seeing it all come together. I grew up on horror movies, so the darkness in that aesthetic has been part of the music as well, and in the videos that my sister directed. That eerieness, the emotional vulnerability and the philosophical perspective on the world; that’s something we both took from my dad. For ‘Servant’ we wanted to take one song and have it run through many seasons, to connect it with this character as she grows and finds her power and strength.”

Though her musical roots go back to childhood, she also studied music at Brown University in Providence. “That was where I was allowed to explore my interest in jazz, with a lot of amazing artists from Brown and RISD. We had a band that performed together at college parties– and that was the complete opposite of the piano recitals I was used to, since nobody can hear you and nobody cares. I needed that to break out of the habits of perfectionism that I have, and that’s something I’m still working on.”

So far Saleka has released only the soundtrack songs and a handful of singles; her debut album ‘Seance’ is set for the fall. “The album is really super personal, because writing songs has been my way of processing life. It was a certain few years that were very transformative for me– Going through heartbreak for the first time, dealing with loss, coming from an immigrant family and learning what it means to be a woman of color in this country. Music has been my way of understanding all that.”