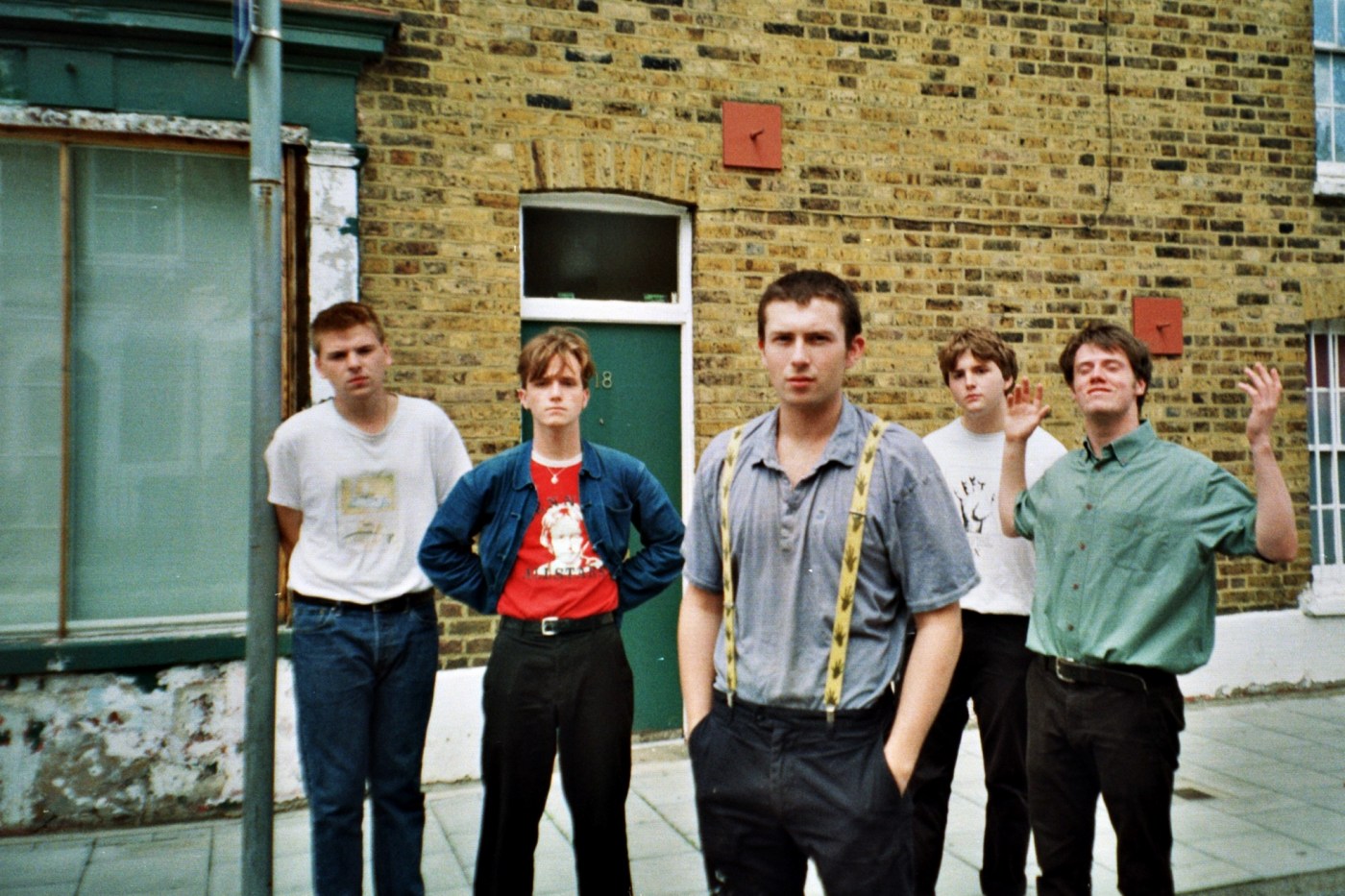 If you cut your teeth on post-punk, if you love jagged guitars and snarling vocals, and if you shelled out a hundred bucks for the recent Gang of Four reunion, meet your next favorite band. On their two albums to date, the South London band Shame (or shame, as they prefer to write it) have taken the classic sound of edgy post-punk and given it a swift kick.

The band hails from the district of Brixton, which has had a certain mystique since the days when the Clash referenced it.

“I’d say it’s very similar to certain cities in America,” said frontman Charlie Steen. “The similarity is that there’s no funding for any live bands or musicians, unless they’re in the opera or the choir. That creates a certain drive, which you can probably see in Philadelphia as well as south London. These amazing artists seem to come out when you experience a certain level of being ignored.”

The band came up through the Windmill club in Brixton, where they stirred up a scene with like-minded bands including Black Midi, Sorry and Goat Girl, all now well established in the UK.

“At first they had us supporting a lot of bizarre bands, mostly bands older than us. But of course, we were 17 and everybody was older than us. After a while the booking agent allowed us to put on our own nights, so we brought people like Sorry and Goat Girl along. It was the only club in London where you got to keep all the cash you made at the door, and where you didn’t need ID. And for a band of teenagers, making 80 pounds was a pretty big deal.”

Shame hits town and plays the Sinclair on Wednesday.

Steen says that “household names” like Iggy Pop and David Bowie influenced him early on, and that he wore out the first Roxy Music album in high school. Shame’s first album, “Songs of Praise,” took off fast in the U.K. and led to them playing Glastonbury in 2019, last year’s “Drunk Tank Pink” — a somewhat deeper and moodier album — likewise drew raves last year.

“We worked so damn hard for it, so the recognition was nice. I guess the turning point was that our shows started selling out soon after the first album. What’s been most gratifying for us is that people don’t seem to pick out individual songs; they listen to the album straight through, which is how we prefer it.

“The first album was more traditional guitar band. We were 20 and 21, so the songs were all about things that happen in your adolescence — like breakups and moving out of home — combined with the abnormal job of being on the road a lot, leaving one culture and being ensconced in another.

“The second one is maybe more internal, looking at the growing pains that happened since then. But I think that all our albums have a certain sense of optimism.”

The current tour will introduce new songs from their upcoming third album, which they recorded this year with star producer Flood (of U2 and Nine Inch Nails fame).

“Our manager gave us a challenge, to play a show in two weeks time and to have all new songs written. Then Flood brought in that element of insanity. The method he brings into everything is that you try every way of doing something, every option that is humanly possible. I’d say it’s a combination of the other two albums, in the best way possible. It’s the best album in the world ever, and that’s being modest.”