The best way I can describe No More Heroes III is that it’s like if I went into my backyard and dug up a time capsule from the early 2000s, opening it up to find all these old video games, arcade pictures, and VHS tapes of shows that I tried to record. In other words, No More Heroes III is an unapologetic love letter to a simpler time; it tries to carry on the legacy of what the gaming sphere was like before and tries to present it with a modern coat of paint. It’s not a combination that always works, but there’s something about its brazen attitude that makes it endearing all the same. 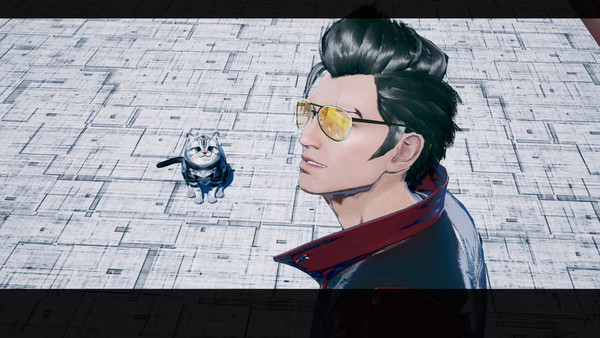 You start No More Heroes III in the shoes of Travis, who leaves his apartment building unceremoniously with his fellow assassins after aliens put a giant crater a few blocks away. No time to ask questions, just gotta plow through. The plot doesn’t really matter as it simply serves as an excuse to make Travis battle up the literal ranks, taking on one boss fight at a time before he confronts the over-the-top villain. The boss fights are the core of this 10+ hour game, but there’s also a lot to fill in the gaps between those major moments—for better and for worse.

For one, No More Heroes III absolutely oozes style, and the presentation is probably going to be the most memorable part of the game. The game is broken up into sections that are almost presented like a retro TV show, complete with CRT filters and various changing art styles. There are plenty of references to pop-culture artifacts from the past 20 years, from comic books, television blocks, and movies, to other games in the No More Heroes franchise. I’m not 100% sure how No More Heroes III fits canonically in the franchise as a whole. To the best of my understanding it doesn’t play out like a direct sequel to No More Heroes II, but since that second game came out over a decade ago, it’s probably a smart decision to allow players that have no exposure to the franchise to just jump right in and embrace the madness. Where else will you find a game where you save your game by taking a dump in the toilet? 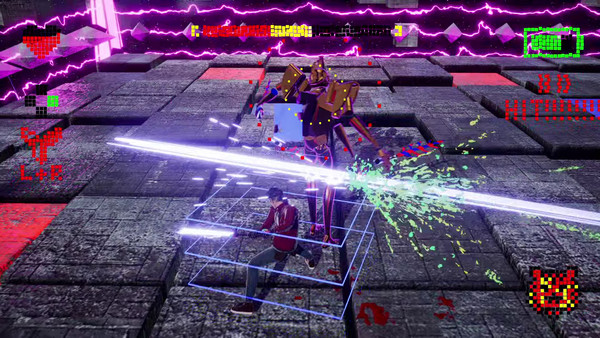 Speaking of accessibility, while No More Heroes III includes a variety of gameplay styles for the sake of variety (hold that thought), it is primarily a beat ’em up with very simple mechanics. There’s the usual standard and heavy attacks, perfect dodge rolls that give way to attacks of opportunity, and power-ups that level the playing field as you progress throughout the story. You’ll end up fighting your first boss roughly 20 minutes into the game, and despite the straightforward game mechanics, the different patterns and routines that you’ll be going up against during the boss fights are what will really test you. The boss fights were a major highlight for me, as it was fun trying to find the most effective way to beat my opponent down after readily observing their attack pattern. It’s nothing brutally difficult, but definitely memorable with all the unique designs and aesthetics on display. All of this is accompanied by aural elements that are full of personality and charm, and if you are a retro gamer at all, then the soundtrack and sound effects will hit you right in the nostalgia. I can’t think of any single track that stood out to me individually as memorable, but the overall theme of the soundtrack complements the style that the game is going for.

The problem is that while No More Heroes III‘s high points are sufficiently entertaining and memorable, everything it does in between leaves a lot to be desired. As I mentioned before, this is a 10+ hour game, and given its incredibly simple structure and approach, I do think it overstays its welcome for a little bit. The different areas and mini-games between each boss fight are either overly barren or incredibly simple to the point of repetition. The same combat mechanics that shine during the boss fights becomes mindlessly repetitive as the game forces you to fight similar attacking enemies over and over again. No More Heroes III definitely strikes me as a game that had one really fleshed-out core idea that got buried in a mountain of concepts inspired from other games. Variety isn’t inherently a bad thing, but when nothing stays long enough to really be flushed out, it makes you wonder why it was there in the first place. Think of it like a really solid movie script that got slowly eaten away by notes. 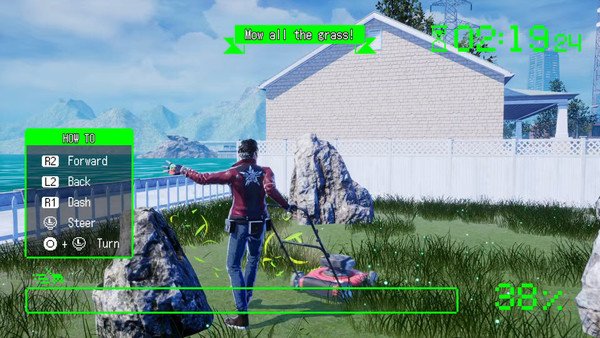 Also, while the game is generally successful in taking a retro aesthetic and giving it a modern coat of paint, sometimes that paint can come off as trying to cover up some cracks. I played this game on the PS5, and there were brief but frequent moments of pop in during cutscenes and scene transitions. The designs for a lot of the aliens are lovely, but some of the textures of the more organic-looking ones can come off a bit odd; for example, the hair on the main boss never really looks like it’s rendered properly in cutscenes. None of these things are major issues on their own, and the game’s visual hiccups never affected the gameplay, but their frequency is worth mentioning.

Overall, if you are a fan of previous entries in the franchise or love games that harken back to that old retro aesthetic, then I think No More Heroes III will be right up your alley. I’d advise against marathoning the game in a single sitting, as its repetitiveness and visual jank becomes more noticeable under longer play sessions. But if you savor it in bite-sized chunks and take the game about as seriously as the game takes itself, then I think you’d be in for a relatively good time.