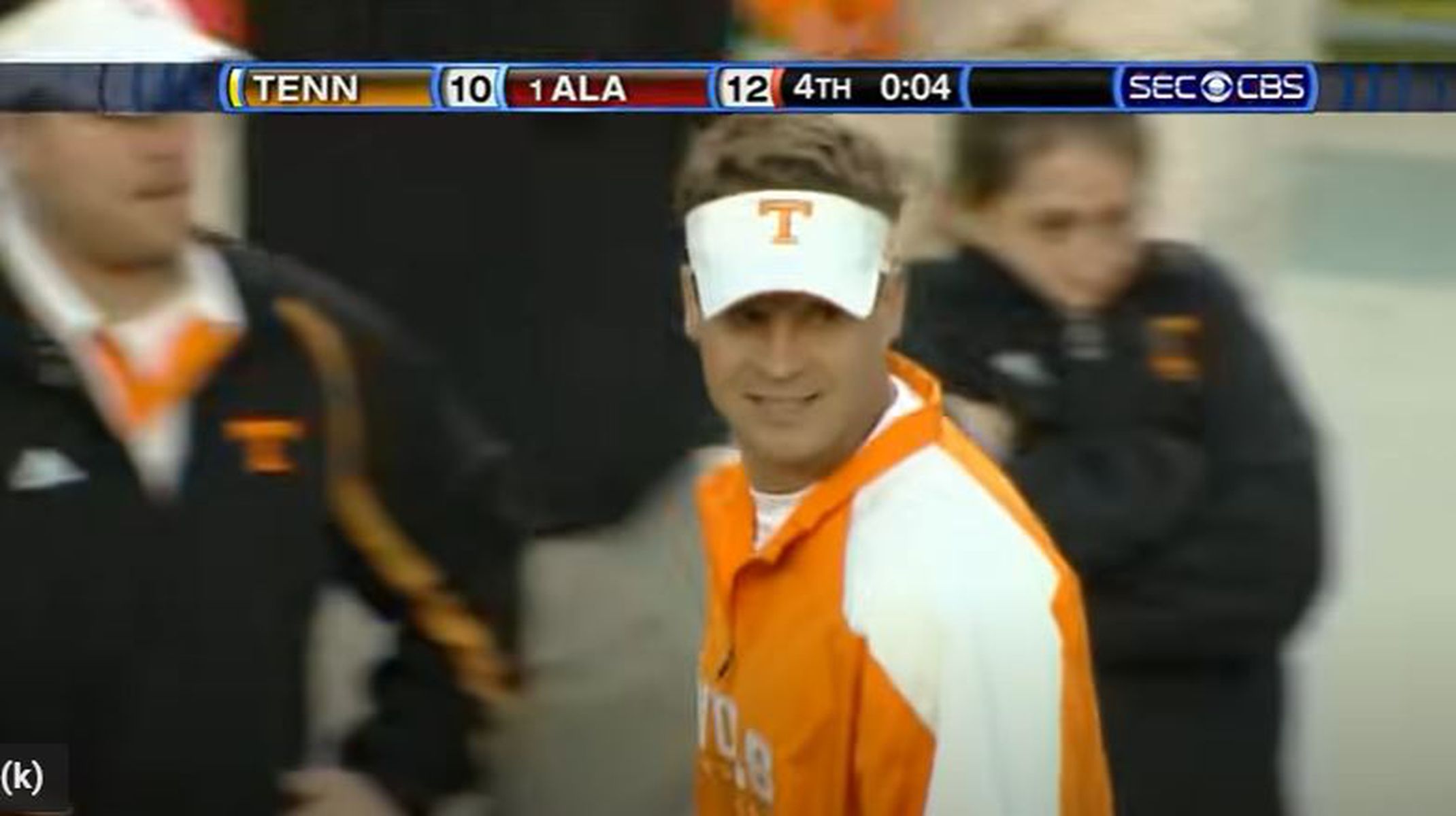 Leave it to Ole Miss’ Lane Kiffin to stir the masses.

As Chase McGrath’s 40-yard field goal lifted No. 6 Tennessee 52-49 over No. 3 Alabama to snap a 15-game losing streak to Nick Saban and the Crimson Tide, the Ole Miss coach took to Twitter become a part of the story.

“Make it this time,” Kiffin said.

The reference, of course, was to the 2009 game when Kiffin-led Vols fell to Alabama 12-10, thanks to a block by Alabama’s Terrence Cody.

Cody, the Crimson Tide’s 350-pound nose guard, blocked a 44-yard field-goal attempt on the final play — his second block of the fourth quarter — and Alabama escaped with a over rival Tennessee.

This time it was Alabama’s Will Reichard who missed a field goal from 50 yards that gave the Vols a final chance.

Tennessee – led by quarterback Hendon Hooker – who had the ball with 18 seconds at the Tennessee 32 – who hit Ramel Keyton for 18 yards to the 50 yard. He then hit Bru McCoy for 27 yards with two seconds left to set up the game-winning kick.

On Saturday, as soon as the kick knuckle-balled through the uprights, some of the more than 100,000 fans stormed the field to celebrate the Volunteers ending a 15-game losing streak to the Crimson Tide. It didn’t take long for the goal posts to go down. Hendon Hooker drove the Vols 45 yards in 18 seconds to set up the winner.

Alabama quarterback Bryce Young, a game-time decision because of a sprained right shoulder two weeks ago, completed 35 passes for 455 yards and two TDs. Shiv Thakre and Shalin Bhanot engage in a brutal spat; Former tags latter as ‘Unpredictable’ and a person with ‘Personality Switch’ Latest News