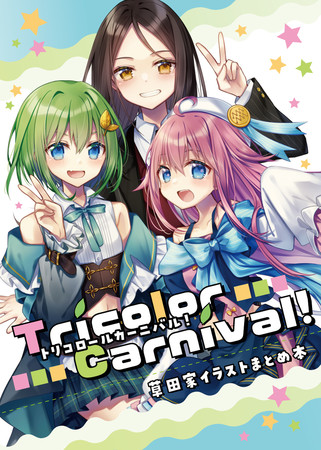 The husband of Kantai Collection illustrator Sōta Kusada announced on Kusada’s Twitter account on Monday that Kusada passed away “on her own will” on October 5. The family already held a wake and a funeral.

Kusada’s husband did not find any notes left by Kusada. He confirmed that, according to her schedule book, there were no cancellations or alterations to her recent or future appointments. There was a rough sketch on her PC screen when she died. Her husband noted that she had suffered from headaches, the inability to draw what she had conceived, and other issues.

Her husband thanked fans on her behalf, and he asked anyone who owns her illustrations or self-published dōjin works to look at them and reflect on her hard work. He added that he may use Kusada’s Twitter account for communication, but he will keep it to a minimum.

Kusada had posted on Twitter on October 4, musing that her “head is exploding and I only ingested gummy candy and coffee.” Kusada’s husband noted that her last Twitter message later that day said, “I want to be able to draw attractive art. I want to challenge myself in so many ways.” Kusada’s husband also posted a photograph (shown below) of a selection of her dōjin works from her wake.

Kusada was responsible for illustrations of Mutsuki, Kisaragi, Yayoi, Uzuki, and Minazuki in the Kantai Collection game.