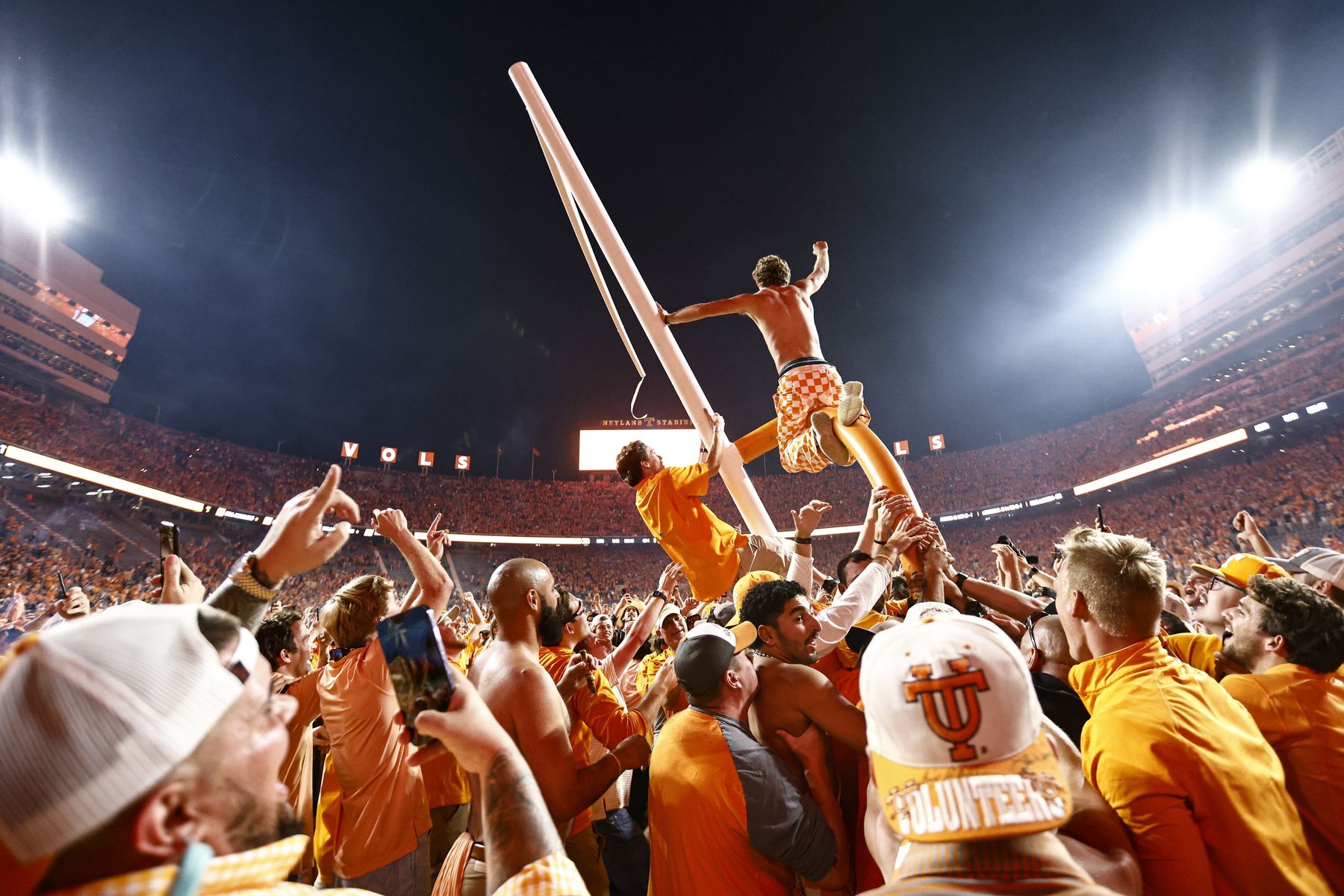 The face of Henry To’oTo’o burned with emotions few others in this stadium of smoking madness could understand.

How could they? His struggle on this night represented a rare experience.

Tennessee defeated Alabama 52-49 on Saturday at Neyland Stadium in Knoxville, Tennessee, and the win for the Volunteers snapped a losing streak to the Crimson Tide stretching back to 2007. To’oTo’o is the talented starting middle linebacker for Alabama, but he began his college career at Tennessee. He played two whole years for Tennessee before transferring to the enemy.

He knows this Third Saturday in October like no one else, and he is now a part of its folklore. To’oTo’o celebrated victory in 2021 with Alabama, but he has lost three times in this rivalry with two different teams.

Leaving Tennessee for Alabama is something they do not appreciate here among the hills and hollers, and so To’oTo’o could do nothing but feel the weight of this conflict from all of its sides. It was an incredible game, but for To’oTo’o it was more.

“We’ll see them again,” he kept saying afterwards, and I am inclined to believe him.

RELATED: What Saban said about the wild ending against Tennessee

RELATED: Watch as Tennessee fans celebrate by pulling down goalposts

Alabama coach Nick Saban said his defense played soft, but it didn’t feel like that. It was more like a game between the two best teams in the SEC, and the team with the ball last was going to win.

Beware Georgia. It has been a long time coming for Tennessee, but the Vols are back.

Tennessee’s offense bit off huge chunks of yards all game against the proud defense of Alabama, and it could not hold even in the end. A 40-yard field goal by Tennessee kicker Chase McGrath won it at the last, and McGrath needed every inch to make his history.

Tennessee had 567 yards of offense in all, and Alabama had 569. For Tennessee, its 52 points in the end represented the most it has ever scored against Alabama.

Unlike this game as a whole, McGrath’s game-winner was not a thing of beauty, and it seemed to clear the crossbar of the uprights by the power of unnatural Appalachian energy. Then, a living spirit of this place, To’oTo’o was engulfed almost immediately by his thousands of his former fans and classmates.

They poured onto the field here and lit their victory cigars. They carried the goal posts away and threw them in the Tennessee River. Through it all, To’oTo’o stood bravely. In this new age of the transfer portal, rivalry games can be heart-rending. To’oTo’o was an island all alone up here on Rocky Top, but he did it with grace and poise.

Still, he was hurting, and it showed.

There was so much smoke, even in the visiting locker room of Neyland Stadium, but the unquenchable eyes of To’oTo’o spoke with a different sting of passion.

“We’ll see them again,” he repeated.

To’oTo’o said it with anger, but also something deeper. Sadness, of course, but also honor. I give him enormous credit for speaking to reporters at all because he didn’t have to do it. But he did, knowing how difficult it would be. That’s uncommon strength, but that’s also a sign of respect.

Respect for what this rivalry means on the third Saturday in October.

Tennessee fans remained on the field long after the game, and even after the player interviews were over. Alabama’s team boarded its buses, and still the fans lingered. They wanted to remember and experience everything about this day.

Among the many fans on the field was Ryan Stocks of Murfreesboro, Tennessee. He is 24 years old, and this epic game was his first time seeing Tennessee best Alabama. He can’t remember the Tennessee victory in 2006.

By his side was his father, Brad Stocks, and with them were hundreds of Tennessee fans in various states of post-game euphoria.

He took a pull on his victory cigar and smiled. So this is what it feels like to beat mighty Alabama.

He had waited so long for this moment. He grew up only knowing one thing, his Tennessee Volunteers looking upward to the towering Tide.

“He’s never seen anything like this,” Brad said. “I’ve been dragging him up here since he was eight.”

It was all over at Neyland except for the smoking, and the vapors carried up into the night like evaporating ghosts. Stocks looked down at a cigar half smoked and lightly thumbed it where the outer layer of tobacco was leafing away like layers of generational shame.

He had been saving the stick since his wedding in May.

Joseph Goodman is a columnist for the Alabama Media Group, and author of “We Want Bama: A season of hope and the making of Nick Saban’s ‘ultimate team’”. You can find him on Twitter @JoeGoodmanJr. What Happened To The Real Li’l Sebastian After Parks And Recreation? Latest News Release Date, Cast, Plot and everything we know Latest News ‘Christmas on Mistletoe Lake’ movie premiere: How to watch and where to stream Latest News