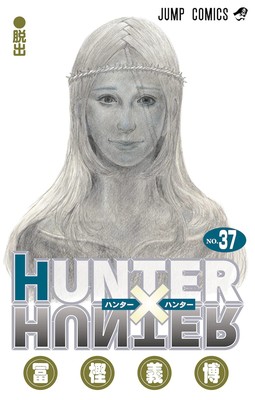 Shueisha announced on Tuesday that Yoshihiro Togashi‘s Hunter X Hunter manga will return after a nearly four-year hiatus in this year’s 47th issue of Shueisha‘s Weekly Shonen Jump magazine on October 24 (JST). The manga has been on hiatus since November 2018, and will have been on hiatus for three years and 11 months when it resumes.

In addition, Viz Media announced that it will simulpub the new chapters in its English edition of Shonen Jump on October 23 (EDT), and has added the previous chapters of the manga to the magazine’s digital vault.

Togashi commented in Weekly Shonen Jump magazine in May that he had finished the rough drafts for 10 chapters, which is the typical amount for a volume. At that time, he had teased that he had finished seven (six at first) manuscripts out of those 10 chapters. He has since continued updating the account with teases of the chapters’ progress. He did not reveal when the chapters would debut.

The manga’s second television anime adaptation premiered in Japan in 2011 and ran for 148 episodes. The final episode premiered in 2014.