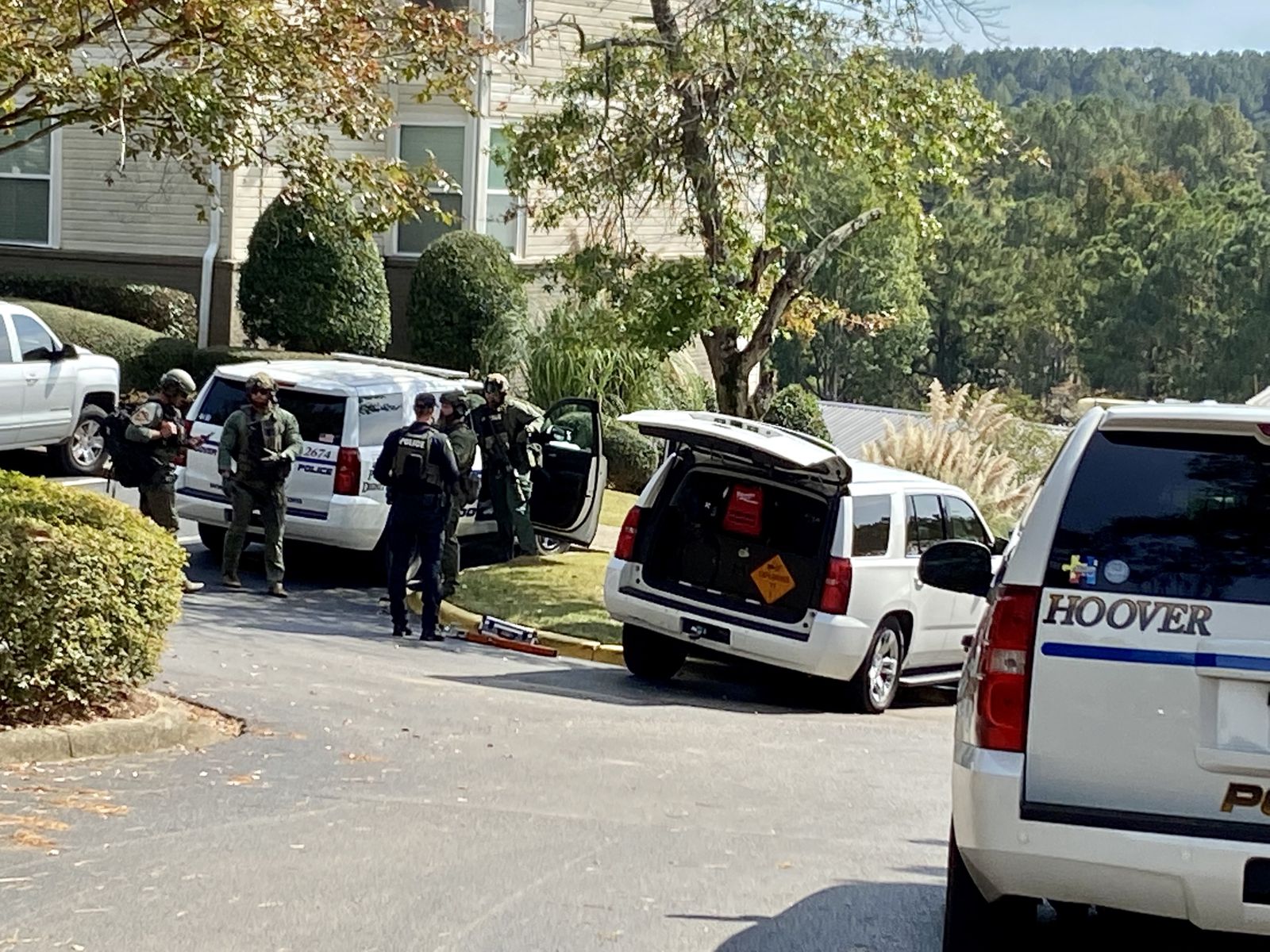 The shooting happened shortly after noon at The Hills of Hoover apartments off Lorna Road.

Details surrounding the shooting have not been released. The ordeal possibly started on an area interstate with a report of shots fired into a vehicle. No one was injured.

The suspect vehicle then reportedly exited the interstate and pulled into the apartment complex where the suspect fired on the officer.

The officer was transported by police escort to UAB Hospital. The injuries did not initially appear to be life-threatening, but a condition has not been provided.

Multiple officers brandishing long guns are on the scene at the apartment complex. Residents reported hearing at least eight or nine shots.

The suspect is said to be possibly barricaded inside an apartment.

This is a developing story and will be update.