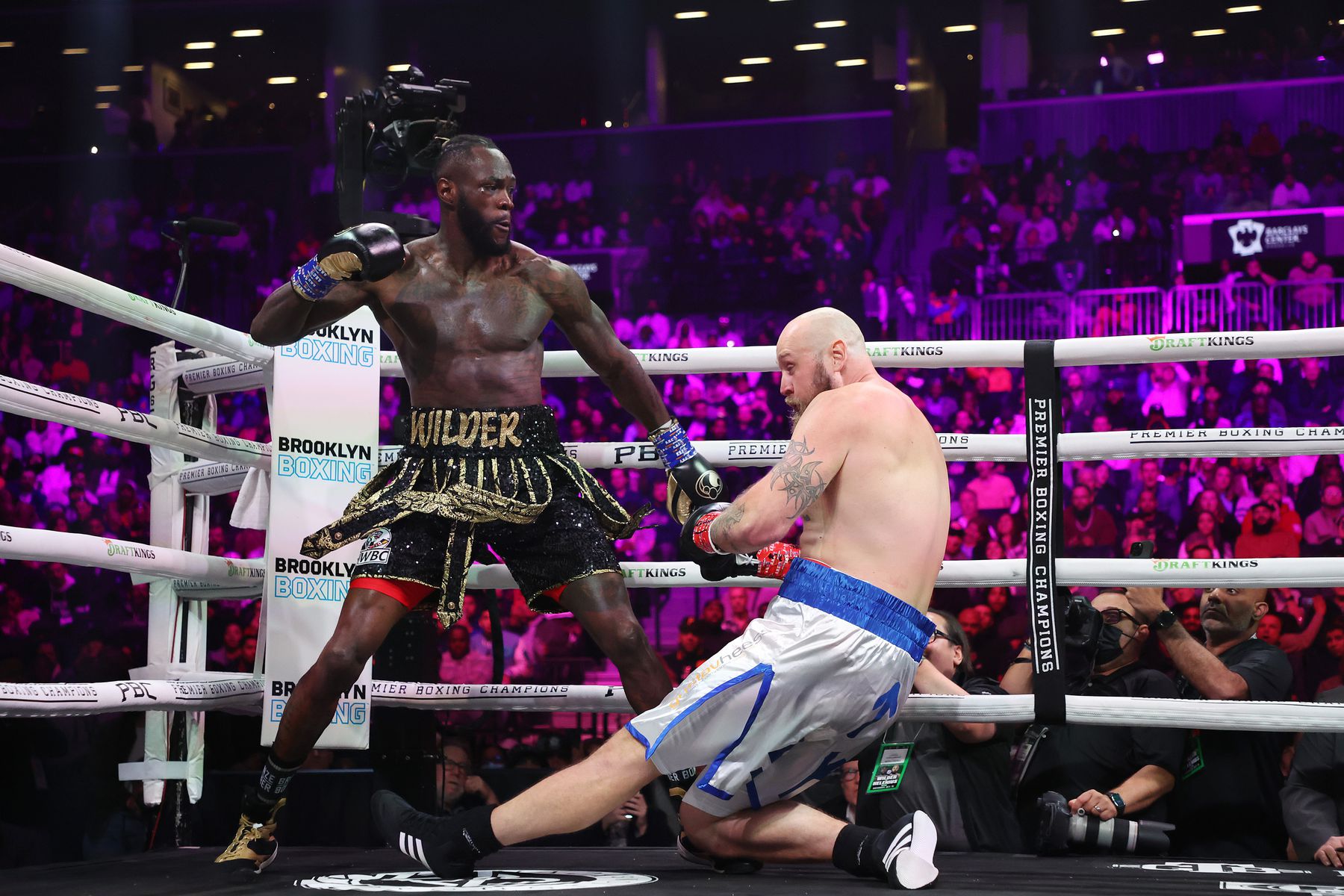 Former heavyweight boxing champion Deontay Wilder made short work of Robert Helenius on Saturday night, knocking him out at the end of the first round at Barclays Center in Brooklyn, New York.

Wilder, the Tuscaloosa native, won for the first time since Nov. 23, 2019, when he KO’d Luis Ortiz in the seventh round in Las Vegas. The 36-year-old former WBC title-holder was knocked out by Tyson Fury in both 2020 and 2021 in the second and third fights of their high-profile trilogy.

On Saturday, Helenius backed Wilder into a corner in the final 15 seconds of the opening round. However, Wilder floored the 38-year-old Finnish heavyweight with a powerful right hand, and Helenius was counted out at 2:57 of the first round.

“When you fight Deontay Wilder, you have to have your A-plus-plus game,” Wilder said.

Here’s video of the knockout punch:

Helenius falls to 31-4. He had a nearly 40-pound weight advantage on Wilder, but could not match the former champion’s power.

“I set him up,” Wilder said. “I allowed him to reach and when he reached, I attacked. It was a great fight.”

It’s not immediately clear who Wilder might fight next. Among the possibilities are Ukrainian champion Oleksandr Usyk — who holds the IBF, WBO and IBO belts — or former title-holders Anthony Joshua and Andy Ruiz Jr. From 1st Season To The Season Premiered Until Now! – Latest News