Voice actress Hellena Taylor, who voiced the titular character in the Bayonetta video game series, posted a series of videos on Twitter on Saturday explaining why she did not reprise the role for Bayonetta 3, and calling for a boycott of the game. In the Twitter videos, she claimed that Platinum Games had offered her a flat rate of US$4,000 to reprise her role, a wage she considered “an insult.” She is asking fans to donate money to charity instead. 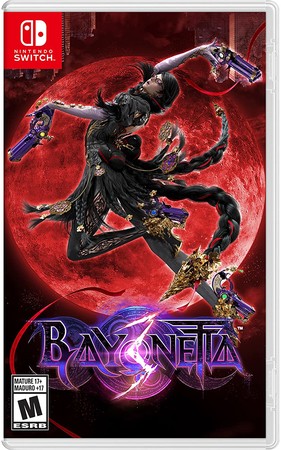 Taylor — who claimed three years of training from the London Academy of Music and Dramatic Arts and four years of tutelage under famed acting coach Larry Moss — recounted to viewers her experience of auditioning again for the role, a process she understood was necessary as voices can change over the years. After having passed the audition, Taylor claimed she was given an “insulting offer.” She said she then personally requested a better offer from Platinum Games director and Bayonetta-creator Hideki Kamiya, and was then offered the rate of US$4,000.

Taylor stated in the videos she suffered from depression and anxiety and that the fear of being left homeless had left her with suicidal ideation. She cited the current economic struggles in her native United Kingdom, and added she is “not afraid” of the non-disclosure agreements she may be breaking by speaking out as “she cannot even afford to run a car.”

Taylor claimed Platinum said the company could not make things work with her schedule, but Taylor said she “had nothing but time.” Well-known voice actress Jennifer Hale is voicing the titular role instead in Bayonetta 3. Game director Yusuke Miyata told Game Informer in an October 5 article regarding the change, “Various overlapping circumstances made it difficult for Hellena Taylor to reprise her role.” Miyata added, “We held auditions to cast the new voice of Bayonetta and offered the role to Jennifer Hale, whom we felt was a good match for the character.”

Taylor stated she wishes no ill will toward Hale, claiming she loves and supports actors, but added she feels Hale has “no right” to call herself the voice of Bayonetta or sign merchandise as her, as Taylor feels she “created the voice.”

While Platinum Games has yet to issue a formal response, Hideki Kamiya posted a Tweet on Saturday that said, “Sad and deplorable about the attitude of untruth. That’s what all I can tell now.” He also warned readers to “BEWARE OF [his] RULES,” likely referencing his pinned Tweet about his tendency to block repliers in mass numbers and to only message him on Twitter in Japanese.

The situation is the latest in a series of controversies involving voice actors and their wages in recent months. Voice actors working with Crunchyroll have mobilized asking for better rights and contract agreements, demanding the door be opened for discussion. Crunchyroll is recasting the characters in the Mob Psycho 100 III anime, after voice actor Kyle McCarley (Mob) revealed that he might not return because Crunchyroll was not complying with his request that the company meet with Screen Actors Guild – American Federation of Television and Radio Artists (SAG-AFTRA) union representatives to negotiate a potential contract on future productions.

Bayonetta 3 will launch for Nintendo Switch on October 28.