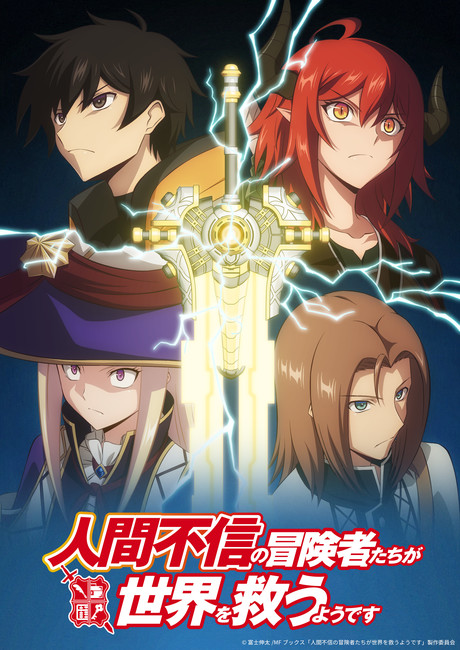 Frontier Works is credited with the original planning for the anime. Itsuki Imazaki (Hensuki, Magical Somera-chan, Ai Mai Mi) is directing the anime and overseeing the series scripts at Geek Toys with animation cooperation by Seven. Hiroo Nagao (Battle Athletes Victory ReSTART!, My Wife is the Student Council President+!) is the character designer and the chief animation director. Ryō Takahashi (Arifureta – From Commonplace to World’s Strongest, Sing a Bit of Harmony, Sk8 the Infinity) is composing the music.

Yen Press has licensed both the light novel series and Masaki Kawakami‘s manga adaptation, and it describes the story:

Veteran adventurer Nick’s life is falling apart. Despite all the knowledge and expertise he’s devoted to his adventuring party, his respected leader kicked him out, his girlfriend dumped him, and his teammates shamelessly accused him of embezzlement. Tired, heartbroken, and looking for a drink, Nick chances upon a few kindred spirits who are jaded as he is. Together, these disillusioned adventurers form an unstoppable team out to save their bleak, depressing world!